The next covid crisis could be a wave of suicides 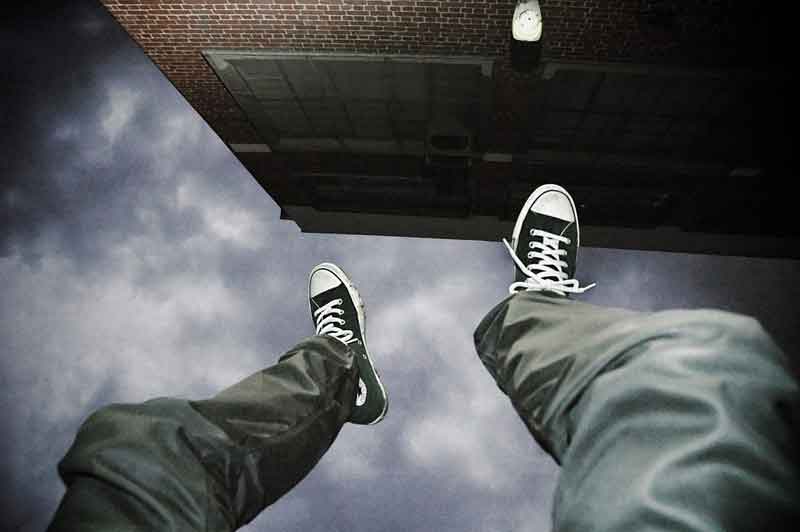 The isolation, grief and economic hardship related to covid-19 are creating a mental health crisis in the U.S. that researchers warn could make the already-rising suicide rate worse.

A just released study tried to quantify the toll. The paper, which was not peer-reviewed, found that over the next decade as many as 75,000 additional people could die from "deaths of despair" as a result of the coronavirus crisis, a term that refers to suicides and substance-abuse-related deaths. The research was done by the Well Being Trust and researchers affiliated with the American Academy of Family Physicians.

"I hope in 10 years people look back and say, 'Wow, they way overestimated it,'" said John Westfall, director of the Robert Graham Center for Policy Studies in Family Medicine and Primary Care, who co-wrote the report.

Even as the American economy rebounded after the last recession, suicides and overdoses cut into Americans' life expectancy. Mental health experts worry that the economic uncertainty and social isolation of the pandemic will make things worse at a time when the health care system is already overwhelmed.

The suicide rate in the U.S. has been rising for two decades, and in 2018 hit its highest level since 1941, according to a viewpoint piece in JAMA Psychiatry in April called "Suicide Mortality and Coronavirus Disease 2019 - A Perfect Storm?" Author Mark Reger argued social distancing could hamper suicide prevention efforts and said ensuring that doesn't happen is a "national public health priority."

"There's a paradox," said Jeffrey Reynolds, president of a Long Island-based nonprofit social services agency, the Family and Children's Association. "Social isolation protects us from a contagious, life-threatening virus, but at the same time it puts people at risk for things that are the biggest killers in the United States: suicide, overdose and diseases related to alcohol abuse."

Since the middle of March, the number of people filing for unemployment benefits has reached around 33 million. Americans' life satisfaction has eroded rapidly throughout that same period, according to a poll released Friday by Gallup. The percentage of U.S. adults who are very content with their current lives and optimistic about their future outlook has dropped to a low not seen since November 2008 during the Great Recession, showed the analysis of more than 4,000 surveys.

"One of the main things people should take away from this paper is that employment matters," said Benjamin Miller, chief strategy officer at the Well Being Trust and a clinical psychologist who worked on the paper. "It matters for our economic livelihood, and for our mental and emotional health."

The financial uncertainty caused by the coronavirus pandemic, coupled with the pervasive sense of isolation exacerbated by stay-at-home orders, makes this moment unprecedented-different from any other economic downturn in recent history-and thus, potentially difficult to model based on past events.

"It's useful to have a wake-up call," said Ken Duckworth, chief medical officer at the National Alliance on Mental Illness. "Unemployment is going to have a very important impact on deaths of despair."

Already data is showing lower-income Americans are more impacted by coronavirus-related stress than their wealthier counterparts: A Kaiser Family Foundation study that showed 26% of people making less than $40,000 a year said the virus had a "major negative impact" on their mental health; only 14% of people making $90,000 or more a year said the same held true for them.

Johns Hopkins Bloomberg School of Public Health started measuring "mental distress" starting in March drawing on studies from the SARS epidemic of 2003. Early in the month, hotspots like California, Washington, New York and Massachusetts reported mental distress "significantly increased" - even when adjusting for variables like age and income. Distress was higher among people who used alcohol or marijuana more frequently in the past week or who'd consumed more media or social media. It was also higher in younger people, perhaps surprising given that Covid-19 is more lethal for older people.

New York Gov. Andrew Cuomo said his state is seeing a rise in drug use, alcohol consumption and domestic violence. "It has caused serious mental health issues," he said in a public briefing last week. He encouraged New Yorkers to take advantage of a hotline set up for those in emotional distress. Meanwhile, on the national level, the Substance Abuse and Mental Health Services Administration reported an 891% increase in calls to its Disaster Distress Hotline in March compared with a year earlier.

"We've seen from past work that policies play a really important role in shaping people's experience and well-being," Julia Raifman, assistant professor of health law at Boston University School of Public Health, said. New York, for example, asked psychologists and psychiatrists to volunteer to provide some free mental health care, which she said was a positive step. "I hope we'll see other states start to do that. I think there's a lot of room for innovation here." States that had more generous unemployment benefits during the last recession saw fewer suicides, Raifman said.

Miller's paper proposes long-term solutions like helping unemployed people find meaningful work or training the armies of contact tracers who will be sent out into communities to identify people at risk of a mental health crisis. He sees building up community-based mental health care services as a way to serve more people in need. Congress granted $425 million for mental health and substance use disorder initiatives in the Coronavirus Aid, Relief and Economic Security Act, or CARES, but Miller called that "almost an embarrassment" considering airlines got $25 billion in aid. "We are not taking this seriously as a nation," he said.