The Case for Israeli Annexation 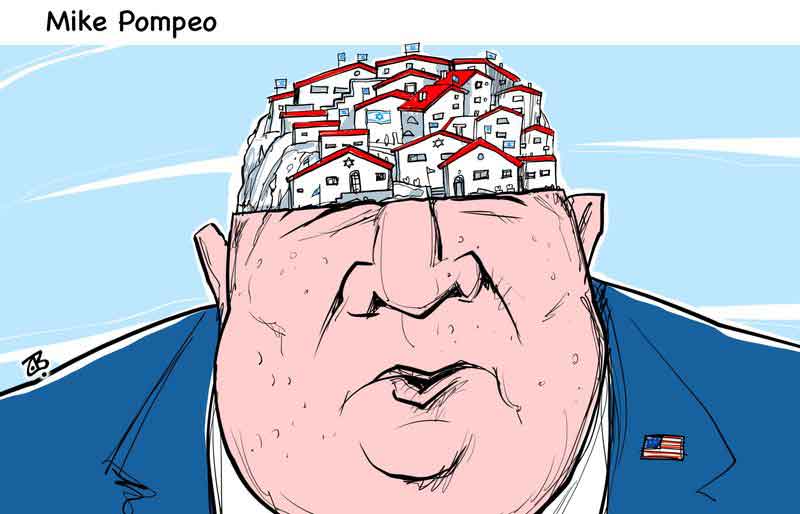 As Israel forms its new government and Secretary of State Mike Pompeo returns stateside from Jerusalem, the contested issue of Israeli "annexation" of large swaths of Judea and Samaria — what the international community illogically calls the West Bank — is beginning to permeate anew American public discourse.

Not only is now the perfect political moment, from Israel's perspective, to apply full sovereignty to the Jordan Valley and what the ill-fated Oslo Accords deemed "Area C" — those parts of Judea and Samaria over which Israel retains civil and military control.

But from America's perspective, now is also the ideal time to support a key ally's security needs while laying the foundation for a just and lasting peace with a subdued and humbled Palestinian-Arab nationalist movement.

Pipes, along with the usual left-leaning cabal of "concerned" purported friends of the Jewish state, warns that "annexation" would be needlessly provocative, purely symbolic and devoid of any tangible benefits on the ground, while inciting the normally friendly Trump administration, incurring the wrath of the proverbial Arab street and perhaps proving counterproductive to long-term peace between Israel and its Palestinian foes.

Every one of these objections is wanting.

Israel has, by far, the best claim under international law to Judea and Samaria. Neither the Balfour Declaration of 1917, the San Remo Resolution of 1920, the Peel Commission, nor even the infamous U.N. Security Council Resolution 242 ever intended to preclude Israel from all of Judea and Samaria. Rather, it was Jordan's illegal occupation of the area between Israel's 1948 war of independence and reacquisition of the territory in 1967 that birthed the modern Palestinian-Arab nationalist movement. Accordingly, Pompeo announced last fall that the Trump administration would not necessarily view Israel's so-called settlements as illegal.

Amidst that backdrop, there is nothing provocative about asserting sovereignty over contested land to which one has a superior legal claim — especially with the legal backing of the most pro-Israel administration in U.S. history. The Trump administration previously gave its imprimatur to Israel's similar sovereignty assertion over the Golan Heights, and there is no reason why any "annexation" could not conform to the contours of the administration's peace plan that it unveiled in January.

What's more, the "annexation" critics also suffer from a remarkably short memory. Many of the same fears — especially that dusty canard about the Arab streets erupting — were raised when the administration moved the U.S. embassy in Israel from Tel Aviv to Jerusalem. Those howls of protest were met by a deafening silence from the rest of the Arab world. Realpolitik dominates, these days, in Sunni Arab capitals from Cairo to Riyadh.

The looming threat of the hegemonic Shiite Iranian regime hovers like a poltergeist over the entire region, resulting in unprecedented cooperation between states like Saudi Arabia and Israel. The leading Arab states have largely abandoned the Palestinian cause: Saudi Arabia's statement it released after the unveiling of Trump's peace plan was more pro-Israel than was Joe Biden's.

The blunt reality is that if the Palestinians ever wish to have their own state between the Jordan River and the Mediterranean Sea, their people and kleptocratic leadership alike must first accept defeat and accept Israel's lasting legitimacy.

Simply put, the Palestinians must admit defeat in their century-long civilizational jihad to destroy the Jewish state. Israel applying sovereignty to these contested areas will thus not merely bring the status of Israeli Jews living there out of legal limbo, a tangible benefit, but will further the substantive geopolitical goal of long-term peace.

The Trump administration should also enthusiastically encourage prompt "annexation" as fully consonant with its overarching foreign policy strategy. Trump has boldly staked out a "America First" realist foreign policy, much to the chagrin of the intellectually sclerotic neoliberals of the bipartisan foreign policy establishment.

What could be more realist than proclaiming to the world that the United States has no vested security interest in nation-building a new Islamist terrorist state any time soon — and that our national interest is instead best advanced by bolstering the legal, geographic and strategic position of an indispensable ally?

The Trump administration's recent rhetoric on "annexation" has been a mixed bag. But it is not too late to change course. Policymakers ought to not overthink this: There is a clear outcome that is both better for Israel and better for America. Now set forth and do it.