Phonics --- one of America's top issues 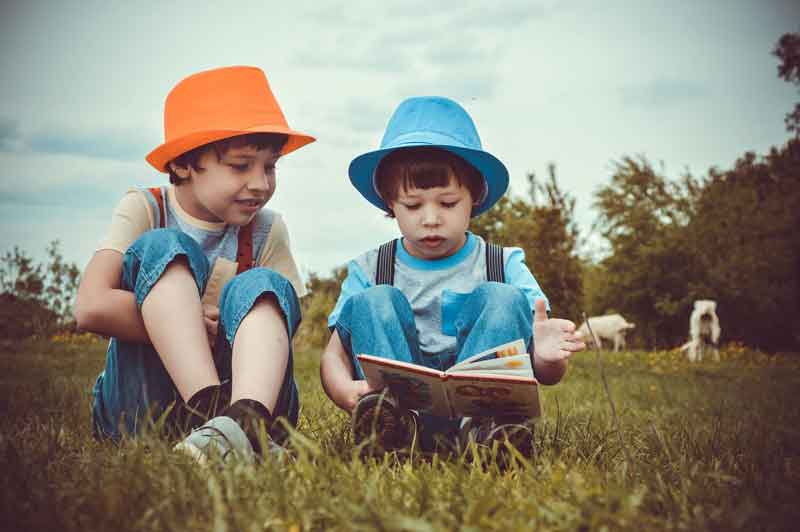 COVID-19 arrived, it started killing us, we had an American shutdown unprecedented in history. And as we maybe, just maybe, start edging our way out of it, we are almost certainly going to start altering a ton of things in our politics and society, maybe for the worse, maybe for the better. It may not be at the top of many lists, but one of the most important objectives in my view should be to teach children how to read again, something gone sorrowfully amiss.

Reading and doing it well is the most important thing in the intellectual development of a child, a means of learning sustained linear thought, grammar, spelling, vocabulary and subject matter from A to Z.

You want to enlarge your scope in this life, to succeed in what you care about, to have an idea of what's really going on, to rise up from tough circumstances to better ones? Get good at reading, do a lot of it, and listen, that's how you can get to equality a whole lot more than redistributing money.

A major part of the problem is that too many schools and teachers say no to phonics, or relegate it to something insufficient, and thus it is that we haven't had much progress in reading for decades. The reading proficiency by grade level is little more than a third of the students and, in 2019, the National Assessment of Educational Progress showed a decline in national reading skills. Some say that is not a perfect judgment, but it is a solid judgment, and what is amazing is the way in which schools and teachers fail to do their job, as in saying they know best and then using other techniques that achieve something, maybe, but not much.

And what's phonics? Basically, it is sounding out words, learning how certain letters either by themselves or put together have certain sounds, such as â€śc" in cat, corn and cabbage or â€śat" in cat, hat and bat. There are complications in all of this, and special training for teachers can help considerably.

But a Stanford study of brain waves said phonics worked better than any other technique, a University of London psychological study said it did, cognitive scientists say it does and a panel of top American learning experts concurred, for starters. The English require it, and, of late, so does Mississippi, which made a bigger advance in reading in 2019 than any other state.

Phonics isn't the end of the story, because, for one thing, students must read a lot and take on advanced texts that challenge them. They can extend their comprehension by recognizing spoken words and start learning history and science early on. It's great if they get hooked on reading by great stories, and then we come to something else that is vital: family.

Young children are exceptional learners, and it is important to talk to them a lot and read to them a lot and then teach them how to read. Children from affluent homes will ordinarily learn more than those from poor homes, but teacher visits can help and community and civic groups can pitch in. Volunteer reading tutors can be important in both schools and families.

We fortunately have robust national reading organizations in America, and several times I have been impressed talking to librarians and learning what their summer programs are like. Past presidents have addressed the issue, not least of all President George W. Bush who said he wanted to make every student a proficient reader and gave us the ambitious No Child Left Behind program that was eventually left behind.

But I think we need a lot more from citizen groups, politicians, school districts, state and local governments and, yes, the federal government. We hear a lot of talk about poverty, inequality and diminished lives, and this counts. The start is simple. The start is coming around to phonics everywhere.