The Muslim Brotherhood and the Islamophobia trap 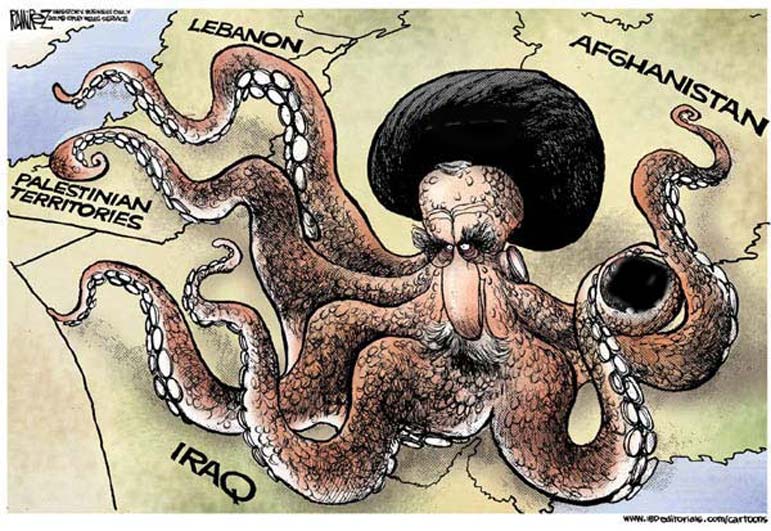 As far as administration critics are concerned, U.S. President Donald Trump is about to do it again.

His plans to designate the Muslim Brotherhood as a terrorist group has the foreign-policy establishment wringing their hands at what they consider a blunder that will undermine U.S. influence in the Middle East and throughout the Islamic world. Even worse, some other members of the anti-Trump resistance think that this is just one more example of the administration's rampant Islamophobia that has made religious prejudice official government policy.

But this is actually another example of how Trump's instinctive distrust of the so-called "experts" has allowed him to do what needs to be done. Like U.S. recognition of Jerusalem as Israel's capital, the administration's insistence that the Palestinian Authority stop funding terrorism and the withdrawal from the 2015 Iran nuclear deal, Trump's move against the Brotherhood is long overdue.

Of course, it is tainted in some eyes by the fact that it comes right after a White House meeting with Egyptian President Abdel Fattah El-Sisi. The Egyptian leader led a coup that overthrew a Muslim Brotherhood government that had won an election the previous year. Since then, Sisi's regime has cracked down on the Brotherhood and committed widespread human-rights violations in the process.

That has led figures like Rep. Ilhan Omar (D-Minn.) to demand the release of its leaders from Egyptian prisons and to call for normalizing relations with the group.

Some of the experts also think the Brotherhood is more of an Islamist political party than a terrorist group. They see it as a loose-knit association not unified in support of terror, and which can, in the right context, become a force for stability in some nations. Along with leftist figures like Omar, they also see the designation as a blunt instrument that seeks to brand a broad-based movement with millions of supporters as terrorists in a way that is inherently intolerant of Muslims.

However, the truth about the Brotherhood is that it is the granddaddy of all Islamist terror groups. Founded in 1928, it has always seen itself as being a social movement within the Muslim world, and when necessary, it presents itself as a political party. But at its core is an Islamist worldview that sees its purpose as an effort to reject liberal, democratic and more moderate strains of Islam, and to enforce a strict vision of the faith that is rooted in jihad and intolerance for modernity, seeking to impose Muslim religious law (Sharia) everywhere it can. While it sometimes eschews violence to advance its goals, its commitment to jihad has made it the main force behind the creation of terror groups like Hamas. It links Islamists throughout the world to practitioners of violence in a way that makes that a distinction without a difference.

While El-Sisi's abysmal human-rights record makes him an unsavory character, events in Egypt during the last decade illustrate the true nature of the Brotherhood.

After President Barack Obama acquiesced to the deposition of longtime Egyptian authoritarian leader Hosni Mubarak, the United States also gave its approval to elections that brought the Brotherhood to power in Egypt. Though it had represented itself to gullible foreign diplomats and the international press as representing moderate Islam, its rule provoked widespread opposition from Egyptians, who realized that the Brotherhood had no intention of ever allowing itself to be voted out and was on its way to establishing its totalitarian Islamist vision. When the military moved against it, tens of millions of Egyptians went into the streets to support the coup. While El-Sisi and his government are far from exemplary, it is a vast improvement on the Brotherhood, which has now resorted to terrorism.

The Brotherhood's core beliefs have never been a secret. Its long-term goal is universal Sharia law and the overthrow of the West, as well as of Israel. It spawned groups like Hamas and influenced the creation of Al-Qaeda. More to the point, its chief ideologue, Yusuf al-Qaradawi, is an exiled Egyptian cleric who currently helps run the Qatar Foundation, which spreads Islamist teachings in support of terror around the globe. The Brotherhood is the glue that unites Sunni Muslim terror groups in terms of ideas and action.


While Hamas and like-minded groups are the tip of the spear, the effort to maintain a distinction between the terrorists and the rest of the Brotherhood remains entirely artificial. The Brotherhood's social-action and political wings operate in such a manner as to support the same violent goals as the terrorists.

The Brotherhood has also sought to establish the same false distinctions in its operations in the United States. Brotherhood supporters set up the Holy Land Foundation to fundraise and organize for Hamas in the 1990s. Before the Treasury Department shut it down, that Foundation founded the Council on American Islamic Relations (CAIR). That group today masquerades as a respectable civil-rights group dedicated to protecting Muslims. Trump's designation of the Brotherhood will limit the ability of extremists to operate in the United States and elsewhere in the West.

Claims that this move is an expression of Islamophobia are not merely wrong; they are also a slander of law-abiding American Muslims. The extremists of CAIR and others with links to the Brotherhood have hijacked the leadership of American Muslim groups. While many millions across the Middle East do back the Brotherhood and its terrorist goals, the notion that an effort to limit the ability of radicals to operate freely harms all Muslims is false.

Trump's designation of the Brotherhood is commonsense security policy that aims at protecting all Americans, no matter their faith or background. Efforts to cloak support for this Islamist group in the language of civil rights or of realpolitik don't stand up to scrutiny. The president should follow through on his vow, both for the sake of American interests and security, as well as those who hope for a better future for a Muslim world freed from Islamist tyranny and terror.