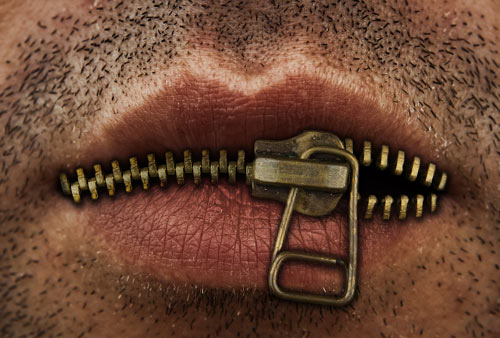 It's a bit unfair on poor old calypso conspiracist Louis Farrakhan, who found himself de-platformed with all the right-wing haters just because Speech Commissar Zuckerberg needed a bipartisan figleaf. He won't require that much longer, and indeed Big Social is growing ever more brazen in its preference for monitored speech over free speech. (See, for example, Google's thuggish and moronic censorship of the Claremont Institute.)

As readers may have noticed, I don't do Facebook posts or Tweet: We have social media accounts but we use them only to link to content here or to promote radio, TV and stage appearances. To be honest, I don't really understand why so-called "conservatives" write (for free) on Facebook and Twitter, providing the Big Social cartel with more free content and thus enriching them and cementing their near total control of the Internet.

Nor do I understand why Dennis Prager, for whom I have almost boundless admiration, sued YouTube for giving his Prager University videos insufficient prominence. Conservatives demand that YouTube cease "de-monetizing" their videos. For what it's worth, the first time I was de-monetized on YouTube, I self-de-monetized all my other videos on the platform. Because whatever percentage of ad revenue you might get from them, YouTube takes more - much more. So you're getting pennies while they're getting even more stonkingly mega-rich: Conservatives who think more YouTube revenue is the way to close the gap don't seem to grasp that they're actually widening it.

In the end, the solution to Facebook and Google/YouTube is to break them up before they police every aspect of human existence on the planet.

And right now the only prominent politician pledging to do that is ...Elizabeth Warren. In the meantime, in our modest corner of the Internet, our policy is to try and do as much as possible independent of the Big Tech oligarchies - because anything else just accelerates the shrinking number of entities that control access to all information.

A decade ago, we free-speechers were fortunate enough to fight our battles in Canada just before Facebook and Twitter came along and wrecked the Internet. Today, Twitter's main function is to provide a pretext for destroying random lives pour encourager les autres. For example, Lifesite News reported that a Scottish businessman, Michael Willis, has been suspended from Britain's Institute of Directors because he Tweeted and linked to two Lifesite stories reporting on a SteynPost about the transformative demographic trends in Europe and the symbolically eerie barrenness of the European political class.

Here's the thing: The Institute of Directors, founded in 1903 and incorporated by Royal Charter in 1906, is thought of as a conservative organization. The name means what it says: its members are company directors, businessmen, entrepreneurs.

But, as with Sir Roger Scruton and the gutless hollow nothings of the UK Conservative Party, Mr Willis was instantly unpersoned by the IoD:

"We need to take immediate action," the official wrote May 3. "This man can no longer ever again do any work for us, and frankly we should revoke his membership..."

David Watt of the Scottish branch told Willis on May 8 that he could not take part in planned meetings with a client.

"We are not in a position to let these meetings go ahead with you involved," Watt wrote by email and asked for details of work that Willis had already done, including invoices, so he and a colleague could continue the work Willis had started.

Willis told LifeSiteNews that he received ÂŁ20,000 in fees annually from his work with the Institute of Directors and he had last signed a contract with them in November 2017.

On May 9, 2018, Willis received an email from Junior Bammeke, then the IoD's company secretary, saying he had caused IoD staff "distress" with his tweets and been suspended from membership.

So too are big-time sports. I don't know whether sport is perceived as "conservative", but, going by the calls I've taken on Rush over the years, it's seen as butch and muscular, mainly because its practitioners are. Despite that, it's one of the most cravenly politically correct arenas of modern life, as we see in the Philadelphia Flyers' vile, cowardly removal of Kate Smith's statue, and in events Down Under. A Rugby Australia "disciplinary hearing" has now found Israel Folau, the nation's third-highest try-scorer of all time, guilty of a "high-level breach of code of conduct". Mr Folau will now be prevented from playing rugby ever again because he committed the crime of quoting scripture. Folau's offending Instagram post was splendidly ecumenical in its warning to sinners - drunks, fornicators, thieves, atheists - but Rugby Australia and the media are exclusively obsessed with his "homophobia".

That very narrow and particular focus tells you that what's really going on is the substitution of one set of blasphemy laws by another. Mr Folau can say what he likes about alcoholics and adulterers, but his apostasy on homosexuality puts him beyond the pale, and certainly beyond the rugger pitch. As Laurence Wilkerson notes, Rugby Australia's biggest sponsor is Qantas, whose CEO, Alan Joyce, is a gay activist:

While he faced criticism for using Qantas to promote same-sex marriage, he defended the right of businesses to speak up on social issues.

As long as you agree with him, that is. If you want to use your public platform to say things Mr Joyce disagrees with, then you should lose your livelihood.

What about if you defend someone such as Folau? Should you also lose your livelihood Billy Vunipola of the England Rugby Team posted on Instagram that he thought Folau's career-ending remarks were "saying how we live our lives needs to be closer to how God intended". That got him a "formal warning" from England's Rugby Football Union, and an additional caution from his club, the Saracens.

Finally, I made the mistake of reading what I thought would be a more interesting piece by Linden Kemkaran, a former BBC employee who decided to stand for the district council. As a Conservative. She lost big-time, a mere footnote in the industrial-scale clobbering the English electorate gave Theresa May last Thursday. Halfway through the piece Ms Kemkaran says:

There are, to put it bluntly, too many white middle-aged or elderly men occupying council seats, hardly representative of the population they serve.

As a point of fact, they are representative - in the sense that "the population they serve" has elected them as their representatives. But, semantics aside, there are some fairly obvious reasons for the phenomenon Ms Kemkaran observes: Elective politics tends to be a lagging indicator, and until a couple of generations ago England was an all but totally white country whose preferred taste in legislative representatives was chaps who projected a certain authority and experience, which tended to favor the middle-aged and elderly. Female exceptions to the rule had to be exceptional, like Mrs Thatcher.

But forget all that. If you really thought that the district council was lacking a Muslima transgender lesbian, why not present it in positive terms? As the old saw has it, politics is about addition not subtraction, so why not talk about adding some exciting gays and Somalis and intersexuals instead of banging on about subtracting white middle-aged men? What, indeed, is "conservative" about Ms Kemkaran's dreary complaint?

And, more to the point, isn't it on the same grim continuum as he same speech-shriveling assumptions underlying the cases of Willis and Scruton and Folau and whoever's next down the pike? That there are approved groups, which necessarily requires that there be non-approved groups - old white men, young black men who make the mistake of being believing Christians...

These are very dark times for a meaningful culture of free speech. Its subordination to identity politics and political correctness is now taken for granted by the Institute of Directors, Rugby Australia, the Philadelphia Flyers and on and on. In such a world I am grateful still to be here, and I thank all of you who swing by each morning even as the lights flicker and die around a once lively Internet.