Is the irony of Biden's apologies being missed? 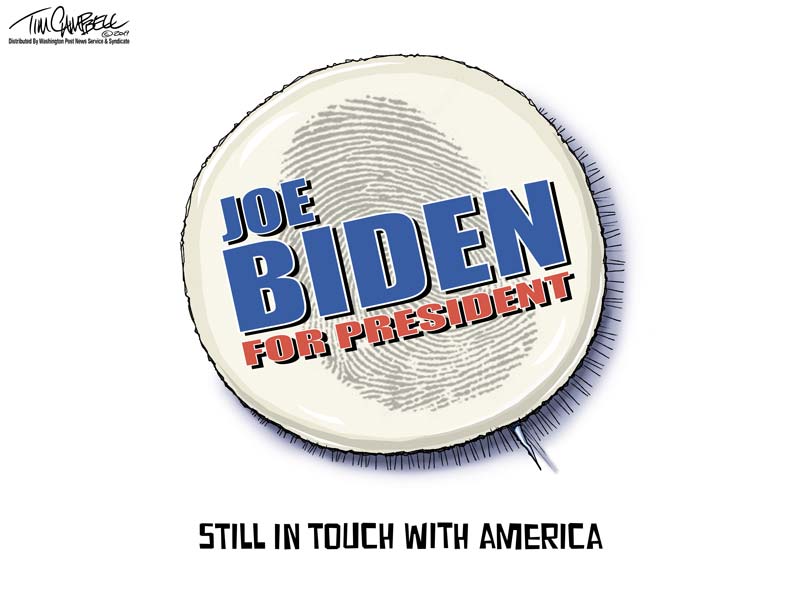 Former vice president and new 2020 Democratic frontrunner Joe Biden has a problem. His problem is simple: He has a record. That record is long and checkered. And that means that Biden has spent the first months of his undeclared campaign apologizing.

In January, Biden apologized for having supported criminal sentencing laws that helped drive down crime in the United States. He did so because those laws are now considered both passé and un-woke — they've been maligned as inherently racist. Thus, Biden stated: "I haven't always been right. I know we haven't always gotten things right, but I've always tried," adding that the bill in the early 1990s "trapped an entire generation" and "was a big mistake when it was made." That's a change from 2016, when Biden told CNBC he wasn't ashamed "at all" for supporting the bill and bragged, "I drafted the bill."

Weeks ago, as Biden prepped his presidential run, he approached Anita Hill, the woman who accused Justice Clarence Thomas of sexual harassment. Hill's testimony was riddled with inconsistencies and outright lies. Biden recognized that at the time — according to former Sen. Arlen Specter's autobiography, Biden told him in 1998 that, with regard to Hill's protestations of memory lapses, "It was clear to me from the way she was answering the questions, she was lying." Now, however, Biden told Hill, "I'm sorry for what happened to you." Hill, for her part, is having none of it — she called his apology insufficient and stated that he owes Americans a more generalized apology.

Then, just four weeks ago, Biden issued a quasi-apology for his habitual invasion of women's personal space. In a two-minute video, he explained: "The boundaries of protecting personal space have been reset. I get it. I get it. I hear what they're saying. I understand. And I'll be much more mindful."

All of this has prompted Damon Linker of The Week to forecast: "Biden will apologize. And then apologize again. And then again. Endlessly. Gracelessly. Until he finally gives up and goes home."

The early 1990s saw a spike in crime that largely affected minority communities; Hill was probably prevaricating; Biden's invasion of personal space is awkward, but it was never harassment. But in our new political world, running means having to say you're sorry for having a record at all. That's why it was easier for Barack Obama to run than Hillary Clinton — and, in many ways, it was easier for Donald Trump to run than Sen. Ted Cruz. Having a record is a burden.

The power of positive thinking trumps years of experience. After all, you don't have to worry about what Mayor Pete Buttigieg has done since he's never done anything. But you do have to worry about Joe Biden's record being rehashed. That's why Biden's best weeks may be his first weeks. As his record reemerges, as other Democrats dig into his past for dirt, Biden will have to get used to saying he's sorry and then hope that Democratic voters choose to take him back.