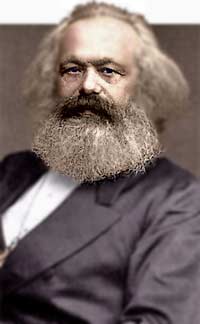 What would Karl Marx think of contemporary China? China certainly seems to think highly of Marx, holding celebratory events this month for the 200th anniversary of his birth. The government even sent a large statue as a gift to his hometown of Trier, Germany. China is proudly parading Marx and his thought as an alternative to Western liberalism.

I think Marx, if he could be magically reincarnated, would love today's China but not for the reasons Beijing might appreciate. He would see China as a vindication of his thesis that some form of highly productive but crisis-ridden industrial capitalism is necessary as a way station to socialism.

Let's review some debates in the history of socialism. Marx suggested that societies pass through various stages, as determined by technologies and the means of production. He saw capitalism as remarkably productive, but horribly unjust and immiserating, and doomed to perpetual crises. The hope was that a socialist revolution would solve the problem of distribution and eventually we would all head toward the paradise of utopian communism.

Now let's go to 1949, when Mao Zedong established the People's Republic of China, where he ruled as chairman of the Chinese Communist Party for decades after. Mao put forward an alternative doctrine, emphasizing the contributions of the rural peasantry to communist revolution, and arguing that China could bypass the traditional urbanized capitalist forms of European history. Mao's doctrine found strong support among the Khmer Rouge of Cambodia, and appealed to many Western intellectuals who were seeking a framework to understand the North Vietnamese communist revolution.

You can think of Mao's Cultural Revolution and the later Khmer Rouge massacres as, among other things, wars against urban elites. They were an attempt find a new shortcut to socialism, of greater relevance to the less urbanized and less industrialized nations. If Mao's revolution and the Khmer revolution had succeeded in bringing about a workable communism, some core doctrines of Marx would have been refuted or at least in need of serious revision.

In 1979, Deng Xiaoping starts to institute more private property rights and private enterprise in China. By 2018, a lot of China looks pretty capitalistic. There have been numerous years of 10 percent growth, and the country has more billionaires than does the U.S. Although the country is full of large, state-owned enterprises, most of them compete on pretty cutthroat terms, albeit with significant government subsidies.

It's pretty clear that the earlier Maoist prescriptions just weren't getting the job done when it comes to eliminating scarcity. Right before Deng's reforms, per capita income in China was only a few hundred dollars a year and the starvation of millions was a recent memory.

So who then is right about the China of today? The hard-core intellectual Maoists might argue that the capitalists have taken back the country, and that a new communist revolution is necessary and indeed will come. If so, it hardly seems the new revolution will follow the recipe of Mao's Long March, cultivation of the peasantry, land reform and the organization of rural communes. The Chinese economy is way past that stage; the country is one of the greatest urbanization stories in history.

How about the Western liberals? They used to say that as China liberalized its economy, and became wealthy, it would shed the communist party and become much more democratic. That prediction is also not holding up well.

And what would Marx say? We can't know for sure, but he might see that peasant-oriented Maoism was tried and found wanting. China is now returning to the traditional path of industrial production, to first overcome scarcity and then turn back to political reform.

Do I expect those future political reforms to take a Marxian path of the dictatorship of the proletariat? Probably not. But when it comes to China, Marx is the one theorist who has not yet been refuted. It's the Western liberals and the Maoists who both have egg on their faces.

If you think of Western liberalism as the relevant alternative, you might feel discomfort at the Chinese revival of Marx. But if you think a bit longer on Maoism, its role in Chinese history and its strong nativist roots, you too might join in the Marx celebrations.