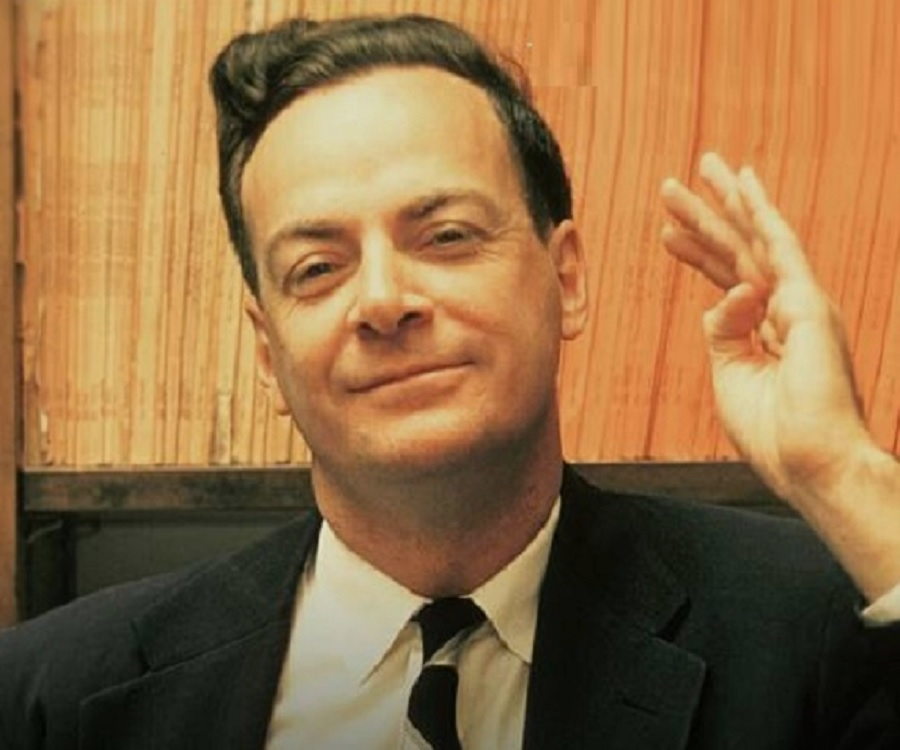 In December 1959, the great theoretical physicist promised a prize of $1,000, paid out of his own pocket, to whoever could build a controllable rotating electric motor that would fit inside a cube 1/64 of an inch wide. Not quite a year later, a young Southern California engineer built the motor and collected the prize, which amounts to about $8,500 in today's dollars. According to contemporary news accounts, Feynman didn't see any practical utility for the invention. He just wanted to see the thing done.

Feynman, who would have turned 100 years old last week, was one of the great minds of the 20th century, and his centenary has generated countless wonderful tributes and celebrations. Small wonder. Feynman was a true polymath: a physicist and philosopher, a poet and musician, an artist and bestselling memoirist. He was a spellbinding lecturer and marvelous teacher whose "Feynman Lectures on Physics" have clarified the cloudy and the subtle for generations of freshman physics students, myself included. He has been the subject of multiple biographies and a character in multiple novels. Alan Alda played him on Broadway in "QED," a stage play built around a day in Feynman's life.

Stories and accolades have long clung to Richard Feynman like oppositely charged ions. Here's another that I like: A couple of years before he died, Feynman was appointed by President Ronald Reagan to serve on the special commission to investigate the cause of the destruction of the space shuttle Challenger. During the group's work, a journalist asked Feynman about reports that a failure in an O-ring seal might have led to the disaster. Feynman's answer remains instructive in our current era, when any rumor is an excuse for a breaking news alert:

"Every time we think of a possibility, that doesn't mean that's it. We write down all the things we can think about and scratch them off one by one until we isolate and conclude that this is it."

Feynman had a quip for every occasion. On the wonder of science: "No matter what you look at, if you look at it closely enough, you are involved in the entire universe." (This one was illustrated by a practical joke Feynman played on a friend, involving a microscope and the head of a housefly ... but never mind.) When asked by a reporter about the work that won him the 1965 Nobel Prize in Physics: "If I could explain it to the average person, it wouldn't have been worth the Nobel Prize."

Yet this, too, was essentially a joke, because Feynman fought against making science overcomplicated. In "Surely You're Joking, Mr. Feynman!" he complains about the abstract quality of a passage in a textbook aimed at teaching youngsters how "energy" makes a toy go:

"What they should have done is to look at the wind-up toy, see that there are springs inside, learn about springs, learn about wheels, and never mind 'energy.' Later on, when the children know something about how the toy actually works, they can discuss the more general principles of energy."

But with all the tributes and all the stories, there's an important Feynman fact that's been omitted - not even mentioned, as far as I can tell, in his various memoirs and biographies. Here's the fact: Feynman made the first recorded reference to an atomic explosion as a mushroom cloud, and thus should be credited as inventor of the metaphor that has haunted us since Hiroshima and Nagasaki.

Before the dawn of the atomic age, the term "mushroom cloud" was used now and then to refer to the debris thrown up by a volcanic eruption, but it was never exactly on everyone's lips. There's even an Isaac Asimov story where the key clue in tracking down a missing time traveler is a newspaper advertisement containing the image of a mushroom cloud long before the dawn of the atomic age.

Everyone agrees that the phrase originated with a witness to that first explosion, on July 16, 1945, at the Trinity site near Alamogordo, New Mexico. But which witness? If you look at the histories, you'll find two accounts of the term's invention. Neither involves Feynman.

The better-known tale traces the mushroom cloud metaphor to New York Times reporter William Laurence, who was allowed to witness the Trinity blast. Two months later, Laurence published his description of the event. Another popular story tracks the coinage to a memorandum written on Sept. 5, 1945, by Ralph Carlisle Smith, a staffer who would go on to serve for a decade as assistant director of the Los Alamos Scientific Laboratory.

And the term was famously used by Col. Paul W. Tibbets Jr., who piloted the plane that dropped the atomic bomb on Hiroshima. Two days after the attack, his description of the explosion was widely quoted in the newspapers: "A mountain of smoke was going up in a mushroom with the stem coming down."

But Feynman, at the time a 27-year-old assistant professor at Cornell, seems to have predated them all. In a letter to his parents penned shortly after the July explosion but not released until late August 1945, he wrote: "The orange got deeper, but near the gadget it was still bright, a big orange flaming ball-like mass. This started to rise, leaving a column of smoke much like the stem of a mushroom."

The number of early uses tells us that among Trinity insiders, the phrase was probably on everyone's lips. Feynman, however, seems to have been the first to record it, and therefore, according to the usual standards of wordsmithery, deserves to be known as the first to associate the imagery of the mushroom cloud with the atomic explosion.

Of course Feynman earned so many well-deserved accolades and awards in his lifetime that maybe it's okay if he's overlooked for this one.

So let me close by quoting an observation from his book "The Meaning of It All": "In science there is no interest in the background of the author of an idea or in his motive in expounding it."

Like so much that Feynman said or wrote, this simple sentence has much to teach us about ideas in general. Perhaps in time we'll be wise enough to learn.