Comey should have been out long ago 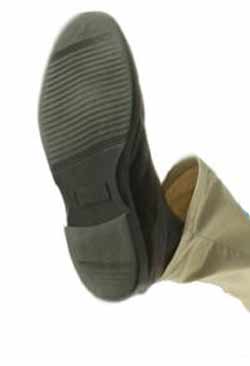 Former FBI director James Comey is out, and a lot of people in Washington, D.C., are shocked -- but others, not so much. My question is, what took President Donald Trump so long?

In January, after news broke that the Justice Department's inspector general had opened an investigation into how the now-ousted FBI director "handled the probe of Hillary Clinton's email practices," I suggested that it would probably be best for Comey to resign. Unless a change was made at the very top, I thought, the FBI's reputation, and that of its director, would be met with continued distrust, uncertainty and unabashed hostility.

Fast forward a few months and both parties are now more conflicted than ever before: Republicans because they defended Comey, Democrats because they blamed him. As David Ignatius said this morning, "It's strange that the Democrats who were so angry at [Comey] are now furious at his firing." The truth is obvious. Democrats are only interested in Comey's firing because they think it is good leverage to prod, poke and call for a special prosecutor to investigate this president and his administration in hopes that something bad will happen.

In Washington, every White House decision is second-guessed with critics wanting to know why something was done one way and not another. And, considering the media's anti-Trump disposition, we all know how eager the outlets will be to pounce on the president and his team in the aftermath of last night's seemingly unexpected announcement.

In the Trump administration, planning and execution of policy are too often conducted on the fly. And at the end of day, I think the stories about Comey's firing are going to be more about process than substance. Because once again, the Democrats and their allies in the media can't control themselves when they think they see a pivotal moment. They will be disappointed.

Importantly, it was Rod Rosenstein, the nation's longest-serving U.S. attorney who was confirmed as deputy attorney general on April 25 by the Senate on a 94-6 vote, not a partisan political operative, who recommended Comey's firing. And any review of the Rosenstein memo makes plain that Comey's firing is not a crack in American democracy, not a Nixonian Saturday Night Massacre, and not the sign of a president out of control. The end is not near. What it is, however, is the president following sound advice from a serious, credentialed, and experienced leader, in whom he has entrusted great responsibility.

The Rosenstein memo makes the reasoning behind Comey's firing nonpartisan and completely bulletproof. His argument, and that of the Justice Department and the entire Trump administration, is clear -- even if subsequent White House statements muddled it.

Still, the media will drag this development out longer than it should, reporters will second-guess the facts, the media will produce distracting collateral stories, and, as we have seen today and will continue to see for days to come, the left will inevitably over-extrapolate that the White House and Republicans in general are failing at governance.

But to think of Trump as a legitimate target in the crosshairs of a Russia-related collusion investigation is little more than a fantasy for the Democratic Party. And suggesting that the president fired Comey out of some misguided fear or retribution for being under investigation is a wild leap. After all, there is no evidence to suggest that Trump is under investigation for colluding with the Russian government. Anything to the contrary is simply partisan spin meant to stymie the president's agenda.

The left's constant attacks on Trump sort of remind me of the fake-news narrative that lives today, that "Bush lied, people died" in defending the invasion of Iraq. All the Democrats need is a not-so-clever rhyme for the Comey firing to become part of their false narrative about Trump.

Ultimately, the White House will face more criticism and backlash on matters of process than about the long-overdue firing itself. As James Robbins wrote yesterday, the former FBI director "had been a dead man walking for some time." His time just arrived sooner than some expected.