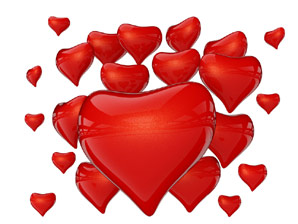 Kindliness and Blood: A Passover Thought

http://www.jewishworldreview.com | I'll probably get some left wing liberal mad at me for saying this, but I don't care; I'll stick my neck out. I'm taking karate classes anyway: As organized, powerful cultures go, we Jews far and away exceed all others in kindliness.

I knew you'd be upset with me. I know, I know. Israelis are "occupiers." That's what you're going to tell me, right? They're tough, don't-give-human-rights meanies. Actually, no. The Jews can't seem to do enough bad things to unbalance that basic kindliness. We really try to be tough, too. After the Holocaust, we figured we needed to.

Sure, we have to be tough or we wouldn't survive. But, by golly, we have trouble keeping it up. That kindliness keeps on seeping through. When Palestinian terrorists kill us, they don't apologize; they applaud. When we kill so-called Arab civilians, we apologize. They want to sweep us into the sea; we want to build a state for them. They wouldn't settle for 97% of the West Bank-they wanted it all, but we are eager to give up what is ours-and give it to them.

Yes, yes, I know. We're doing it for our survival. You know what? I don't believe that argument. There are enough Israeli Jews, polls show, who feel sorry for them. We don't think, "Let's bomb them into the sea and then we'll be done with the problem." We don't think, "Look, our military is strong enough to take them on; we can do it." What we do think is, "Enough bloodshed." We Jews can't even stand shedding their blood.

Interesting thought before Passover. I mean, given the role that blood plays in this spectacular holiday. Pharoah bathed in Jewish blood. He thought it would purify him. His spiritual descendants (if not historical offspring) in the Arab world have no argument with that: They're out for blood, theirs, ours, anybody's; they're not particular. But in Egypt of old, we never shed a drop of blood. When Moshe killed two guys, he took off. It was the right thing to do, but a sin in his own eyes, nevertheless. G-d showed us that sometimes we're too squeamish-blood became the first plague for our taskmasters. And, by His command, the first act under our own steam in our liberation. (Remember the blood on the doorposts?) That alone took real courage. Like I said, we've never been real comfortable with blood.

And when we could get away with anything under the cover of darkness-the ninth plague, I mean, we were ready to roll by that point-we could have slaughtered them, but we held back. Yes, yes, I know, G-d would take care of it for us. But we didn't know that at the time. When we were up to nine, we didn't know what ten would be. Or that there would be a ten. Ok, you want to tell me we were too scared. Lame argument. Chachamim (sages) tell us that the darkness was so heavy, the Egyptians could not move; they were frozen in place by it. We, on the other hand, could wander where-ever. And we refrained.

These were people who had been persecuting us for 250 years. You could argue that we had a slave mentality. After all, G-d Himself decided we needed to wander in the desert for 40 years to wipe that slave attitude out. Brutality will certainly bring out fear in oppressed people. However, the true nature of a person comes out when he is no longer brutalized. When he's in the driver's seat and can do anything he wants, then you see his stripes. So look at the juxtaposition here: When we were brutalized, we did not want to shed blood. Now that we have some measure of power, we still do not want to. We've exercised restraint and apologized for any civilian deaths. Those claiming the badge of oppression kill when they're oppressed; they kill when they've got latitude. Every Arab country's hands are stained with blood.

And what's interesting is that every European country's hands are likewise guilty. The Orient? No better. How about America? Ah, America is blessed in this era because of its warm treatment of its Jews. It has adopted our values. They think they're Christian values, but they're wrong; they're ours. The main one, of course, is kindliness.

When I read the news, I am very sad for the values-or lack thereof-of other nations. But I'm very proud to be a Jew. Happy Passover. Think of that, as you dip your pinky in the wine.