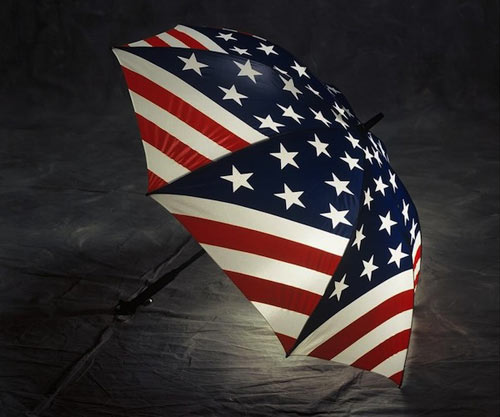 I was in New Haven this past week for a couple of events at Yale, one of which was a William F. Buckley, Jr. Program debate for a primarily college-age audience on "common good conservatism." During the debate, I argued on behalf of the more "muscular," more forceful and less "liberal" approach to political economy and political gamesmanship frequently associated with the ascendant "New Right."

My interlocutor, the amiable lawyer and National Review writer Dan McLaughlin, offered a substantive defense of orthodox "Reaganism" and an attitudinal appeal for conservatives to remain the "grown-ups in the room." According to this logic, it is incumbent upon conservatives — actually, right-liberals — to act as righteous stewards of civic decency and defenders of the sacrosanct norms of liberal proceduralism, no matter how much our political foes have strayed.

To drive home the point, it was only a day after the Yale debate that McLaughlin and his National Review colleague Charles C.W. Cooke publicly criticized Florida Gov. Ron DeSantis and his fellow Sunshine State Republicans for acting this week to dissolve The Walt Disney Company's autonomous Reedy Creek Improvement District near Orlando — a move Republicans ushered through as just comeuppance for Disney's voluble opposition to Florida's recent Parental Rights in Education law. To spike the football in such a fashion, so goes the narrative, would be "indecent." To punish a high-profile enemy within the confines of the rule of law, making a woke corporate behemoth pay for its advocacy of the civilizational arson of corroded childhood sexual innocence, would be gratuitous and — egad! — "illiberal."

The problem with this logic is that it is, to its core, a loser. It was a political loser in the presidential general elections of 1992, 1996, 2008 and 2012, and it was a political loser in the 2016 Republican presidential primary, when Donald Trump — the most pro-"winning" rhetorician and the single candidate least besotted with liberal pieties — shocked the establishment and prevailed. And it is a substantive loser because the Right's vision of a more naturally ordered, just and solidaristic society will obviously be — indeed, has demonstrably been — hindered by unilaterally abandoning the playing field of moralistic legislation and statesmanship to the one-way cultural ratchet of progressivism.

Proponents of the status quo are analogous to the complacent coffee-sipping dog in the "this is fine" online meme, willfully oblivious to the cultural rot, fever pitch-level fractiousness and ruinous decadence engulfing American society like an inferno. At this increasingly late hour of our republic, what status quo defendants meekly offer is, to borrow a phrase from the Claremont Institute's Matthew J. Peterson, the "suicidal anti-politics of 'principled' loserdom."

To engage in such an "anti-politics," where genuine political statesmanship — what a younger George F. Will once called "statecraft as soulcraft" — is eschewed and the highest goods one can fight for in the public arena are sacrosanct liberal neutrality and supply-side tax cuts, is to habituate a culture of losing. Such is the fundamental nature of responding to left-wing culture warriors seeking to chemically castrate children with cheerful hand-waving about slashing the capital gains tax rate. It is to be part of a controlled opposition that cheerfully accepts inveterate losing, as long as the Washington uniparty still passes some neoliberal consensus policies that redound to ruling class interests. The "principled loserdom" mentality leads to what another Claremonster, Michael Anton, referred to in a famous 2016 essay as the "Washington Generals" — the exhibition basketball team known for once losing 2,495 games in a row. As Anton wrote, in this scenario, "your job is to show up and lose."

Substantive justice must always be conservatives' political lodestar. And if conservatives find themselves irrevocably hamstrung by a peculiar conception of the permissible means to achieve that end, at least over a reasonable duration of time, then it is time to change the means. "The Constitution is not a suicide pact," goes the famous paraphrase of Justice Robert Jackson's 1949 dissent in Terminiello v. City of Chicago. Neither, for that matter, is American civilization itself. And contra the coffee-sipping canine of online meme fame, things in America are not "fine."

Conservatives must start acting like they actually understand this, wielding whatever levers of power they are able to attain. Given the Left's successful Gramscian "march through the institutions" chokehold on all of the major institutions of civil society, that means using crass political power. It means, in other words, following the example of Florida Republicans and Disney.

But the long-term success of following the Florida playbook will depend, in part, on how quickly the "New Right" can excise "political loserdom."