Hostages of the Cult 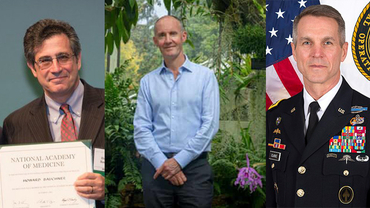 I could leave it at that and go ice-fishing for the rest of the day. But I suppose I ought to flesh it out a bit. From a contributor to The New York Times and Esquire, Damon Young:

Whiteness is a public health crisis. It shortens life expectancies, it pollutes air, it constricts equilibrium, it devastates forests, it melts ice caps, it sparks (and funds) wars, it flattens dialects, it infests consciousnesses, and it kills people—white people and people who are not white, my mom included. There will be people who die, in 2050, because of white supremacy-induced decisions from 1850.

Mr Young's "not white" mom died a year after being diagnosed with Stage IV lung cancer, just like Rush did. Yet Rush's whiteness somehow did for her.

I suppose it's possible Damon Young actually believes this stuff. Someone has to. And certainly Esquire and The New York Times were once sufficiently influential that positions taken by their writers were assumed to have some credibility. I'm not sure that's the case these days. Still, if persons of prominence in the public discourse are insisting that whiteness melts ice caps and nobody laughs at them, it might be prudent to fall into line. So, all over society, apparently sane "experts" are pretending to believe the same twaddle - and acting on their pretended beliefs. Here, for example, is a man called Richard Deverell in conversation with The Guardian:

Describing it as a "fork in the road moment", Deverell said the outpouring of grief around the world after the killing of George Floyd brought into focus deep-rooted and longstanding injustices faced by black people.

Deverell said Kew, as an institution, could not stand aside. "Like so many other organisations, parts of Kew's history shamefully draw from a legacy that has deep roots in colonialism and racism," he said. "Much of Kew's work in the 19th century focused on the movement of valuable plants around the British empire for agriculture and trade, which of course means that some key figures in our past and items still in our collections are linked to colonialism."

Deverell, the 17th director of the Royal Botanic Gardens since 1841, alongside the board of trustees vowed to "decolonise" its collections.

If he's serious about that, the Royal Woketanic Gardens are going to be very empty:

"For more than 260 years, scientists from Kew have explored every corner of the world documenting the rich diversity of plants and fungi. We were beacons of discovery and science, but also beacons of privilege and exploitation," Deverell said.

He added: "There is no acceptable neutral position on this subject; to stay silent is to be complicit."

Silence is violence, even for a bloke who works with fungi. Is Mr Deverell sincere about his anti-colonialist gardening? My old boss Charles Moore found it all rather disheartening:

This depresses me so much. I know Mr Deverell slightly. He sought my advice when starting a Kew literary festival in 2015. He was dynamic, likeable, bright-eyed, with no discernible wokery. He is right, of course, that the gardens had an important role in the British empire, well worth critical study. What fills me with gloom is the language, the trite lines that resemble those delivered by the accused in a show trial, the unquestioning acceptance of doctrines, the unargued premise that the death of George Floyd in Minneapolis must trash an institution in Britain devoted to plants. The poor man sounds like the hostage of a cult.

A lot of people do these days - including those one would have thought best positioned to resist being taken hostage. From the fellows who run America's special forces - ie, Navy Seals and the like:

USSOCOM welcomes our new Chief of Diversity & Inclusion, Mr. Richard Torres-Estrada. We look forward to his contribution in enhancing the capabilities and effectiveness of #SOF through diversity of talent, helping us recruit the best of the best. #QuietProfessionals

Mr Torres-Estrada is not a #QuietProfessional, but a rather noisy one, just the usual cookie-cutter "resister" who compares Trump to Hitler. With respect to his long, public paper trail, America's Special Operations Command now plead that they were "not aware". Which would certainly explain why Afghanistan went the way it did.

Is SOCOM just another "hostage of a cult" or does it really believe all this diversity blather? Hey, what's the diff? If you never win any wars, what does it matter if you lose them more diversely?

How about The Journal of the American Medical Association?

Following controversial comments on racism in medicine made by a deputy editor at JAMA, the editor in chief of the prominent medical journal was placed on administrative leave on Thursday.

A committee of the American Medical Association, which oversees the journal, said Dr. Howard Bauchner would be replaced by an interim editor pending results of an independent investigation.

Oh, my! What did this deputy editor say that was so "controversial"?

"Structural racism is an unfortunate term," said Dr. Livingston, who is white. "Personally, I think taking racism out of the conversation will help. Many people like myself are offended by the implication that we are somehow racist."

Dr Livingston, I presume, is toast. Gone. Over. He presumed too much - that dissent is still permissible and that opinions sincerely held (such as on his own non-racism) can be expressed in public. His boss did the cult-hostage thing and read glassy-eyed from the official recantation. Give it to me non-straight, doc:

"Comments made in the podcast were inaccurate, offensive, hurtful, and inconsistent with the standards of JAMA," Dr. Bauchner said in a statement. "We are instituting changes that will address and prevent such failures from happening again."

Not bad, Bauchner. But they booted you anyway.

I'm still getting mail from readers about Cumulus Media, the radio group that forbade Mark Levin to interview Donald Trump on election day and later announced that any hosts who spoke about voter fraud would be terminated. I denounced Cumulus through January and February on my final guest-hosting stints on Rush - which were broadcast on multiple Cumulus stations in Chicago, Washington, Los Angeles... For whatever that's worth.

Does it make any difference in the grander scheme? Maybe not. But all I know is that I would choke if the words Richard Deverell and Howard Bauchner and US Special Operations Command are obliged to disgorge in public ever began to rise in my own gullet. And, if this is the end, I don't want any groveling prostrations to the cult masters blotting my escutcheon.

The hostage shtick is not a small thing. Going along to get along is killing our society, and the one tiny act that anyone with a modicum of self-respect can perform is refusing to participate. For example, the American Medical Association could try butching up to the standards of nineteen-year-old Elizabeth Heverin of Aberdeen University. Following a campaign led by overseas students to ban the British military from campus, Miss Heverin said:

If the British military makes them feel uncomfortable, why did they come to a British uni?

Then she added, for good measure:

Young Miss Heverin was promptly banned from all Students Association premises for "discriminatory or racist language", and kicked out of the Politics and International Relations Society for "having a right-wing bias". It's the instant, vicious pettiness of these vile twerps that impresses.

Yet, since the "controversy" broke, a nineteen-year-old student has held firm-ish - or, anyway, more firm than the editor of JAMA or the director of the Royal Botanical Gardens or the chiefs of US Special Operations Command.

And so it spreads ...from the faculty lounge to the botanical gardens to the general staff to the surgeon in your operating room and the pilot of your plane. Some years ago I wrote:

The dwindling number of sane people in the western world vaguely assume that the politically correct celebrate-diversity nonsense is confined to our increasingly worthless universities or NPR panel discussions. But not so. It's burrowed its way into everything, and is slowly but remorselessly moronizing even vital areas of life.

And some years before that - after a great man, Sir Tim Hunt, had his career vaporized by an utter fraud called Connie St Louis:

So we lose a superb Nobel scientist but keep a third-rate lying mediocrity. My problem with all this is that, increasingly, key levers of society are being ceded to the irredeemably stupid and mendacious, who seem to be the only ones capable of navigating the rocks and rapids of political correctness. One has the uneasy feeling that similar scenarios are playing out every day around the western world. How long before the planes start dropping out of the sky?