The Preparedness of the 24/7 Surveillance State 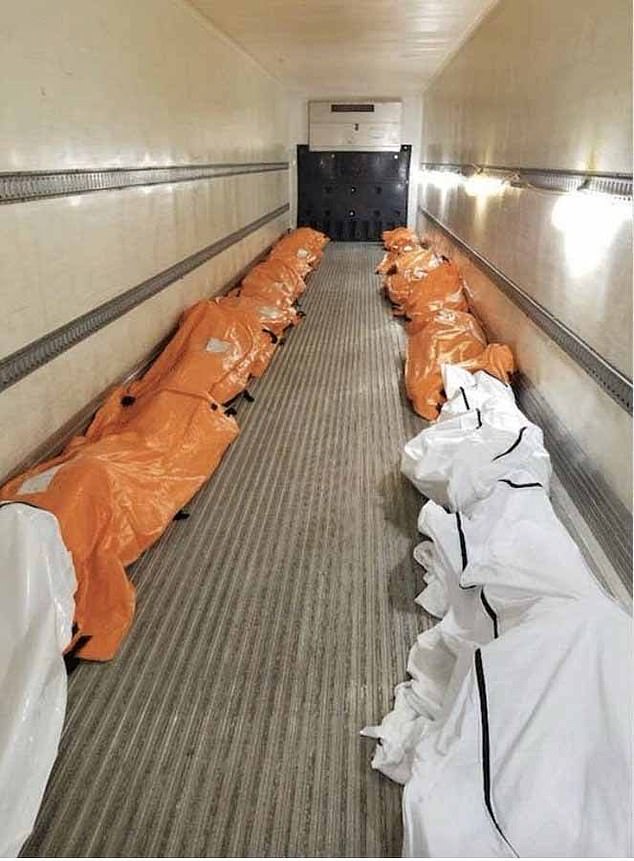 World War Two enabled the post-war social-democratization of Continental society; in Britain (and other parts of the Commonwealth) the social solidarity of Churchillian resistance enabled the social solidarity of Attlee's NHS and nationalized railways. Even in America, which continued to pay lip service to small government and individual liberty, the liberator of Europe as president did nothing to disturb FDR's expansion of federal government via the alphabet-soup agencies that metastasized across the decades and plague us to this day.

So, if three weeks, four months, a year-and-a-half of house arrest are going to change us, the question is: How?

Gavin Mortimer's report from the Fifth Republic reminds us that France's electoral demography is almost the inverse of America's: In the US, to over-generalize only slightly, the old vote Trump and GOP, the young are woke and Berniephiliac. In France, the old vote for Macron, the young for LePen. That's because, France being further down the toilet of history than America, their youth is beyond the flourishes of wokeness and has actually awoken - to the reality of the fact that their parents and grandparents have screwed them over.


That divide - between young and old, between country and metropolitan, between the vast geographical swathes of LePen's electoral base and the teeming urban redoubts of Macron's - seems likely to be even wider when this thing is done.

~For the rest of us, the question of how we change depends on whether the Politburo and its shills in the World Health Organization and the western media succeed in imposing their official lies. For the thousands of dead and the millions of economically ruined, the Chinese government ought to be a global pariah. Will it be? That would be expecting more backbone from western leaders than we've seen in decades: Justin Trudeau, for example, is still letting Chinese nationals enter Canada and without going into quarantine. Happily, as the first mammy singer to go totally dark, no one can ask him a thing about it. Assuming those CBC courtiers from whom he deigns to entertain a question are minded to in the first place.

Beyond China, the issue is preparedness. Actually, for almost twenty years, the issue has been preparedness. Since 9/11, freeborn citizens of advanced democratic societies have been subjected to a level of inconvenience and continuous surveillance they would never have previously entertained, from the pointless security theatre of the shoeless shuffle through LAX and O'Hare to the rubber-stamp FISA court warrants to monitor every aspect of Carter Page's life for years on end with no probable cause. And what's the upshot of all this 24/7 surveillance?

They didn't see it coming.

New York, for example, is a city that has already had a huge smoking crater blown into it - and what's the upshot? Eighteen years on, as I noted last night, after expenditures of billions on purpose-built federal, state and local bureaucracies, a city of eight million people can't cope with an extra four thousand patients in critical condition.

Why? It's not as if bio-warfare wasn't expected to be part of our future: Immediately after 9/11, you'll recall, there was the anthrax scare, and enthusiastic modeling about what would happen in the event of a suitcase nuke. And in the end hospitals are as overwhelmed as if all that money-no-object Homeland Security spending had never happened. As Kate Smyth has pointed out in our comments section, if Isis weren't already planning something like this, the ease with which you can wipe out a third of the Dow Jones Industrials will surely have some of the savvier jihad boys dusting off the old bunsen burner.

A virus is not the same as a terrorist attack - but our reaction thereto is pretty similar. Preparedness is currently being discussed in terms of a sufficiency of masks and ventilators - even though nine out of ten Covid ventilator patients wind up being carried out by the handles. So fretting about ventilators, while decent and humane, is ultimately marginal.

Whereas enforcing the borders would not have been.

It is true that China lied to us. It is also true that at the World Health Organization Beijing's Baghdad Bob signed on to China's lies. And so did his deputies, like my cowardly contemptible compatriot, the execrable Bruce Aylward, a man so thoroughly penetrated by the Chinese he shares the third-rate commissar's inability even to deflect smoothly and steer back to the party line.

But that's not why we were unprepared. At the time, for example, that Nancy Pelosi and New York's health commissioners were encouraging their citizens to attend Chinese New Year celebrations, the world's governments already knew that Beijing had lied. Nevertheless, as recently as two-and-a-half weeks ago, Bill DeBlasio was still saying pay no attention to Racist Trump's ban on flights from China, there's nothing to see here, get out and about and enjoy yourselves. And, as a direct result of that, the corpses of New Yorkers now have to be loaded by forklift onto refrigerated trucks to be disposed of under cover of darkness. This is the equivalent of the Lord Mayor of London in 1665 tweeting "I utterly deplore the rise of buboniphobia. Let's all go to the opening of Major League Bear-Baiting and hug a pustuled bawdy. #LoveTrumpsPlague!"

But back then society and its ruling class still had a survival instinct. If you object to calling it the Chinese Virus, let's call it the Globalist Virus. There is a reason the epicenter of Covid-19 moved first to Western Europe and then to America - because the west is the most afflicted by diversity unto death. Even the Mexicans have figured out that, while open borders are useful for exporting drugs and low-skilled Mexicans into America, the cost-benefit analysis changes when it comes to importing diseased Americans and death into Mexico.

Are we ready to do serious cost-benefit analysis?


The most significant change after 9/11 - "the day the world changed" - was the doubling of the rate of Muslim immigration to the west. Will we do the same now? More open borders, more flights from Shanghai and Beijing, more transfer of what's left of western manufacturing to the Chinese Communist Party, more shrieks of "Raaaaacist!" at any questioning of Beijing's official lies, never mind whether any advanced nation needs mass immigration or unscreened self-identified "refugees"...

The changes we make this time will be existential. We are suffused in death not only because of Chinese lies but because of those we tell ourselves, suppler and more beguiling as they are. "Preparedness" does not mean merely PPE and ICU, but requires also addressing borders and immigration and political correctness, and diversity unto death. In much of the western world, we are shutting down the economy and daily life, because our rulers could not bear to shut down their own virtue-signaling diversity bollocks.

Will it go the same next time? Absent serious sustained pushback, what do you think?