The 3 Big Questions Nobody Is Answering 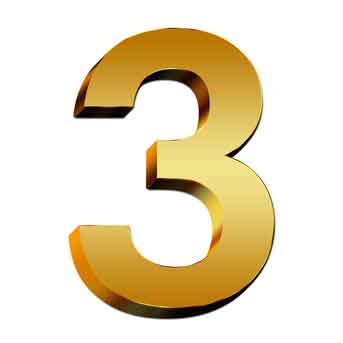 This week, according to members of the federal government, and state and local governments, Americans have begun to flatten the curve in the novel coronavirus outbreak.

The excitement was muted — after all, trends can easily reverse — but real. Americans have abided by recommendations and orders. They've left their jobs to stay at home; they've practiced social distancing; in many places, they've donned masks.

The result: a reduction in expected hospitalization and death.

According to the University of Washington Institute for Health Metrics and Evaluation model most oft cited by members of the Trump administration, the expected need for hospital beds at peak outbreak was revised down by over 120,000, the number of ventilators by nearly 13,000 and the number of overall deaths by August by nearly 12,000.


Here's the problem: We still don't know the answers to the key questions that will allow the economy to reopen.

First, what is the true coronavirus fatality rate? This question is important because it determines whether certain areas ought to be open or closed, whether we ought to pursue — Sweden style — a more liberalized society that presumes wide spread, or whether we ought to lock down further.

We've seen case fatality rates — the number of deaths divided by the number of identified COVID-19 cases — but both the numerator and the denominator are likely wrong. We don't know how many people have actually died of coronavirus.

Even more importantly, we have no clue how many Americans actually have coronavirus. Some scientists suggest that the number of identified cases could be an order of magnitude lower than the number of people who have had coronavirus and not been tested. That would mean that the fatality rate is actually far lower than suggested, even if the transmission rate is high.

Secondly, what are we expecting in terms of a second wave? The institute's model simply cuts off in early August. It does not predict how many people will die in a second wave. This is the most important problem because experts maintain that the virus is seasonal, which means we are likely to see more serious spreading in the fall. And that means we will be faced with either renewed lockdowns for large swaths of the population, with wide-scale testing and contact tracing, or with the realization that we will have to isolate those who are most vulnerable and let everyone else work.

Which raises the third question: What exactly can we do? Are we capable of rolling out tens of millions of tests over the next few months — and compelling people to take tests regularly, since the virus is transmittable while carriers are asymptomatic? Can we create a contact tracing system for 330 million Americans — and are we willing to submit ourselves to one?

One thing is certain: Things cannot continue as they have been. Americans are not going to stay home for months on end, and they certainly will not do so on the basis of ever-evolving models, especially as statistics roll in that look like the lower-end model estimates in terms of death and the upper-end estimates in terms of economic damage.

But they need to start answering serious questions, or they will fall prey to the same lack of institutional faith to which all other American institutions seem deeply prone.