China and Russia are struggling under COVID-19, too 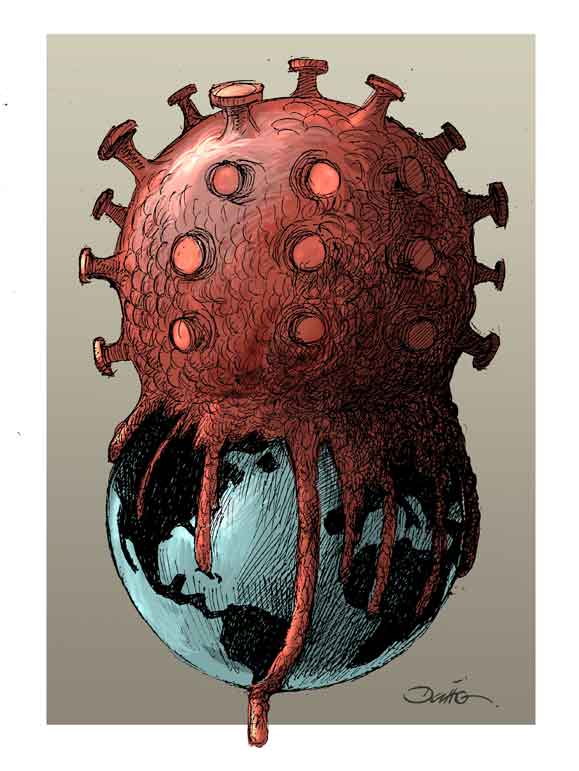 The COVID-19 pandemic has turned America's focus inward. U.S. politics is all about economic relief, public health and reopening plans. Normally such myopia would degrade America's standing in the world — but it's not, necessarily, in large part because many U.S. adversaries are struggling as well.

Speaking at a web briefing from the Hoover Institution in California on Thursday, President Donald Trump's second national security adviser, H.R. McMaster, ticked off the many dire challenges the virus is presenting U.S. rivals.

Russian President Vladimir Putin, McMaster predicted, will be blamed by his people and elites for the drop in world oil prices because of Russia's role in spiking production in February and March. Russia's public health system probably does not have the capacity to handle the number of infections the population is likely to suffer, he added.

In Iran, McMaster said, leaders will continue to face a serious legitimacy crisis. Before the pandemic, Iranians from across the country engaged in regular demonstrations and strikes against the regime and the broader corruption of elites. Then Iran's "servile relationship" with Beijing prevented it from cutting off travel from China as the virus was spreading, he said, supercharging Iran's outbreak, among the world's most severe.

Meanwhile China has reported the first contraction of its economy in 28 years, acknowledging a staggering 6.8% decline in GDP in the first quarter of 2020. McMaster said this undermines the Communist Party's promise to its own population of an economic recovery. And Europe and America have already begun the work of decoupling their critical infrastructure and industries from China.

Smaller U.S. rivals such as Venezuela are suffering as well. With the price of oil at rock bottom, Nicolas Maduro's regime will soon run out of the revenues it needs to keep its elites in line.

Of course, as my Bloomberg Opinion colleague Hal Brands has observed, the usual competitions and rivalries of international relations continue.

Iran just completed a successful launch, from a mobile launch pad, of a satellite into space — a demonstration that it has mastered the technology of long-range missiles that can threaten the region and Europe. Iran's gunboats have stepped up harassment of U.S. naval vessels in the Persian Gulf, and the Iraqi militias Iran supports in Iraq have stepped up attacks on the U.S. and its allies.

A U.N. panel of experts concluded this month that North Korea's ballistic missile and nuclear program have continued to advance despite U.N. sanctions. China has launched a disinformation campaign falsely claiming the virus that was first detected in Wuhan province is actually a bioweapon developed in the U.S. Russian and Iranian propagandists have forwarded this lie as well, according to a report from the European Union.

In some ways these kinds of provocations are to be expected. Tyrants always need conflict with an external enemy to distract from their own misrule, and America has long played that role.

At the same time, McMaster said, a pandemic "weakens the hands of authoritarian leaders." Liberal democracies have an opportunity to change course in the middle of a crisis through elections, he said, and can assess such changes through free and open political debate. Authoritarians have no such safety valve. When citizens lose faith in their leader, the only recourse is revolution or coup.

This ability to adjust and change direction short of dramatic upheaval is one of the enduring strengths of liberal democracies. As bleak as things look now, it's a lesson worth remembering: Dictators look invincible — right up to the moment they're ousted.