We are approaching COVID-19 gut-check time 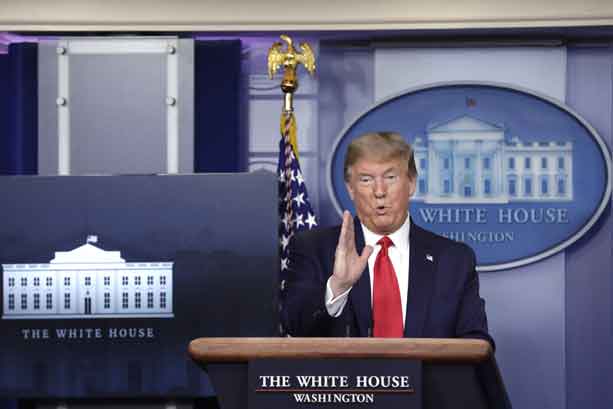 We are a few days away from a rendezvous with some tough conclusions about COVID-19.

A number of concurrent developments are coming to a head. Most will bring light where so far there was only heat.

Greater information about the virus might cause as much acrimony as conciliation. Some experts will be discredited, others reaffirmed.

Antibody testing is expected to get under way shortly. Soon, several representative studies will give the country an accurate idea of how many Americans have been infected in the past few months.

With a more trustworthy denominator to compare against known deaths, we will finally learn just how lethal the virus is and whether comparisons to a severe annual flu are legitimate or still inapplicable.

Likewise, there will be greater precision in distinguishing those whose deaths were exclusively virus-related from those who were afflicted by serious chronic illnesses along with the virus. That will also help provide better data about the actual toxicity of the virus.

Those with antibodies will likely be able to return to work with little risk. Arguments will arise over whether their status should be cataloged and banked, or whether such classification would institutionalize creepy two-tier categories of citizenship.

The prior pessimism of most epidemic models will either be confirmed or refuted, depending on the percentages of Americans who have already weathered the virus.

If past predictions are proven too gloomy, their authors will still claim that their doomsday prognoses at least prompted needed social distancing. Critics will counter that their paranoia caused untold social and economic damage.

If other experts are discovered to have unduly played down the deadliness of the virus, they will be derided as callous and partly responsible for the outbreak's mayhem.

There are ongoing trials to determine the efficacy of Hydroxychloroquine to treat COVID-19. and some health officials have touted the controversial anti-malarial drug as a possible treatment. Other health officials are skeptical.

But soon, the formal trial results should determine whether the drug offers only false hope or speeds recovery and saves lives. Lots of reputations are on the line.

The weather is warming as we reach mid-spring, and summer approaches. Still another debate may soon be settled. Will rising temperatures slow the epidemic, as some confidently predicted based on other viral outbreaks? Or are skeptics right that the coronavirus will still spread and is hardier than the seasonal flu?

Some parts of the country are now nearing a month of shelter-in-place policies. The economists warn that we are already in full recession and the current lockdown is not sustainable for much longer. Their mounting worry is not just about economic devastation but about a greater loss of life than COVID-19's toll through wrecked livelihoods, stress, substance abuse, suicides and the inability to address medical issues.

The somnolent economy is analogous to a patient who is to be brought back from a forced coma. No one quite knows how, or even if, the economy will fully awaken -- only that the chances it might not increase the longer it stays comatose.

In the coming days, the president will have to make a lose/lose decision to either inaugurate a graduated return to work or keep the country locked down for weeks longer.

Economists will likely urge him to restart the economy as fast as possible. Epidemiologists will warn of a second viral spike if millions go back to work. Trump will either be praised for saving the American economy or damned for dooming thousands.

Timelines grow shorter. The virus and the draconian reaction to it are wearing down a quarantined America.

Thousands of scientists worldwide are running a frantic Nobel Prize race to discover a vaccine for COVID-19. Each week, we will hear that they are either getting closer to discovery or learning that the code of the new virus is proving harder to crack.

has never come clean about the origin and spread of the virus that broke out in . But more information is leaking out. Soon, will have to decide whether it will become part of the answer to the mystery or continue its cover-up.

As the days pass, the November election also draws nearer. Every presidential decision concerning the epidemic will be inevitably politicized. Trump supporters will likely favor a quick return to work to avoid a November recession. His opponents prefer a longer shutdown.

Both sides know, but will deny, that politics plays a role in how they view the crisis.

Nothing about this epidemic was ever static. But we are on the verge of learning a lot more about the virus that will result in as much disagreement as relief.