America still a global leader even in a time of crisis 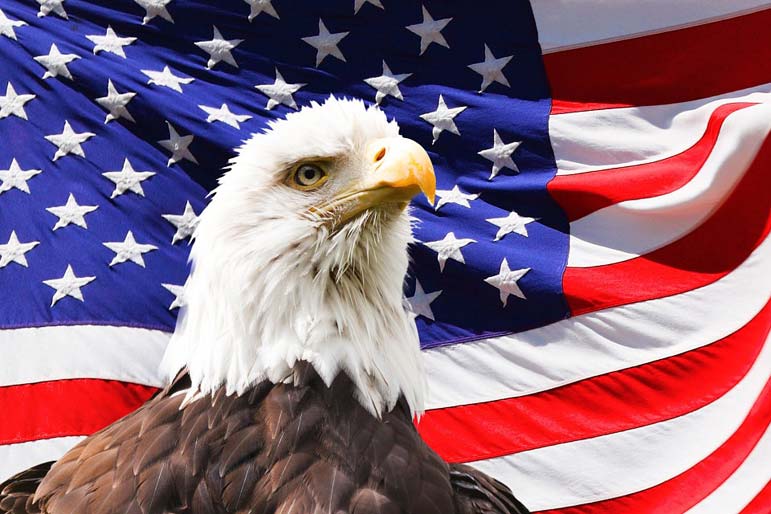 A current global myth alleges that America under the Trump administration is not leading the world fight against the coronavirus in its accustomed role as the postwar global leader.

Yet the was the first major nation to issue a travel ban on flights from , with making that announcement on . That was a bold act. It likely saved thousands endangered by Chinese perfidy and soon became a global model. None of the ban's loud critics are today demanding it be rescinded.

In typically American fashion, as we have seen in crises from to 9/11, after initial shock and unpreparedness, the economic and scientific juggernaut is kicking into action.

Already the is transitioning from a long, disastrous reliance on Chinese medical supplies and pharmaceuticals. In ad hoc fashion, companies are gearing up massive production of masks, ventilators and key anti-viral supplies.

The number of known deaths from the virus -- for now the only reliable data available -- shows a fatality rate of about 7-8 per million people in . That per capita toll is analogous to and one of the lowest in the world among larger nations.

The economy in 2019 -- with its near-record-low unemployment, inflation and interest rates -- was the most robust in the world. It will soon be the key to rebooting global production and trade.

Confronting over patent and copyright theft, technological appropriation, dumping and currency manipulation was not just in the interest, but for the global good.

A reckless and disingenuous poses an existential threat to countries across the globe. The only world bulwark against Chinese propaganda and bullying remains economic and military power.

Despite accusations of growing isolationism at a time of a worldwide pandemic, the still stations 200,000-250,000 troops abroad. Those assets ensure that no hostile power in the present crisis will opportunistically threaten European and Asian democracies.

Record natural gas and oil production have helped lower global home heating and transportation costs. Among the biggest beneficiaries are and , the largest customers for and the unreliable energy production.

The radical increase in American natural gas productions helps explain why the has made more progress in reducing carbon emissions than the signatories of the climate accord. That voluntary agreement has had little success in curbing the planet's largest carbon emitters. Even as the registered robust economic growth of nearly 2.5 percent, it nonetheless reduced its carbon emissions by 0.5 percent in 2017 (the latest year for which data is available), which was the largest reduction in the world.

The truth is that the free world would be a safer and more secure place if , not the , acted more responsibly. Individual countries have junked their utopian EU brotherhood and are reverting to nationalist self-interests.

Fracking natural gas, with less reliance of coal-fired power plants, might have allowed European nations to meet their climate accord promises.

and other European countries have been especially vulnerable to Chinese mercantile pressure and have mortgaged their economic futures to , with disastrous results.

If the produced more of its own gas and oil, it would not empower and the through its colossal importation of their energy.

And if countries just met their obligation to spend 2 percent of their gross domestic product on defense, then the West would not be so vulnerable in such times of crisis. nations could more effectively draw on their military and health resources to fight the virus.

Nor has the been much help. Its simply parroted Chinese propaganda in the key initial weeks of the virus. WHO claimed in mid-January that there was no human-to-human transmission, then suggested weeks later that a travel ban on Chinse flights would have little value in combatting the spread of the virus. Both were lies but were welcomed by the Chinese government.

Where the West is deficient is in the current lack of imagination of its most hallowed institutions. Universities in and are in suspension. They currently have hundreds of thousands of empty dorm rooms. Why not offer them as temporary refuges to the vulnerable homeless and poor?

Given the epidemic of misinformation, millions need accurate data. But poor readers are barricaded from major news websites by expensive firewalls. Required subscriptions to and , for example, could be temporarily waived -- at least for any articles that offer key information concerning the coronavirus.

Throughout the outbreak, the media have promulgated sensationalism and helped fan the hysteria. It could better use its muckraking journalists to police itself.

Any laxity in fighting the virus is not to be found with the , but rather with its loudest and most opportunistic critics.