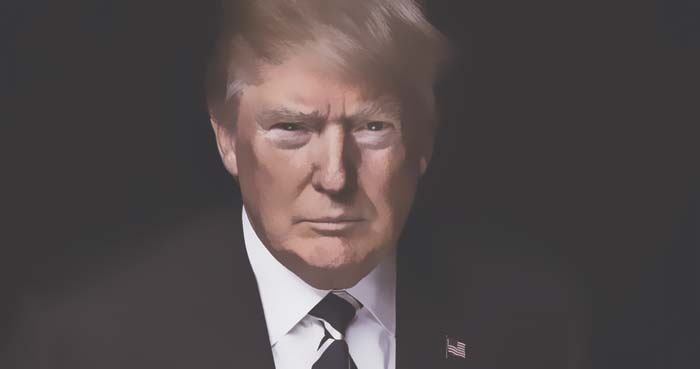 No budget agreement is done until it's done, but it looks like Democrats are now divided over the health-care subsidies they've been pushing for, and the White House has finessed its demand for funding of the border wall by agreeing to funding for border security. To the dismay of his opponents, recent events seem to show President Donald Trump avoiding some of the pitfalls and mistakes that have plagued his predecessors.

Rather than demand all or nothing on funding for the wall, the president seems to be playing rope-a-dope with his critics. It appears Trump has taken the Democrats to the 11th hour by making them think the fight over the budget would be all about the border wall. They may have taken the fake and not organized an effective assault on the budget. Dare I say Trump is skillfully navigating Washington's budget realities?

A central priority of this president and the GOP remains border security. And Trump is willing to negotiate with his critics to get it. In the short-term, that means just taking a small step toward more funding for border security. It isn't only about building a "big, beautiful wall"; border security requires greater investment in advanced sensors, unmanned systems and qualified personnel. Whatever ultimately comes of funding the border wall, it will be a multistep, multiyear process.

Speaking to Fox News on Monday, Trump counselor Kellyanne Conway noted that "in the interim, you see other smart technology and other resources and tools being used toward border security" as Republicans in Congress identify avenues worth pursuing to achieve the president's long-term objectives. If Democrats thought their opposition to the border wall would demoralize the president, they are in for a rude awakening. The president is disappointing the Democrats who thought he'd be insistent, with no flexibility. Perhaps the Democrats are being played. Trump may have been bluffing all along to distract the left into thinking this budget battle would be all about the wall.

Another good sign for the White House came when Sen. Lindsey O. Graham, R-S.C., told Fox News on Monday that he was "impressed" by Trump's commitment to rebuilding our nation's aging and under-resourced military. Already, the president is laying the groundwork to decouple the one-for-one equation that Democrats insist on using to match any increase in defense spending with funds for nondefense discretionary programs. The fact is that funding Planned Parenthood is never going to be as necessary or worthwhile as funding our nation's defense in dangerous times. America's national security apparatus doesn't just defend Republicans - it defends Democrats too. And the fact that someone like Graham, who is neither easily impressed nor shy about criticizing the president, came away reassured by the president's knowledge and commitment and was willing to say so publicly is yet another sign that Trump is listening and learning.

It could all change in one tweet, but in recent weeks, the president has begun to take hold of the reins of government. He is working with members of Congress to keep the government open for business and is pursuing his long-term objectives. Despite a vocal minority of the usual suspects on the left crying foul, Trump is doing what he can, and regarding the budget, he is avoiding the biggest problems, having some success and living to fight another day.