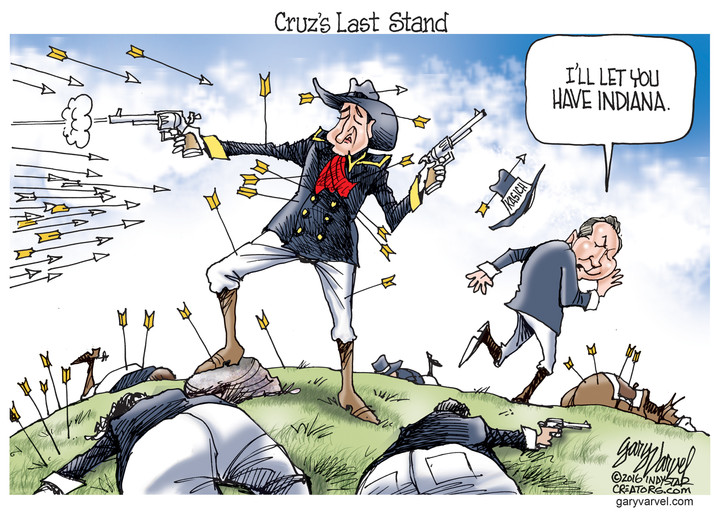 On Sunday night, the campaigns of Ted Cruz and John Kasich sent out press releases announcing a strategic alliance whereby the Ohio governor would stand down in advance of Indiana's May 3 primary in exchange for a similar move by the Texas senator later in the month in Oregon.

The Kasich memo came from John Weaver, the chief strategist for the Ohio governor's presidential campaign.

On Thursday morning, Weaver sent out this cryptic tweet:

That Weaver tweet came minutes after Cruz at a press availability in Indiana had professed total ignorance about the idea of an alliance. "I recognize the media is all eager to talk about an alliance," Cruz said. "There is no alliance."

Here's the bulk of Cruz campaign manager Jeff Roe's statement on the Kasich-Cruz deal when it was announced Sunday night:

"To ensure that we nominate a Republican who can unify the Republican Party and win in November, our campaign will focus its time and resources in Indiana and in turn clear the path for Gov. Kasich to compete in Oregon and New Mexico, and we would hope that allies of both campaigns would follow our lead."

And here's what Weaver said at the time:

"We are very comfortable with our delegate position in Indiana already, and given the current dynamics of the primary there, we will shift our campaign's resources West and give the Cruz campaign a clear path in Indiana."

The words "alliance" and "deal" are not used in either statement. But, the idea of a "clear path" for Cruz in Indiana and for Kasich in New Mexico and Oregon makes it very clear what the two sides understood this to be.

But, it soon became clear that Kasich wasn't totally on board with this whole thing. In Philadelphia on the eve of Tuesday's Pennsylvania primary, Kasich told reporters that "I've never told [Indiana voters] not to vote for me. They ought to vote for me." Then on Tuesday morning, Kasich went on NBC's "Today" show and reiterated that "I'm not telling people anything in Indiana because I'm not campaigning in Indiana," before adding: "I'm not out to stop Donald Trump."

As I noted at the time, this alliance had a relatively slim chance of succeeding with both principals totally on board. With Kasich off message, it had almost no chance of working. With Cruz insisting there is no alliance, and Kasich's chief strategist throwing the "liar" card on the table, that slim chance has now turned into a zero percent chance.