Who we are not 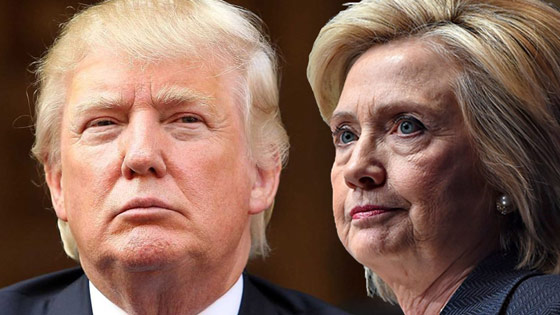 So here we are again, contemplating a general election that will give us a choice between the lesser of two evils. And the likely options look to be more noxious than any we’ve ever had to face.

Everyone is asking the same question: how did we get here? And the bad news -- which is old news -- is that negative advertising works.

But why does it work? Everyone hates it, everyone complains about it, everyone laments the decline of civility, the widening of the political divide, and the incurable blight of ideological gridlock. So why do we continue to respond to the very thing we can’t stand in a way that makes it keep getting worse?

A new study may offer a glimmer of explanation. Economists Ned Augenblick and Jesse Cunha of the University of California at Berkeley put negative advertising to the test, sending out donation requests to support a congressional candidate in Florida. Of the 10,000 registered Democrats receiving solicitations, a third were merely asked to donate, a third were told that the normal small donation among Democrats was $28, and a third were told that the average small donation among Republicans was $28.

The second group responded better on average than the first, more or less matching the suggested amount. But the third group averaged about double the contribution of the second group.

What does this tell us? That dislike for the opposing party is a much greater incentive than support for one’s own. In other words, people respond with far greater passion to competition than they do to cooperation.

UNEQUAL AND OPPOSITE REACTION

Why is this so worrisome? Because it indicates that, more and more, we are defining ourselves not in terms of who we are but in reaction to who we are not. We are increasingly less about moral principles, core values, and shared vision; instead we are warriors against political brands and ideological labels. We don’t fight for what we believe; we fight against those we don’t like.

This has become more evident than ever in the current election cycle. According to a recent CBS poll, the two frontrunners have the highest unfavorability ratings in the history of American politics.

Hillary Clinton looks rosy by comparison, but she certainly has nothing to brag about. Her negative rating is -21, polling as “unfavorable” with 52% of voters and “favorable” with 31%. That breaks the previous record of -17 (set by a different Clinton in 1992) by four points.

All of which brings us back to our original question: how do we end up having to choose between two candidates that most of us can’t stand?

THE LESSER OF TWO UNTHINKABLES

As we become disconnected from higher values and wholly invested in visceral impressions, we find no inspiration in the candidate who will best serve the country’s interests. Instead, we immediately reject any candidate who fails to pass our litmus test on immigration, taxes, gun-control, abortion, gay-rights, or ideological purity is immediately rejected. Rather than looking at the whole picture, we focus on one piece of the picture and disregard everything else.

This feeds into the escalating rhetoric of race-baiting, class-warfare, and character assassination that has replaced thoughtful and informed debate. Grappling with issues takes mental energy and thoughtful appraisal. Seeing past sound-bites requires perception and inquiry to recognize authentic character, competence, and credibility. On the other hand, the politics of the sandbox demands nothing but volume and indignation.

The tragic irony here is that, in our pursuit for the ideal candidate, we disqualify good candidates for not being perfect and end up left with horrible candidates who couldn’t be worse.

Two hundred years ago, the brilliant talmudist Don Isaac Abarbanel asked why the Almighty appointed the King of Israel through the prophet Samuel rather than allowing the Jewish people to choose a ruler for themselves. Two centuries before John Locke published his Treatises on Civil Government, the Abarbanel had already proposed democracy as a means of selecting political leaders.

And, just as quickly, he concluded that such a system would not work… for three reasons.

First, democracy would lead to political infighting between factions and tear the nation apart. Second, it would make leaders beholden to their constituencies so that they would feel compelled to do what is popular instead of what is necessary or what is right. Third, no one knows what is in a person’s heart, so people might vote for a candidate believing him to be capable and deserving only to discover they had gotten someone else entirely.

If this sounds all too familiar, it was not because the Abarbanel was himself a prophet. He simply understood what Winston Churchill would articulate later, that democracy is the worst possible form of government, except for all the others (since divinely appointed monarchy is not always an option).

CAN THE CITY ON THE HILL SHINE AGAIN?

However, democracy only works for people who have a shared moral vision, common principles, and a sense of national purpose that binds them together. Without that, political infighting and self-interest reduce the process to the gladiatorial circus that are witnessing before our eyes.

So what can we do about it?

First, stick to the issues. Character is indeed an issue, but cite facts --- or, as people like to say today, “true facts.” Avoid insults, invectives, and exaggerations. And remember what Abraham Lincoln said: Don’t believe everything you find on the internet.

Second, understand both sides of each issue. Slogans are attractive, but knowledge is the first step toward wisdom.

Third, don’t support a candidate because you agree with him or her on one issue, because of “likeability,” or because you think he or she will win. If more of us pledge our support to the most fully-qualified choice, the dark horses might quickly become favorites. Even a vote for a third party will weaken the two-party system and give reasonable alternatives a chance to make their stand.

Finally, remember that the system is only as good as we are. If we let self-promoters and dissemblers convince us that their greatest asset is that they aren’t the other guy, then we deserve exactly what we will get.