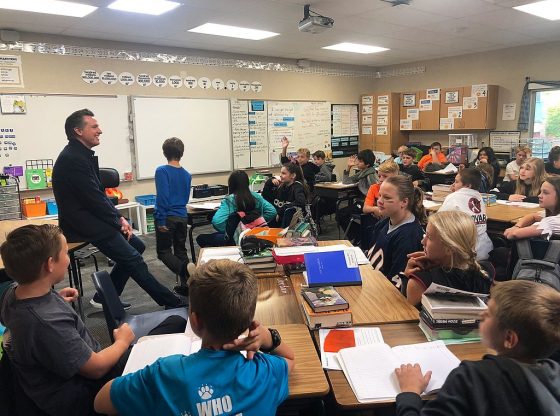 Conservative journalist and author Ryan Girdusky founded the 1776 Project Political Action Committee last May. This "Little PAC That Could" helped elect conservatives to school boards across America last November on a startlingly modest budget of $150,000. But "modest" does not describe Girdusky's ambitions for next November.

Amazingly enough, 1776 Project PAC is the Right's first such endeavor. Too bad the Queens-based Girdusky did not launch this initiative 10 years ago. But better 2021 than never.

Girdusky targeted school boards, a level of government in which Wokistanis, Cancelistas, and their comrades have roamed rather freely, while conservatives focused on Washington, D.C., and to a lesser extent, state capitols. Girdusky identified 58 conservative candidates in seven states, who eagerly marched onto these cultural battlefields.

After his one-man operation girded these contenders with digital ads, direct-mail circulars, and grassroots campaign materials, 42 of them prevailed. Some crossed the finish line with margins as thin as 33 and even 25 votes. But they won — many in counties that strongly backed Joe Biden in 2020.

The 1776 Project PAC's 72 percent win rate is stunning, compared to long-standing campaign outfits that scream, "Victory!" when half of their candidates triumph.

Some voters whom Girdusky steered to the polls also supported GOP/conservative candidates up ballot. Come November, Ryan's voters could pick Right-of-center contenders in school-board races and then stick around to back GOP/conservative nominees for city council, mayor, state legislature, governor, U.S. House, and U.S. Senate.

Among other places, this phenomenon appears to have taken place in Democrat-rich Passaic County, New Jersey. Ryan's school board candidates ran against Critical Race Theory and motivated Hispanic voters to support them. The entire county shifted Right, to the benefit of Republicans elsewhere on those ballots.

Girdusky's slate of school-board candidates in Centre County, Pennsylvania boosted overall support for conservatives, including one running for the Keystone State's Supreme Court. In a rarity for a Rightist contender, Megan Sullivan picked up Centre County and, consequently, clinched that seat on Pennsylvania's highest court.

Thus, Girdusky and his organization will back school-board candidates whose reverse coattails could help the GOP capture city halls, statehouses, governors' mansions, and Capitol Hill.

Girdusky — author of They're Not Listening: How The Elites Created the National Populist Revolution — added: "These numbers might not seem significant, but they mean that hundreds of thousands of school children now have advocates for them on their local school boards who defend gifted-and-talented programs and oppose mask mandates, Critical Race Theory; Diversity, Equity, and Inclusion; watered-down standards, and transgender hormone therapy for pre-teens."

As for this November, Girdusky is thinking bigger. Much, much bigger.

"Flipping 300 school boards with last year's successful model would give millions of children the same kind of advocacy, reverse the sadly growing trends that we've seen in schools across the country, and engage parent groups that have received no traditional support from the GOP," he said. "Come 2023, I hope the 1776 Project PAC will have hundreds of school boards led by conservative parents and help create the largest grassroots organization since Phyllis Schlafly activated conservative women to stop the ERA."