Israel's democracy was never in danger 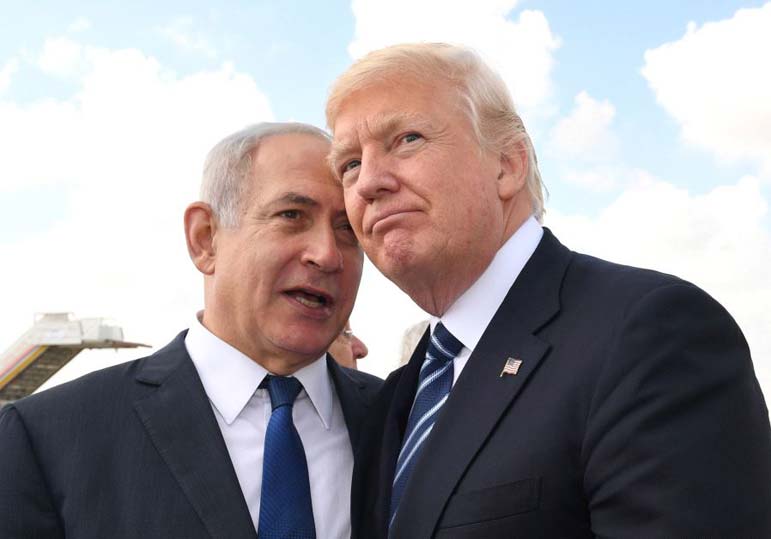 The gamesmanship, as well as the rhetoric of the country's leaders over the last year, especially during the last weeks since Israel's third election earlier this month, was both depressing and irresponsible. It illustrated just how messy and incoherent Israeli politics can be.

But the idea that the tactics used by Netanyahu and his Likud Party in order to get to this outcome was in any way a blow to the country's democratic system was always untrue. Israel's political system has its faults. One of them is the lack of a written constitution that would ensure the separation of powers between the legislature and the judiciary. That spawned the brawl between the country's Supreme Court and former Knesset Speaker Yuli Edelstein over the technical question of whether the outgoing speaker needed to vacate his chair in the absence of a new government.

Edelstein's tactic of holding on to his position in order to give more time to the talks between Netanyahu and Gantz was not an edifying spectacle. However, it worked, and like the jeremiads being sounded on the left about the prime minister's willingness to use the power of the state to enforce efforts to halt the spread of the virus, it was not a sign that the country was in danger of falling into authoritarian rule in which the opposition or the press would be suppressed.

The real complaint of Netanyahu's opponents is not about the abandonment of democratic values, but the result of democratic processes in which they have consistently lost. Netanyahu has emerged on top again because the only real alternative to a government led by him — a coalition that would have required the support of the anti-Zionists in the Joint Arab List — was unacceptable to Israeli voters and even to many of those opposition Knesset members who had been determined to unseat the prime minister.


The main issue before the public in the three elections held in the last year was Netanyahu's continued tenure in office. Yet the issue that wasn't really discussed in those campaigns determined the ultimate outcome: the conflict with the Palestinians. Netanyahu will remain in the top job because of a solid consensus that stretches from the moderate left to the right in Israeli society that opposes efforts to force the Jewish state to make more concessions to forces whose goal is the destruction of that state.

The deal that has apparently been struck between Netanyahu, and Blue and White Party leader Benny Gantz, will give Israel a stable government that may wind up with the support of more than 70 members of the Knesset. Reportedly, the pact calls for Netanyahu to continue as premier for the next 18 months before he gives way to Gantz, who will then lead the country for the same time period.

Though a majority of the newly elected Knesset would have liked to see Netanyahu replaced as prime minister now, the fact that this would have required relying on the votes of enemies of a Jewish state ultimately doomed that effort. Add to that Netanyahu's steady and comforting leadership in handling the coronavirus crisis, and his position was far stronger than that of Gantz.

Gantz couldn't form a government on his own because many in the Blue and White Party wouldn't countenance one that relied on support from an alliance of Arab parties whose members are dedicated to eradicating the Jewish state. Gantz's recent effort to forge such a coalition was also viewed negatively by most Israelis.


Reportedly, polls showing the Israeli public's hostility to such a coalition convinced Gantz that going to a fourth election — the only alternative to a deal with Netanyahu — would have been a disaster for the Blue and White. His strong showings at the ballot box in the last year were the result of running to the right of the prime minister on security issues, rather than offering an alternative to his policies. It was Gantz's fear of being held accountable by the voters in another democratic election that forced him to acquiesce to Netanyahu continuing in office. That is why the most left-wing faction in the loose coalition that made up Blue and White — Yair Lapid's Yesh Atid Party — will be in the opposition rather than joining Gantz in the government. Others who also can't stand Netanyahu will also stay out of this unity effort.

Netanyahu has his faults, and the spectacle of a sitting prime minister being tried on corruption charges, which will happen later this year, is unfortunate even if the accusations are flimsier than his critics claim them to be. He remains the person most Israelis trust to lead them in a crisis, even if he is also a walking, talking advertisement for term limits.

Despite the hysterical criticism of Netanyahu from his foes — Israelis, as well as Americans who falsely accuse him of racism and undermining a peace process that the Palestinians have continually rejected — the idea that he has held onto power by undemocratic methods is a canard. He won't rule forever and will likely be forced out either by his deal with Gantz or by a guilty verdict in court (whichever comes first). But the composition of the new ruling coalition makes obvious something that was obscured by all the squabbling about Netanyahu. The government that will run the country for the next three years reflects a broad consensus on the issues that matter most to Israelis. If that isn't democracy, then what is?