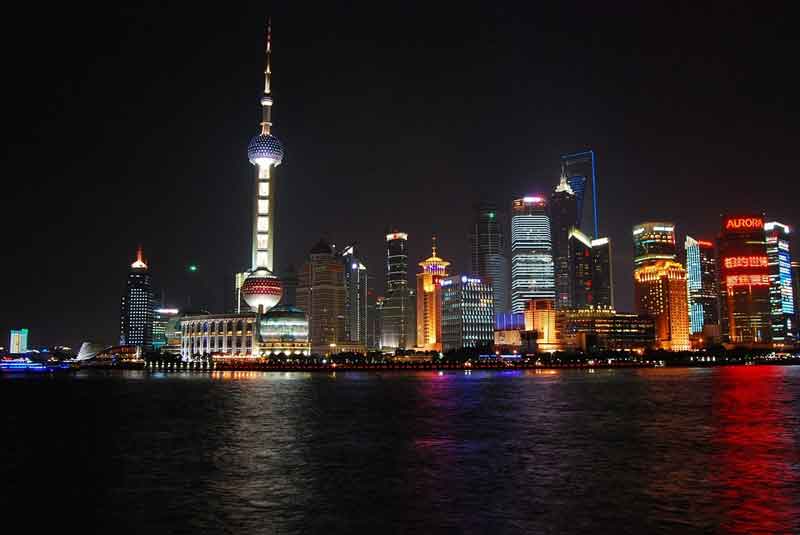 When the United States Senate votes unanimously for what President Trump calls the largest spending bill in the history of the planet, I take it as read that it's just the usual bazillion-dollar boondoggle that will merely lead to "North Troy Syndrome" on steroids.

By the way, the $25 million for the Kennedy Center remained in the bill. On the telly, critics of Kennedy Center greasing in a coronavirus emergency bill tend to preface their remarks with "I'm all in favor of the arts but..." Just for the record, the Kennedy Center is nothing to do with "the arts". It produces bland undemanding over-funded pap for DC lobbyists to take their clients to for a night of pseudo-culture. Had it never existed, we would have lost ...what? Leonard Bernstein's Mass? He'd have written it anyway, and would have benefited from a real and less indulgent producer. To hell with the Kennedy Center.

In economic (rather than humanitarian) terms, the main reason to bear the pain is if it's the first step in "decoupling" from China. I have loathed the mainstreaming of the ChiComs ever since it began. Here is what I wrote in The Sunday Telegraph fifteen years ago, certain aspects of which ring pathetically ironic now - like the Washington Post guy sucking up to the Commies about how China "is the best place in the world to be an American journalist": last week Beijing kicked the Post out of the country. Pretending, in the face of all the evidence, that this nation is a normal economic power like Germany or America has been deeply damaging, and may yet (virus-delivered or otherwise) prove fatal:

Seventy years ago, in the days of Fu Manchu and Charlie Chan, when the inscrutable Oriental had a powerful grip on Occidental culture, Erle Stanley Gardner wrote en passant in the course of a short story:

The Chinese of wealth always builds his house with a cunning simulation of external poverty. In the Orient one may look in vain for mansions, unless one has the entrĂ©e to private homes. The street entrances always give the impression of congestion and poverty, and the lines of architecture are carefully carried out so that no glimpse of the mansion itself is visible over the forbidding false front of what appears to be a squalid hovel.


Well, the mansion's pretty much out in the open now. Confucius say: If you got it, flaunt it, baby. China is the preferred vacation destination for middle-class Britons; western businessmen return cooing with admiration over the quality of the WiFi in the lobby Starbucks of their Guangzhou hotels; glittering skylines ascend ever higher from the coastal cities as fleets of BMWs cruise the upscale boutiques in the streets below.

The assumption that this will be the "Asian century" is so universal that Jacques Chirac (borrowing from Harold Macmillan vis-Ă -vis JFK) now promotes himself as Greece to Beijing's Rome, and the marginally less deranged of The Guardian's many Euro-fantasists excuse the EU's sclerosis on the grounds that no one could possibly compete with the unstoppable rise of a Chinese behemoth that by mid-century will have squashed America like the cockroach she is.

Even in the US, the cry is heard: Go east, young man! "If I were a young journalist today, figuring out where I should go to make my career, I would go to China," said Philip Bennett, The Washington Post's managing editor, in a fawning interview with The People's Daily in Beijing a few weeks back. "I think China is the best place in the world to be an American journalist right now."

Really? Tell it to Zhao Yan of The New York Times' Beijing bureau, who was arrested last September and has been held without trial ever since.

What we're seeing is an inversion of what Erle Stanley Gardner observed: a cunning simulation of external wealth and power that is, in fact, a forbidding false front for a state that remains a squalid hovel. Zhao of the Times is not alone in his fate: China jails more journalists than any other country in the world. Ching Cheong, a correspondent for The Straits Times of Singapore, disappeared in April while seeking copies of unpublished interviews with Zhao Ziyang, the Communist Party general secretary, who fell from favour after declining to support the Tiananmen Square massacre. And, if that's how the regime treats representatives of leading global publications, you can imagine what "the best place in the world" to be a journalist is like for the local boys.

China is (to borrow the formulation they used when they swallowed Hong Kong) "One Country, Two Systems". On the one hand, there's the China the world gushes over - the economic powerhouse that makes just about everything in your house. On the other, there's the largely unreconstructed official China - a regime that, while no longer as zealously ideological as it once was, nevertheless clings to the old techniques beloved of paranoid totalitarianism: lie and bluster in public, arrest and torture in private. China is the Security Council member most actively promoting inaction on Darfur, where (in the most significant long-range military deployment in five centuries), it has 4,000 troops protecting its oil interests. Kim Jong-Il of North Korea is an international threat only because Beijing licenses him as a provocateur with which to torment Washington and Tokyo, in the way that a mob boss will send round a mentally unstable heavy. This is not the behaviour of a psychologically healthy state.

How long can these two systems co-exist in one country and what will happen when they collide? If the People's Republic is now the workshop of the world, the Communist Party is the bull in its own China shop. It's unclear, for example, whether they have the discipline to be able to resist moving against Taiwan in the next couple of years. Unlike the demoralised late-period Soviet nomenklatura, Beijing's leadership does not accept that the cause is lost: unlike most outside analysts, they do not assume that the world's first economically viable form of Communism is merely an interim phase en route to a free - or even free-ish - society.

Mao, though he gets a better press than Hitler and Stalin, was the biggest mass murderer of all time, with a body count ten times' higher than the Nazis (as Jung Chang's new biography reminds us). The standard line of Sinologists is that, while still perfunctorily genuflecting to his embalmed corpse in Tiananmen Square, his successors have moved on - just as, in Austin Powers, while Dr Evil is in suspended animation, his Number Two diversifies the consortium's core business away from evildoing and reorients it toward a portfolio of investments including a chain of premium coffee stores. But Maoists with stock options are still Maoists - especially when they owe their robust portfolios to a privileged position within the state apparatus.

The internal contradictions of Commie-capitalism will, in the end, scupper the present arrangements in Beijing. China manufactures the products for some of the biggest brands in the world, but it's also the biggest thief of copyrights and patents of those same brands. It makes almost all Disney's official merchandising, yet it's also the country that defrauds Disney and pirates its movies. The new China's contempt for the concept of intellectual property arises from the old China's contempt for the concept of all private property: because most big Chinese businesses are (in one form or another) government-controlled, they've failed to understand the link between property rights and economic development.

China hasn't invented or discovered anything of significance in half a millennium, but the careless assumption that intellectual property is something to be stolen rather than protected shows why. If you're a resource-poor nation (as China is), long-term prosperity comes from liberating the creative energies of your people - and Beijing still has no interest in that. If a blogger attempts to use the words "freedom" or "democracy" or "Taiwan independence" on Microsoft's new Chinese internet portal, he gets the message: "This item contains forbidden speech. Please delete the forbidden speech." How pathetic is that? Not just for the Microsoft-spined Corporation, which should be ashamed of itself, but for the Chinese government, which pretends to be a world power but is terrified of words.

Does "Commie wimps" count as forbidden speech, too? And what is the likelihood of China advancing to a functioning modern stand-alone business culture if it's unable to discuss anything except within its feudal political straitjackets? Its speech code is a sign not of control but of weakness; its internet protective blocks are not the armour but the, er, chink.


India, by contrast, with much less ballyhoo, is advancing faster than China toward a fully-developed economy - one that creates its own ideas. Small example: there are low-fare airlines that sell ÂŁ40 one-way cross-country air tickets from computer screens at Indian petrol stations. No one would develop such a system for China, where internal travel is still tightly controlled by the state. But, because they respect their own people as a market, Indian businesses are already proving nimbler at serving other markets. The return on investment capital is already much better in India than in China.

I said a while back that China was a better bet for the future than Russia or the European Union. Which is damning with faint praise: trapped in a demographic death spiral, Russia and Europe have no future at all. But that doesn't mean China will bestride the scene as a geopolitical colossus. When European analysts coo about a "Chinese century", all they mean is "Oh, God, please, anything other than a second American century". But wishing won't make it so.

China won't advance to the First World with its present borders intact. In a billion-strong state with an 80 per cent rural population cut off from the coastal boom and prevented from participating in it, "One country, two systems" will lead to two or three countries, three or four systems. The 21st century will be an Anglosphere century, with America, India and Australia leading the way. Anti-Americans betting on Beijing will find the China shop is in the end mostly a lot of bull.