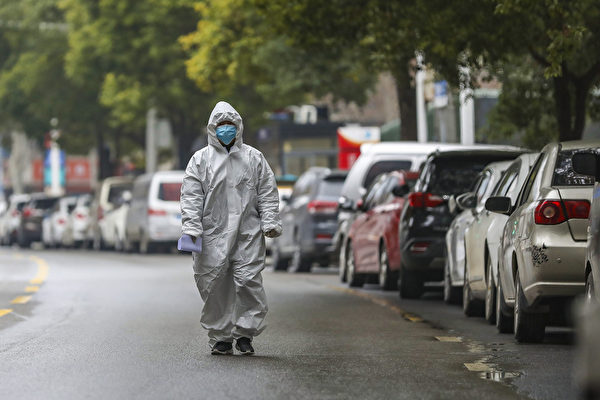 A few notes on the Kung Flu fighting:

I blow hot and cold on the coronavirus, because that's the way to go in this game. Many on the left would like it if COVID-19 were to peak about twenty minutes before polling stations open on Tuesday November 3rd. Because of that, many on the right have gone hardcore sangfroid: "Here am I visiting the Wuhan pepper factory. #AchooToo!"

Reality lies somewhere in between, which is quite a spectrum. Nonetheless, certain parts of the world have traveled quite a ways in nothing flat:

• Sixteen million people in northern Italy are currently being held in what Wikipedia describes as "the largest lockdown in European history", although surely the Iron Curtain holds that record. Weddings and funerals are verboten, and cinemas, swimming pools and ski resorts are all closed. You can still go to a cafĂ©, but only between 6am and 6pm and as long as you sit one meter apart from your fellow latte sipper. These would have seemed absurd measures a week ago. A week from now, they will be being denounced as hopelessly insufficient.

• In Iran, meanwhile, only Allah knows the truth of the situation. But every evening Iranians switch on the telly news to discover yet another famous or powerful person has kicked the bucket. A competent dictatorship (such as China's) at least ensures these things afflict only the peasantry. In an incompetent dictatorship (such as Iran's), the disease takes out bigshot ayatollahs, ambassadors, members of parliament, government ministers, senior advisors to the Supreme Leader and, of course, the chief of Iran's Crisis Management Organization, who revealed today that he somehow wound up taking his work home with him.


Either the regime's leadership is especially prone to COVID-19, or near everyone in the country's got it. In American terms, it's the equivalent of switching on the news and learning that Nancy Pelosi, Mitch McConnell, Elizabeth Warren, Mitt Romney, Kellyanne Conway and Mike Pence all tested positive today. Which is hard to imagine. But then again the head of the New York/New Jersey Port Authority has got it, and Ted Cruz is self-quarantining.

~So much for blowing hot. Blowing cold, it seems unlikely to kill as many people as the Black Death, despite following the same route of spread (from East Asia to Italy) and being dependent on the same containment measures as seven centuries ago (quarantine). But that's because the best defense against an influenza pandemic is rising temperatures - or global warming. It seems an odd time for anti-Biden protesters to be rushing the stage demanding the slaughter of cattle herds when bovine flatulence may be all that stands between us and the abyss. For my own part, I will only travel with a flatulent Holstein as my emotional support animal.

Despite such precautions, here in New Hampshire, Ground Zero happens to be my own dear county of Grafton. A week ago, I recalled that in the SARS scare of 2003 it was the Ontario health care system that infected Canadians and Americans. In the Granite State, as I discussed on the radio last week, it's again the medical profession. An employee of Dartmouth Hitchcock Medical Center, New Hampshire's largest hospital, returned from Italy, tested positive, was ordered to self-quarantine, and instead went to a social gathering of Hitchcock residents and Tuck Business School students in White River Junction, Vermont.

At which he infected other DHMC personnel.

The chances of catching the Coronavirus are still quite slim in New Hampshire. But, if you do want to catch it, the easiest way to do so is to go to the hospital.

Meanwhile, Raheem Kassam passes on this text from "a high profile CPAC attendee":

Went to doc today, VA. Referred to health dept if I want a test for COVID-19. Doc told me health dept won't give tests without full name of the person diagnosed that you came into contact with. Symptoms irrelevant.


For non-American readers, HIPAA or HIPPA (I forget which) is the bureaucratic boilerplate you sign without reading every time you visit a new health-care facility in which they explain your right to the confidentiality of your medical records no matter how many times the Chinese hack in and steal them. So, thanks to HIPPA, the "full name" of the infected Dartmouth Hitchcock doctor remains undisclosed.

Which makes qualifying for a test somewhat difficult.

A lady who claims to be "COVID-19 Positive" but has been thrice denied a test argues that restricted testing is intentional and strategic:

The Official Policy of the Trump Administration is Eldercide. They have seen the statistics from China and decided "Well, if grandma & grandpa die that won't hurt the economy." Make no mistake, these people don't believe the Government should do anything.

I like a conspiracy theory as much as the next chap, and I'm willing to entertain the proposition that COVID-19 is Deep State payback or Politburo bio-warfare retaliation for the Trump trade war or all kinds of other things. But the above theory makes no sense.

If "Eldercide" is anybody's strategic goal, it's surely the left's: Their position is that it's the geezer vote that provided the margin of victory for Trump and Brexit and everything else they revile, but that this is a last gasp of a xenophobic homophobic Islamophobic transphobic gerontocracy and as soon as the old coots are six feet under the triumph of the new utopia is inevitable.

If that's the case, why would Trump kill off the only demographic keeping him in business?

Meanwhile, my old chum Toby Young went to Emergency at the NHS:

When Sasha and I were eventually seen at about midnight, I alerted the doctor to the fact that there was a man wandering around the waiting room who might have coronavirus.

'Oh really,' he said, looking at me with disdain. 'And what makes you think he has Covid-19? Is it because he's of Asian ancestry?'

'No,' I replied. 'It's because he went up to the receptionist and said "I think I've got coronavirus."'

Toby should be careful. As previously discussed, the NHS is about to implement a system in which you can be denied service if you make remarks of a homophobic, racist or similar bent. As that doctor hinted, suggesting someone might have coronavirus could qualify you as a Sinophobe - and letting you die for an incorrect opinion is cancel culture taken to its logical conclusion: the Ultimate Cancellation.