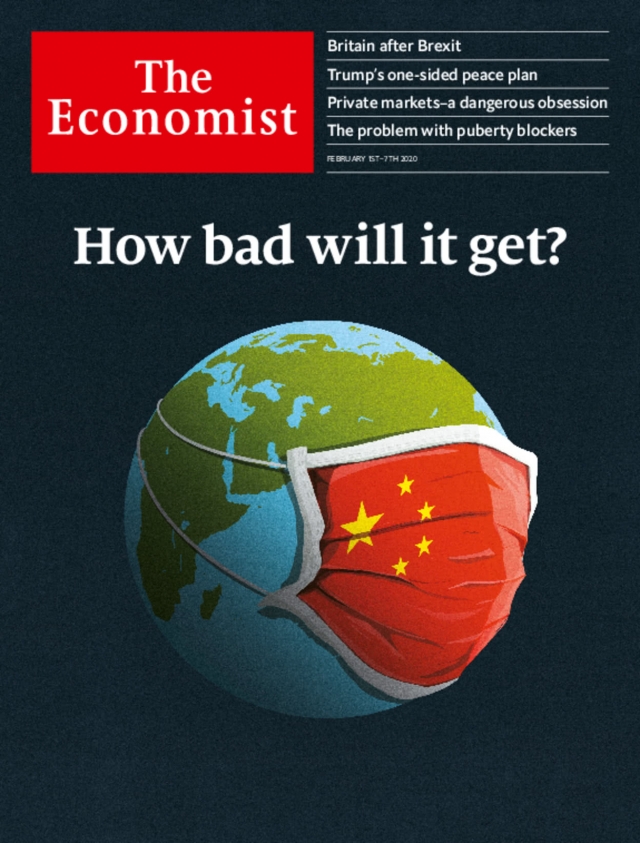 "Why do you keep calling this the 'Chinese virus?'" visibly angry ABC News White House correspondent Cecilia Vega demanded of President Donald J. Trump during Wednesday’s press conference with his COVID-19 task force. "There are reports of dozens of incidents of bias against Chinese Americans in this country," she seethed. "People say it’s racist."

"It’s not racist at all," President Trump replied. "Not at all. It comes from China. That’s why." He added, "China tried to say at one point — maybe they stopped now — that it was caused by American soldiers. That can’t happen. It’s not going to happen — not as long as I’m president."

PBS’s Yamiche Alcindor later asked Trump, "Do you think using the term 'Chinese virus' — that puts Asian Americans at risk, that people might target them?"

"No, not at all," President Trump responded. "No, not at all. I think they probably would agree with it 100 percent. It comes from China. There’s nothing not to agree on."

Before Vega, Alcindor, and their brethren in the media again accuse President Trump of COVID-19-related racism, they should focus on the racism associated with so many other diseases.

Clearly, the term German measles is racist. So are Spanish flu, Japanese encephalitis, Ebola (named after the Ebola River, a tributary of Africa’s Congo River), and the tick-borne Lyme Disease, christened after a deer-clogged town in Connecticut that mirrors talcum powder, given its 96.5 percent white population.

Also, CNN’s execrable Jim Acosta has referred to "the Wuhan Coronavirus." And he is not alone! In his compendium of the dinosaur media’s innumerable COVID-19-related lies, Breitbart’s John Nolte on Tuesday carefully documented 23 instances in which major news outlets have used the same supposedly racist language that President Trump employed, or words that were nearly as prejudiced.

Others were a bit more sophisticated and called this disease "Chinese Coronavirus." These include:

And other news organizations wielded a less broad calligraphic brush to paint a racist portrait of COVID-19 as a pathogen from Wuhan, the capital of China’s Hubei province. These journalists attacked Wuhanites but left untouched those from elsewhere in the Middle Kingdom.

One must respect the narrowly tailored racism of these media establishments for referring to "Wuhan virus" and "Wuhan Coronavirus."

And The Economist deserves special mention for a striking cover illustration, ABOVE, which combines Sinophobia and some truly beautiful graphic artistry, which makes it particularly dangerous. One wonders how many Americans of Chinese background were beaten to a pulp after this issue hit newsstands on Feb. 1.

If White House correspondents excoriate President Trump for alleged anti-Chinese racism, then they also should denounce the Sinophobic bigotry of their reputedly enlightened colleagues in the press corps.


Conversely, they could recognize this truth: There is nothing remotely racist about calling a pathogen Chinese when it comes from China. As no less than the World Health Organization states on its website: "COVID-19 is the infectious disease caused by the most recently discovered coronavirus. This new virus and disease were unknown before the outbreak began in Wuhan, China, in December 2019."

The relentlessly reckless and destructive Trump-loathing media must stop playing absurd, juvenile games in the middle of a literal national emergency. Perhaps they could use their megaphones to popularize the Coronavirus.gov website, educate Americans on President Trump’s "15 Days to Slow the Spread" anti-COVID-19 guidelines, encourage people to wash their hands and use sanitizer gel, and steer boneheaded Millennials off of Spring Break’s beaches and into gatherings of 10 or fewer or, even better, self-quarantine.

These irresponsible journalists should try such worthwhile exercises rather than squander their talents on Trump hatred and national division.