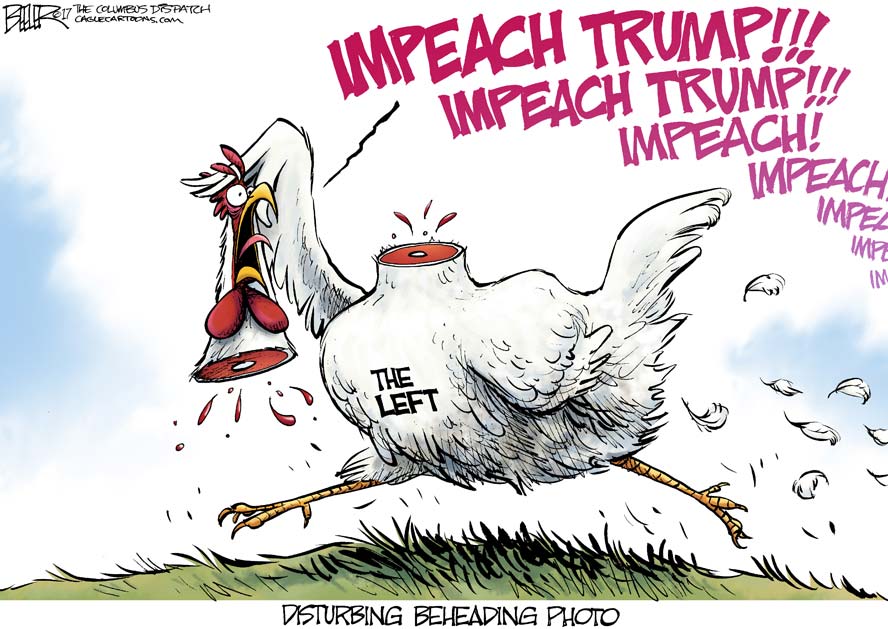 On Jan. 20, the United States confirmed its first case of the coronavirus. The nation's political and media elite obsessed over Mitch McConnell's just-announced resolution governing the impeachment trial of President Trump.

On Jan. 23, China locked down the city of Wuhan. Cable news in America lit up with praise for the epic, nay historic, performance by House impeachment manager Adam Schiff in the trial's opening arguments.

On Jan. 30, the World Health Organization declared a world-health emergency. The US Senate prepared to vote on impeachment witnesses.

On Feb. 5, the cruise ship Diamond Princess quarantined thousands of passengers after a major outbreak on board. Mitt Romney announced that he'd vote to convict Trump on one of the two counts against him, and the Senate voted to acquit on both.

If the Senate had approved additional impeachment witnesses, the trial would have stretched further into February at least, overlapping even more with the epidemic.

Trump closed off travel from China while the trial was still ongoing, the day after senators asked their final questions of the impeachment managers and the White House defense team. Only 2 1/2 weeks after the trial, the White House requested $1.25 billion in emergency coronavirus funding from Congress.

If the trial hadn't ended expeditiously, the Senate easily could have been still seeking the testimony of, say, former White House counsel Don McGhan about the details of the non-firing of special counsel Robert Mueller – at the same time everyone expected the administration to be shifting into a war footing against the virus.

In that circumstance, the impeachment trial obviously would have been immediately shelved, because a discretionary national crisis can't compete with a real, unavoidable one. Political melodrama must give way to a potential public-health catastrophe. Purportedly historic events that were going to be forgotten within weeks can't compare to days that genuinely might define our era.

For more than three years, American national politics has been constantly on a crisis footing over presidential tweets, two-day controversies, dubious storylines whipped up by the media and Trump's genuine outrages. Little of it has been enduring, or nearly as important as the intense, wall-to-wall attention at any given moment suggested.

Trump and his opposition have been engaged in a performative dance of mutual animosity that is angry, hysterical and, ultimately, inconsequential.

The Mueller probe constituted the tent pole of this period. For years, it drew wishful comparisons to Watergate in the media, but it came up empty, since its premise of a Trump conspiracy with the Russians was always a progressive phantasmagoria.

After all the energy devoted to inflating the Russians into a clear-and-present danger to the workings of America here on our shores, that threat has instead proved to be China, which loosed a virus on the world that has temporarily crashed the American economy and shut down much of American life, including elections.

After we spent months pretending that Trump would somehow be ousted from the presidency by his own party in the Senate, not only is he still the president, all people of good will are rooting for him to perform as ably as he can in this crisis.

After acting as though we had endless time and energy to waste on nonsense because the stakes were so small in what was until the day before yesterday a time of peace and prosperity, we have been jolted into a period when our national decisions really matter, and time and resources are of the essence.

In short, the epidemic has put in stark relief the pettiness and absurdity of much of what has transpired in our national life since Trump won the presidency. This crisis is the unmistakable punctuation mark on that post-2016 era and the beginning of something new.