Trump was right to walk away from Kim 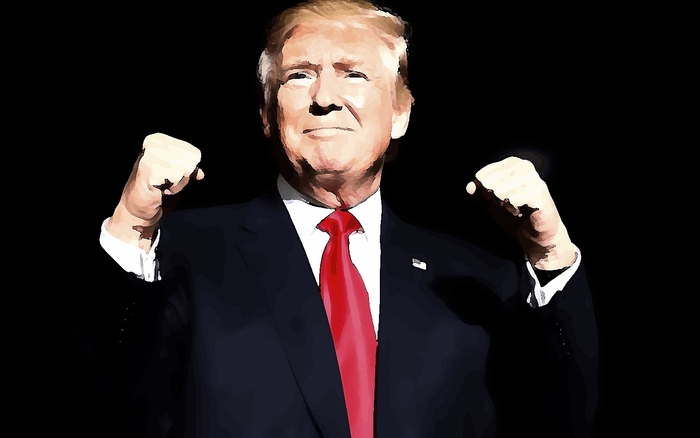 Arms-control enthusiasts must be disappointed. On Thursday afternoon, President Donald Trump cut short his summit in Hanoi with North Korea's Kim Jong Un. "Sometimes you have to walk," Trump explained later at a press conference.

He's right. Trump said Kim demanded a full lifting of sanctions in exchange for only partial denuclearization. It's an old tactic for the North Koreans. They negotiate, pocket concessions, then fail to deliver.

Unfortunately, the president is wrong about another point he made at the press conference: the prospects for a deal with Kim. As Trump tells it, Kim would like for his gulag state to be prosperous like Vietnam - another former U.S. foe with a penchant for Marxism. "I've been telling everybody, they have tremendous potential," Trump said, referring to North Korea.

They don't. It's hard to know what's going on inside Kim's head, but if he has an ounce of common sense he must know that he cannot both oversee a healthy market economy and remain the warden of a prison state.

This is not to say that authoritarian states cannot become wealthier; China and Russia show otherwise. But the North Korean state is a combination of Josef Stalin's Soviet Union and George Orwell's "1984." Start with the fact that slavery remains a key part of its economy. Matthew Zweig, an analyst for the Foundation for Defense of Democracies, estimates that one in 10 North Korean workers are slaves, pressed into labor in camps visible in satellite photos.

There are also approximately 100,000 North Koreans sent abroad to work mainly as manual laborers, whose earnings are taxed at near confiscatory rates. (Much of this is detailed in a lawsuit filed by a North Korean ship worker who worked 12-hour days at a shipyard in Poland in unsafe conditions with almost all of his wages paid in taxes to Pyongyang.) It's a scheme that provides Kim's regime with the hard currency it needs to build nuclear weapons and the missiles to deliver them.

It should go without saying that this system will never yield the kind of healthy economy that Trump dreams of for North Korea. For North Korea to be prosperous, its citizens cannot live in perpetual terror and fear. The problem for Kim is that, without fear, his regime would crumble.

For now, then, it doesn't look like an economic revolution is on the horizon. Trump's instinct to try to negotiate a deal to at least defang this menace is not crazy. But his offer to make North Korea prosperous is foolish.

As he continues to deal with North Korea, Trump would do well to study Ronald Reagan's presidency. Like Trump, Reagan sought a deal with a dictator. But Reagan's legacy is not the arms-control agreement he made with Soviet leader Mikhail Gorbachev. It is the moral clarity Reagan brought to America's relationship with the country he called an evil empire - a vision that helped to hasten its collapse.

It's a model Trump seems to be following in Venezuela, where he has a chance to help the Venezuelan people usher out Nicolas Maduro, the Western Hemisphere's second-worst tyrant. Trump decided not to sign an agreement with Kim because "we just felt it wasn't appropriate, and we really want to do it right," he said just before leaving Hanoi. If the president is looking for a foreign policy legacy, his best chance is half a world away.