Proposed voting changes are about power, not principles 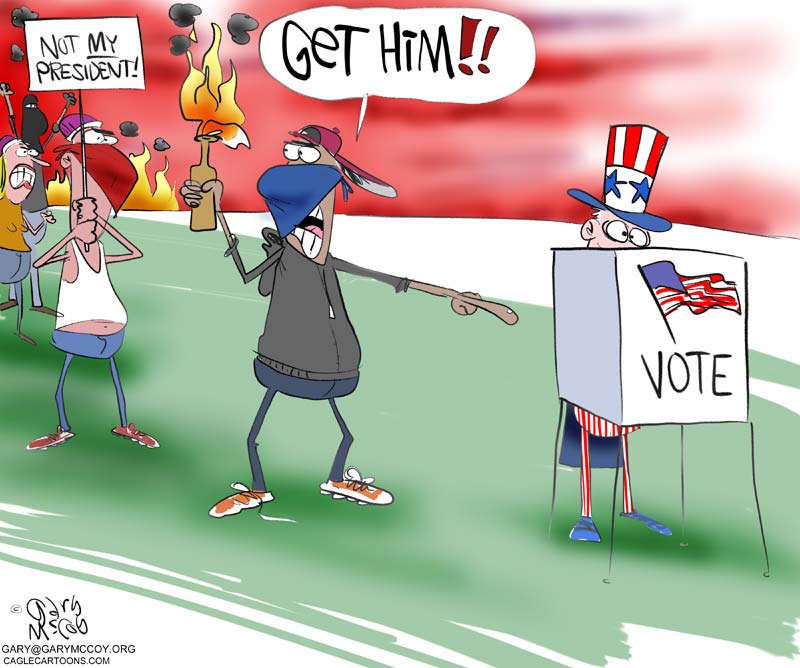 Progressive candidates and new Democratic representatives have offered lots of radical new proposals lately about voting and voters. They include scrapping the 215-year-old . Progressives also talk of extending the vote to 16- or 17-year-olds and ex-felons. They wish to further relax requirements for voter identification, same-day registration and voting, and undocumented immigrants voting in local elections.

The 2016 victory of shocked the left. It was entirely unexpected, given that experts had all but assured a landslide. Worse still for those on the left, Trump, like in 2000 and three earlier winning presidential candidates, lost the popular vote.

From 2017 on, Trump has sought to systematically dismantle the progressive agenda that had been established by his predecessor, -- often in controversial and unapologetic style.

The furor over the 2016 Clinton loss and the new Trump agenda, the fear that Trump could be re-elected and anger about the have mobilized progressives to demand changes to the hallowed traditions of electing presidents.

was designed in part to ensure that candidates at least visited the small and often rural states of America. The generation of the Founding Fathers did not want elections to rest solely with larger urban populations. balances out the popular vote.

The founders were also terrified of radical democracies of the past, especially their frenzied tendencies to adopt mob-like tactics.


In response, the was designed to discourage crowded fields of all sorts of fringe presidential candidates in which the eventual winner might win only a small plurality of the popular vote.

Voting requirements have also reflected disdain for radical democracy. Lawmakers have argued that young adults who are at least 18 years old have more experience, are more independent and take on more responsibilities than do younger teenagers living at home. Therefore, they are likely to make more reasoned decisions. Some progressives want to lower the voting age.

Similarly, most states consider the judgment of felons who have committed serious crimes suspect compared with those who have followed the laws. These states have prohibited felons from voting by first requiring completion of their sentences or parole or probation, depending on the nature of their crimes. Many on the left support measures that would ease voting restrictions on ex-felons.

Progressives have deliberately confused residency with citizenship, as if a person living in America, paying some sales or income taxes, should have the same voting rights as those who are legal citizens.

All these proposed modifications are aimed at changing the nature of the electorate and the method of voting in order to change results. In reductionist terms, new rules and new voters reduce the relative voting clout of law-abiding adult citizens.

Leftists assume that Americans are not sympathetic to their new advocacies. In other words, the current 2019 potpourri of progressive issues might not warrant 51 percent sport among the existing voting public in the next election.

Most Americans are skeptical of reparations. They do not favor legalizing infanticide. They do not want open borders, sanctuary cities or blanket amnesties. They are troubled by the idea of wealth taxes and top marginal tax rates of 70 percent or higher.

Many Americans certainly fear the Green New Deal. Many do not favor abolishing all student debt, or the . Nor do many Americans believe in costly ideas such as Medicare for All and free college tuition. The masses do not unanimously want to stop pipeline construction or scale back America's booming natural gas and oil production.


A cynic might suggest that had actually won the 2016 vote but lost the popular vote to Trump, progressives would now be praising our long-established system of voting.

Had current undocumented immigrants proved as conservative as past waves of legal immigrants from and , progressives would now likely wish to close the southern border and perhaps even build a wall.

If same-day registration and voting meant that millions of new conservatives without voter IDs were suddenly showing their Trump support at the polls, progressives would insist on bringing back old laws that required voters to have previously registered and to show valid identification at voting precincts.

If felons or 16-year-old kids polled conservative, then certainly there would be no progressive push to let members of these groups vote.

Expanding and changing the present voter base and altering how we vote is mostly about power, not principles. Without these radical changes, a majority of American voters, in traditional and time-honored elections, will likely not vote for the unpopular progressive agenda.