The Twitter takeover of politics: You ain't seen nothing yet 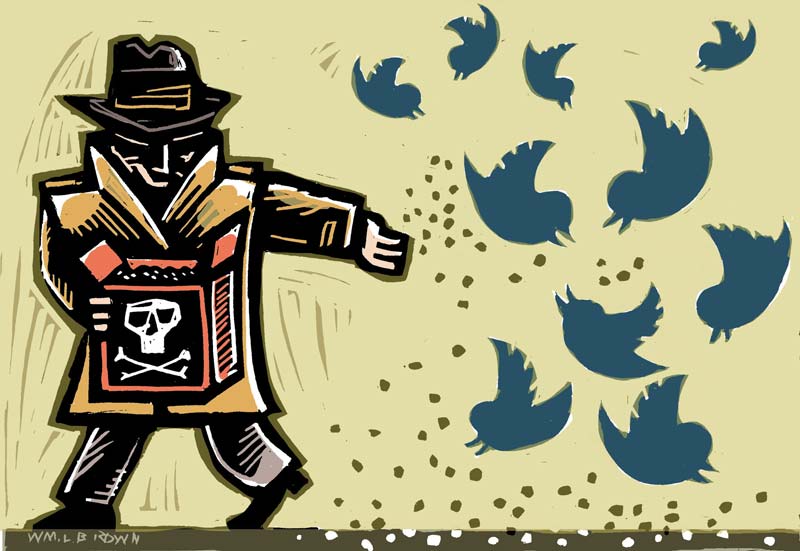 The latest political controversy involves Rep. Ilhan Omar tweeting and insinuating that American political support for Israel is driven by Jewish money and lobbying. Leaving aside her views for now, the general trend is striking: Social media is allowing individual politicians to further their own careers at the expense of their party's reputation. The result is that U.S. politics is quickly changing into a parade of celebrities.

Put yourself in Omar's shoes. You are a freshman representative in a group of 435. Most of your cohort will never receive national recognition, and as a Muslim woman, perhaps your hold on the seat is not entirely secure. You will probably never run for president, or even Senate, so your future is not tied very closely to that of the Democratic Party.

At some point you realize that if you tweet about Israel, you will get attention. You probably believe in what you are saying, and you think your opinions will contribute to the dialogue. But the tweets will also make you a national celebrity. That may help your future ability to get a book contract, hit the lecture circuit, or join a lobbying or non-profit firm. Even if most Americans find your views objectionable, there will be a place for you in a country this large, wealthy and diverse.

I have found that when people perceive their self-interest and sense of morality to be in harmony, they are very likely to act in accordance with them.

And so it came to pass. Omar started tweeting about Israel, later tweeted a problematic remark about "Benjamins," people were offended and accused her of anti-Semitism, and she has since apologized. But don't be too distracted by the apology: She definitely got people talking about one of her preferred issues, and she raised her profile significantly. And she hasn't withdrawn her main point.

Of course, it is the Democratic Party that ends up looking bad. For one thing, most Americans are pro-Israel. Even if the tweets had been less controversial, the mere act of talking about Israel exposes more fissures in the Democratic coalition than among Republicans.

Or consider Rep. Alexandria Ocasio-Cortez, arguably a genius on social media. She is attracting more attention than most (all?) of the Democratic presidential candidates, and now has over three million Twitter followers. She has been setting the Democratic agenda on both tax and environmental policy, and spurring a general sense among primary voters that the party ought to be moving further to the political left.

But is this all good for the Democratic Party? The positive spin would be that she is revitalizing debate in the party and giving it greater appeal to the young. The negative spin is that she is pushing the primary candidates too far to the left, and making them look tired and stale compared to her energy and innovativeness. House Speaker Nancy Pelosi's response to the Green New Deal idea was striking: "It will be one of several or maybe many suggestions that we receive. The green dream, or whatever they call it, nobody knows what it is, but they're for it, right?"

No matter what the final result may be, the upstarts have been empowered relative to the establishment.

This trend will almost certainly continue and intensify. Most politicians do not have excellent social media skills, but many will try to get noticed and have an impact (or at least hire staff members who will). As more politicians up their game on social media, more of these attempts will hit home. Ocasio-Cortez will have competition. The influence and reach of political celebrities will grow stronger, and the parties will become weaker yet.

This may be a more important trend than what is sometimes called political polarization. But what does this new, more intense celebrity culture mean for actual outcomes? The more power and influence that individual communicators wield over public opinion, the harder it will be for a sitting president to get things done. (The best option, see above, will be to make your case and engage your adversaries on social media.) The harder it will be for an aspirant party to put forward a coherent, predictable and actionable political program.

Finally, the issues that are easier to express on social media will become the more important ones. Technocratic dreams will fade, and fiery rhetoric and identity politics will rule the day. And if you think this is the political world we're already living in, rest assured: It's just barely gotten started.