Knowing your 'attachment style' could make you a smarter dater 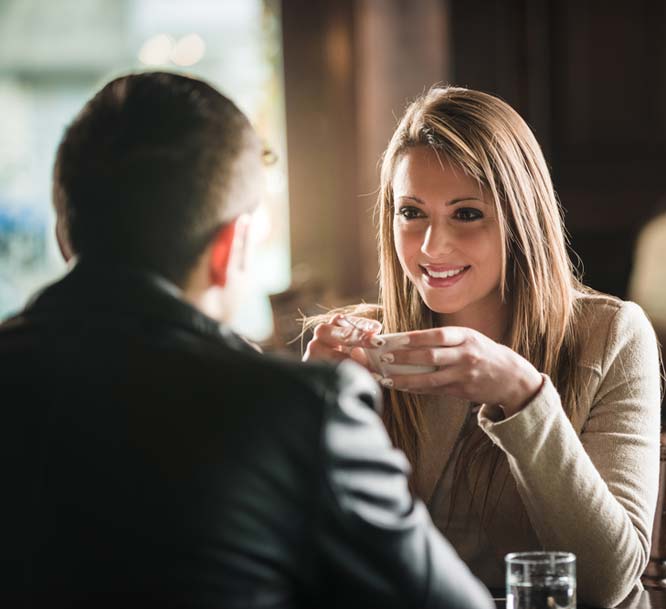 A few years ago, a friend of mine brought me her copy of the book "Attached: The New Science of Adult Attachment and How It Can Help You Find - And Keep - Love."

"You can keep it," she said, explaining that she is an anxious attacher. "I see the patterns everywhere now; I will never date an avoidant again."

I was still licking the wounds from my most recent ex - an avoidant himself, although I didn't know what to call his hot-and-cold behaviors at the time. This lingo was foreign to me, so I read "Attached" from cover to cover. Then I ventured online and found four or five attachment-style quizzes. As it turns out, I am an anxious attacher, which means I tend to overanalyze my partner's signals, second-guess their feelings toward me, and worry that they may abruptly lose interest and end the relationship.

The more I researched attachment theory, the more I became like my friend. I saw models of attachment everywhere: in movies, between friends, with my parents and so on.

According to psychiatrist and neuroscientist Amir Levine, who co-wrote "Attached" with therapist Rachel Heller, infants are born with an innate need to attach. "Attachment theory highlights the adaptations we make to get our needs met," says clinical psychologist Lisa Firestone.

Children use their guardian as a "secure base" from which to explore the world, come back and be comforted. Firestone studied the reactions of infants and parents in a lab setting; the children were separated from their caregivers, left with a stranger, and then reunited. She found that the children who had responsive caretakers dealt with the separation easier - these children had a secure attachment style. Children whose primary caretakers only sometimes met their needs - perhaps they had trouble reading their babies' cues, or were preoccupied with other tasks outside of nurturing - were anxious attachers. They didn't like being left, clinging to their guardians and using "protest behaviors" to get attention. Some were avoidant, resulting from a detached caregiver; they learned to fend for themselves and project high self-confidence, acting unaffected if their primary caretaker comes or goes. A rare fourth style, disorganized attachment, was later identified; this is where children have no reasonable way to meet their needs, often resulting from caregiver abuse or neglect.

Eventually, those infant-caretaker relationships map onto our adult romantic relationships. Secure attachers feel comfortable with intimacy and develop romantic ties relatively easily. Anxious attachers fear abandonment and the loss of their partner's love (as do fearful attachers, the adult version of disorganized). Avoidant attachers never get too close or "connect," says Firestone; they refuse to rely on romantic partners and often see those partners as "needy" if they require too much intimacy.

Attachment theory originated in the 1940s and has seen a recent boom of interest and research. Journalist Peter Lovenheim, who wrote a new book on attachment theory, "The Attachment Effect: Exploring the Powerful Ways Our Earliest Bond Shapes Our Relationships and Lives," said he learned about attachment theory after coming out of a 20-year marriage with three kids. He entered a new relationship "that felt like an emotional roller coaster," he explains. "Then, I was visiting my daughter at college, and found a psych textbook in her dorm room detailing attachment theory - specifically the 'anxious-avoidant trap' where opposing attachment styles become a couple. The authors described what I'd been experiencing to a T."

Estimates suggest roughly 50 percent of the population is secure, 20 percent is anxious, 25 percent is avoidant and 5 percent is fearful. Before you conclude there are "bad styles" (insecure types) or "good styles" (secure), though, Lovenheim points to research on attachment in the workplace that shows how anxious and avoidant types have unique value. "Researchers got a group of people together, and they measured their attachment styles," he explains. "They told the participants they were going to analyze data on a computer screen. But that wasn't the point of the study. They had rigged the computer so it started smoking."

As Lovenheim describes, researchers wanted to see how attachment informed participants' reaction to the threat. Anxious attachers were the first to detect the smoke, and avoidants were the first to find a way out of the situation. The scientists concluded how these findings fit within the attachment model of relationships. "Anxious types are attuned to personal threats, whereas avoidants shun close relationships in favor of self-reliance," Lovenheim says.

Sensitivity and self-sufficiency have their places, and so anxious and avoidant types have adapted to their environments. They have learned to meet their needs without a fully responsive caregiver. "These types are variations on the norm," Levine says. "As I come to think of attachment now, it's more of working model versus styles; it is something you're still working with, and it's subject to change with different sets of expectations and beliefs about the world. Your working model decides what cues you pay attention to and what you ignore."

Experiences also inform your working model. The right match can make you more secure, whereas the wrong match can make you even more anxious or avoidant. Since I err on the anxious side, I would pair best with a secure person for long-term satisfaction. I just didn't always know that years ago.

Looking back over the course of my romantic history, I can see how different partners affected my security in relationships. My first boyfriend was anxious, which made us both oversensitive to each other's cues. My second boyfriend was avoidant. Although it started with a "spark" - characteristic of many anxious-avoidant pairings, says Firestone - it ended with perpetual frustration. His deep-seated independence usually came before my needs for intimacy.

After learning my attachment style in the aftermath of my anxious-avoidant trap, I came up with a better working model for my romantic relationships based around my personal needs. I have mostly chosen to date secure men ever since, men who can respond to my needs without getting defensive. (My last boyfriend was a secure attacher, and it's no surprise this was my longest and healthiest relationship.)

If you're insecure, awareness of your model can be crucial in building stronger bonds. "Learning your attachment style can be empowering," Lovenheim says. "It's hard if you're going through life anxious and don't know it; for example, you won't understand the conflicts and frustrations in your relationships. When you learn attachment, you can think, 'Oh, that's my attachment style speaking' when you're triggered by something. You can even think, 'I don't need to respond that way' and change your behaviors."

Perhaps technology and the advent of app dating have put insecure attachers at a greater disadvantage than ever; there are more ways to be avoidant of your partner (screen time, texting) and more ways to feel anxious (ghosting, monitoring social media, etc.). But you can learn to recognize those who respond to your needs in a healthier way and are likely secure.

What's great about secure attachers is that they're super-adaptable human beings. They can provide the intimacy and reassurance that anxious and fearful attachers require without getting spooked; they can also provide avoidants with the space they need, so romantic relationships don't overwhelm them. Dating a secure is probably the goal, although Firestone says so many anxious and avoidant types are drawn to each other for the "early appeal of differences," adding "but it isn't all about the spark."

According to Lovenheim, two insecure types can date each other. "It just takes more work and awareness," he says. However, if you're insecure and you've never dated someone secure, it might be worth a try. As I discovered as an anxious type, it's much easier to date someone who will reassure you when you worry or who isn't afraid of intimacy. If you're avoidant, it's also easier to date someone who will give you the necessary space in your relationship. Dating someone secure can ultimately make you more secure. This is called "earned secure," says Lovenheim.

So, if you want more secure relationships, it's important to identify prospects who can meet your needs early on. I asked all of the attachment experts how to identify one of these mythic secure folks in the dating pool. Levine's go-to strategy is looking for "CARRP," meaning someone who is consistent, available, reliable, responsive and predictable. That means they're making time to go on dates; they pick up the phone when you call; they respond to texts in a timely manner; and when their partner expresses relationship needs, they're met with compassion.

Lovenheim also says to pay attention to how much information a person discloses about themselves. Anxious attachers may over-disclose, because they crave intimacy; they can also be quite engaging. "They have a tendency to jump the gun and be more emotionally open right away," Lovenheim says. "On the other hand, an avoidant attacher wouldn't tell you much about themselves; they might stick to work, sports, real estate and so on." Secure attachers take more of a Goldilocks "not too hot, not too cold" approach. "They don't say too much, nor too little," Lovenheim says. "You feel comfortable. Neither tested or judged."

Firestone says you can gather information about a prospect's past early on, or at least within a few dates. "Do they have a healthy and balanced view of their parents? Do they have positive experiences in past relationships?" she says. "Also, they probably have reasonable confidence, seem compassionate and kind, and view you in a balanced light. They haven't idealized you right away; they're not in love with the idea of you, but rather see you as a whole person with strengths and weaknesses."

In an age of instant gratification, where we find dates on apps and hope to feel an immediate romantic connection, experts say not to give up too quickly, to give chemistry a little extra time if you meet a secure attacher you might be interested in.

Perhaps that is my favorite lesson about attachment theory - how counter it runs to the messages of pop culture and current trends. When do you see a securely paired couple in a movie, without that hallmark central conflict? Levine can think of but one: "My Big Fat Greek Wedding." The couple is supportive of each other and there's easy intimacy within the courtship, Levine says, while the family dynamics provide most of the film's conflict.

There's allure and mystery in opposites. The phrase "opposites attract" could have been derived from the many anxious-avoidant pairings out there. Initially, each seems to have what the other lacks; one is emotional and expressive, the other is distant and confident, Firestone says. "It's sort of like Cinderella," she explains. "It's looking for someone to save you, be okay, or be whole."

Such relationships can be intoxicating - but not usually built to last, according to the laws of attachment theory. "In actuality, feeling relaxed around a partner - the opposite of the spark - is probably a good sign," Firestone says.