Is College Being Disrupted? 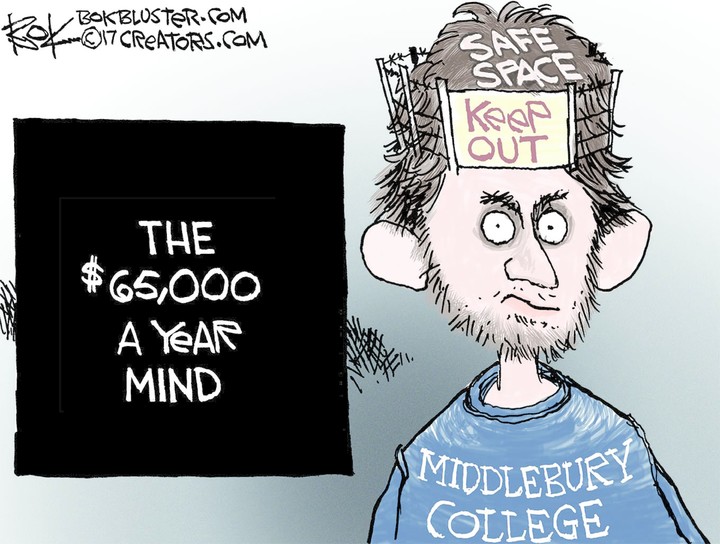 A group of law students I teach were recently discussing the merits of the traditional three-year law degree program.

"Why not only have two years?" one suggested, "The third year could be a practicum, or a working internship." That same week, an undergraduate student asked me what I thought about five-year business degree programs that offer a bachelor's and a master's degree in one package.

This is something of a trend: whittling down graduate school requirements or fusing them with undergraduate programs to reduce the amount of time spent in school.

But graduate school courses are narrowly targeted for specific career preparation. As such, they are harder to eliminate and easier to justify. What is becoming increasingly difficult to justify is what passes for undergraduate education, and the skyrocketing costs associated with it. There, higher education is ripe for disruption.

Harvard Business School professor, and best-selling author, Clayton Christensen made the term "disruptive innovation" a household word. But many still misunderstand the concept. An innovation is poised to disrupt when it hits at the confluence of technological advancement and widespread public dissatisfaction with the pre-existing business model. For example, digital audiotape made it possible to copy songs without degrading the sound quality. MP3 file formats and the internet made it possible to widely share those copies. Peer-to-peer file-sharing pioneer Napster was disruptive not just because of those technologies, but also because of the artistic community's and the consuming public's shared loathing of the music industry's business practices.

Higher ed is in the middle of just such a perfect storm.

What threatens to disrupt the traditional business model of a four-year college education? Online education.

True, if you asked any student admitted to a top-tier college or university over the past few years whether they considered an online undergraduate program, their answer would almost inevitably have been "no." But that is typical of disruptive innovations, the initial quality of which is perceived to be poor, and thus not widely accepted by mainstream customers. And yet, later iterations improve, perceptions change and, as they do, products move upmarket.

I've watched for more than two decades as online education has morphed from being an option of last resort to entire programs offered online at respected research institutions. Stanford was among the first to offer a massively open online course and now offers several hundred online courses. Ohio State, Penn State and Arizona State universities offer nationally ranked, completely online bachelor's degrees. The University of Illinois, among others, has an online MBA program.

What about the second prong? Is there widespread public dissatisfaction with college education today?

Just look at the headlines.

In recent weeks, riots broke out at the University of California, Berkeley, and at Middlebury College. Students, faculty and administrators routinely curb freedom of speech, association and other constitutional liberties of those holding views with which they disagree. There has been a proliferation of courses — and policies — founded on questionable concepts like "privilege" and "cultural appropriation." Across the country there are calls for "trigger warnings" or the elimination of course content that "offends," for the creation of "safe spaces," or even complete racial segregation. Complaints of faculty bias — in teaching and in hiring — are rampant. The general public has been horrified to hear about courses offering demonstrations of sex toys, a professor sidelining as a phone-sex dominatrix, and multiple sexual misconduct scandals, among others.

Outside of class, students today must navigate the "hookup culture," the "campus rape culture" hysteria, and the 2011 "Dear Colleague" letter from then-President Obama's Department of Education, resulting in widespread denial of due process for (usually male) students accused of sexual assault (resulting in dozens of successful lawsuits against colleges and universities).

Parents, educators and government officials alike are concerned about alcohol and substance abuse on campus. (According to one online addiction resource, those attending college full-time are twice as likely to abuse drugs and alcohol as those not enrolled in college.) Throw in some hazing in the campus Greek systems, and it's a truly toxic mix.

The clincher? Skyrocketing tuition, which has increased more than 1,100 percent since 1978, double that of medical expenses. (The average cost of one year at a private college or university is now nearly $50,000. Columbia University is now over $70,000 a year.) Most students finance their educations with debt. Many don't repay; 1.1 million Americans defaulted on their student loans in 2016.

Is it any wonder that people are exploring alternatives like two-year colleges (either as stand-alone degrees or less expensive gateways to finishing at four year-institutions), certificate programs, vocational schools and — yes — online programs.

Higher education is in a bubble, and bubbles burst. Will it be as bad as the housing meltdown and financial collapse 2008-09? That's hard to say. Mega-banks banks aren't bundling and selling worthless college degrees; those losses are left to fall on individual families and graduates — many of whom are saddled with debt that will impede their ability to build wealth for decades — and perhaps for their entire lives.

The business model of higher education needs to change, for the sake of our future graduates as well as our own survival. As history has shown, either you anticipate the disruption or you are made obsolete by it.