Ever wish to be as rich as Rockefeller? You might not want to trade your 21st century life 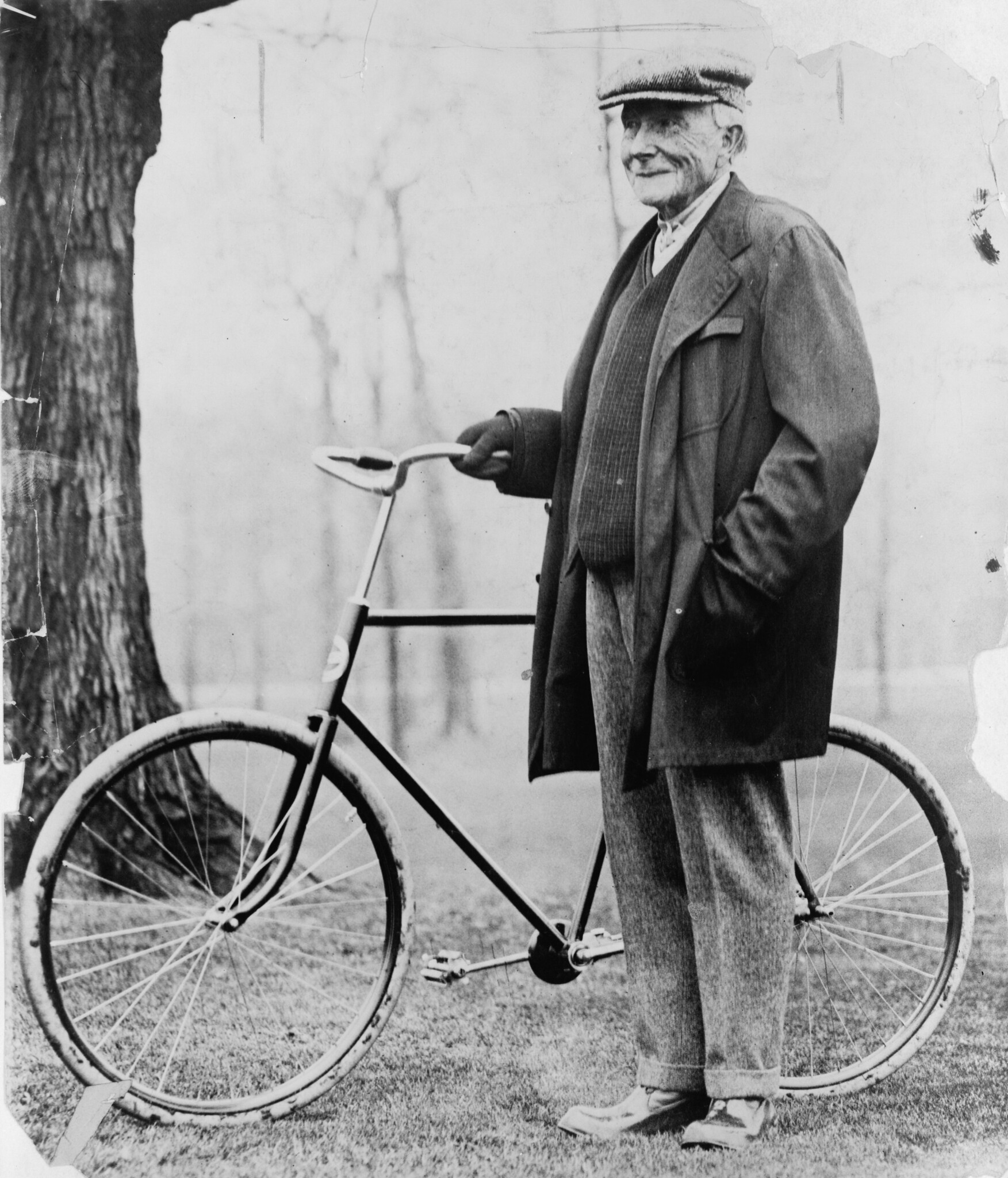 John D. Rockefeller, who supplied oil for the automobile society, with his bike in 1913.

The world can seem like a pretty depressing place, especially if you follow the news, which tends to focus on the scary and depressing. But in fact, despite the legitimate risks and downsides — war, invasion, depression, asteroids, hackers, disease! — in most ways, things are better than they have ever been, and they’re getting better all the time.

That’s the point of the HumanProgress.org website, which collects a lot of the good news that the regular news services tend to ignore. And it’s a point that’s worth keeping in mind. So here are some highlights.

Consider the spread of cellphones in Africa opening up communications: “Almost all African countries had state-owned and state-run telecommunications monopolies until recently. Some, including Kenya and Zambia, still retain a monopoly on the provision of landline services. No wonder, therefore, that the number of fixed telephone lines in Africa peaked in 2009 at 4 lines per 100 people. In Tanzania, there is just one landline per 100 people.

The vast majority of Africans, in other words, never had reliable means of calling a doctor or a loved one. The rise of the cell phone changed all that. In 2014, 84% of Africans had a cell phone. In addition to massively improved communications, cell phones enabled Africans to side-step another problem plaguing people in poor countries — limited banking opportunities (especially in the far-flung rural areas). Users of cell phone services, like Kenya's M-Pesa, can deposit, withdraw and transfer money, and pay for goods and services, without ever having to visit a bank or access a bank account on a computer.”

What government monopolies couldn’t do, private enterprise did, and in short order. Plus: “The private sector has also been instrumental to mitigating the negative effects of African governments' failure to provide their people with adequate education and drinking water.” But when it does, it’s somehow seen as less admirable than government efforts, because it’s motivated by “greed.”

Worried about war? Well, you should be, but in fact it’s less of a problem than it used to be: “True enough, there are many troubles in the world and far too many lives are lost due to senseless violence. But, let's keep matters in a proper perspective. Since the end of the Cold War, wars have become rarer.

International conflicts are way down, though civil wars and armed conflicts have been on the uptick. Moreover humanity's destructive potential — while still considerable — has been declining. Consider that in 1986, the Soviet Union had over 40,000 nuclear warheads, while theUnited States' nuclear arsenal peaked in 1967 at over 31,000 warheads. Last year, both countries' nuclear arsenal contained less than 5,000 warheads each. ... Truth is that by yesteryear's standards, Americans are safer. Even ISIS — that most brutal of terrorist organizations — does not pose a serious, let alone existential, threat to the United States. The fact that we do not feel safe may well be a result of the world becoming ‘smaller’ due largely to the revolution in communication technology, rather than deterioration of America's security.“

When I was a kid, I walked home past fallout shelters stocked against nuclear armageddon. Nowadays, we worry about terrorists getting a nuke or two or hacking our power grid, but bad as that stuff is, it’s a far cry from the Strangelovian nightmare we faced a few decades ago.

And despite economic stagnation, in many ways, today’s Americans are richer thanthe original super-rich tycoon, John D. Rockefeller. Noting the absence of antibiotics, reliable birth control, air conditioning, on-demand music, television, contact lenses, dental care, jet travel, etc., economist Don Boudreaux comments: “Honestly, I wouldn’t be remotely tempted to quit the 2016 me so that I could be a one-billion-dollar-richer me in 1916. This fact means that, by 1916 standards, I am today more than a billionaire. It means, at least given my preferences, I am today materially richer than was John D. Rockefeller in 1916. And if, as I think is true, my preferences here are not unusual, then nearly every middle-class American today is richer than was America’s richest man a mere 100 years ago."

In fact, in 1924, U.S. President Calvin Coolidge’s son died from an infected blister he developed playing tennis, and the most advanced doctors and hospitals available weren’t able to help. Today, as HumanProgress notes, all kinds of exciting medical advances are here or on the way.

Things aren’t perfect today, of course, and there are still plenty of things to worry about. But it’s worth noting just how far we’ve come. It’s also worth noting that most of these advancements are the result of free enterprise and open markets, and worth remembering that politicians, for their own selfish purposes, might stop this progress at any time. Free markets are great, but they don’t offer the opportunities for graft and personal aggrandizement that un-free markets do. And to politicians, that’s a bug, not a feature.