Biden is the most radical left-wing president in US history, period 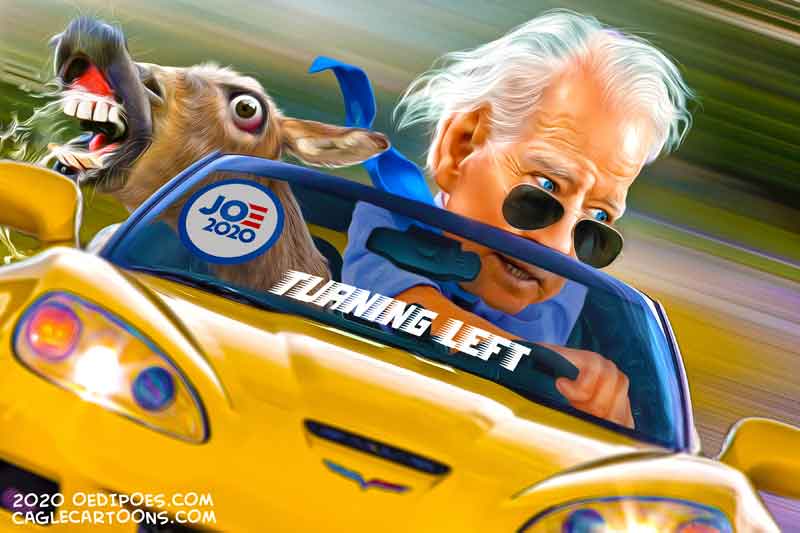 Joe Biden is off to the most left-wing start of any Democratic president in recent memory.

It isn't new for Democratic presidents to want to tax, spend and regulate, even if Biden seeks to do more of all three than his immediate predecessors. Biden layers on top of this a cultural agenda that represents a new dimension of radicalism that would be alien and baffling to bygone Democrats, who may have wanted to extend the New Deal but never sought to transcend the gender binary.

Biden is willing, too, to go it alone via rapid-fire unilateral executive actions.

If Lyndon Johnson gave us the Great Society, he came to office after the assassination of John F. Kennedy seeking to fulfill the legacy of his martyred predecessor, which included passing a tax bill that reduced income-tax rates across the board and slashed corporate taxes.

Once he was elected in his own right in 1964, Johnson embarked on a spate of federal activism that no subsequent Democrat has been able to match, although Johnson largely enacted his priorities the old-fashioned way, by passing bills through Congress. And he operated in a much more culturally conservative country and party.

Jimmy Carter doesn't really rate. He ran in 1976 as a genuine Southern moderate, and his early administration was marked by ineffectual overreach.

Bill Clinton and Obama were both ambitious but also cared about the budget deficit and allowed it to restrain their agenda in a way that the Biden Democrats now totally reject.

If Clinton pushed the envelope on health care, ultimately getting nowhere, the signature economic initiative of his early administration was a tax increase to reduce the deficit. Obama passed a blow-out spending stimulus bill in his first months, although the imperative not to allow it to exceed $1 trillion seems quaint in retrospect.

Biden is out of the box with a proposed $1.9 trillion relief bill that includes a $15-an-hour minimum wage, not too long ago the pipe dream of his party's socialist wing, and a massive bailout of states and localities. Biden campaigned on a $4 trillion tax increase that one sympathetic observer has said would be "one of the largest wealth transfers in American history." Meanwhile, he is filling positions beneath the Cabinet level with progressives with a mandate to increase regulation across the board.

The economic agenda is augmented by new progressive causes that were just beginning to get a foothold back in the Clinton and Obama years. Biden's obsession with fighting climate change speaks of an overwhelming hostility to fossil fuels as such that is something new.

He has proposed a sweeping enforcement-never amnesty for more than 10 million illegal immigrants that makes the previous failed "comprehensive immigration bills" look modest by comparison. And his culture-war executive orders extend not just to abortion, where other Democratic presidents have signed executive orders quickly, as well, but to transgender causes.

There will also be a continual focus on what Biden's chief-of-staff calls "a racial-equity crisis," which will be a warrant for a new, more aggressive identity politics.

The lesson is that the most important thing that any movement can do is influence the direction of a major political party. If the center of gravity of a party moves, the entire establishment moves with it. So it is that Biden, who has never been woke or surrounded himself with radicals, is attempting to deliver victories to the left-wing of his party almost unimaginable eight or 12 years ago — and do it quickly.

We can't really say we weren't warned, even if Biden did everything he could to obscure the message with his mood music of moderation and unity.