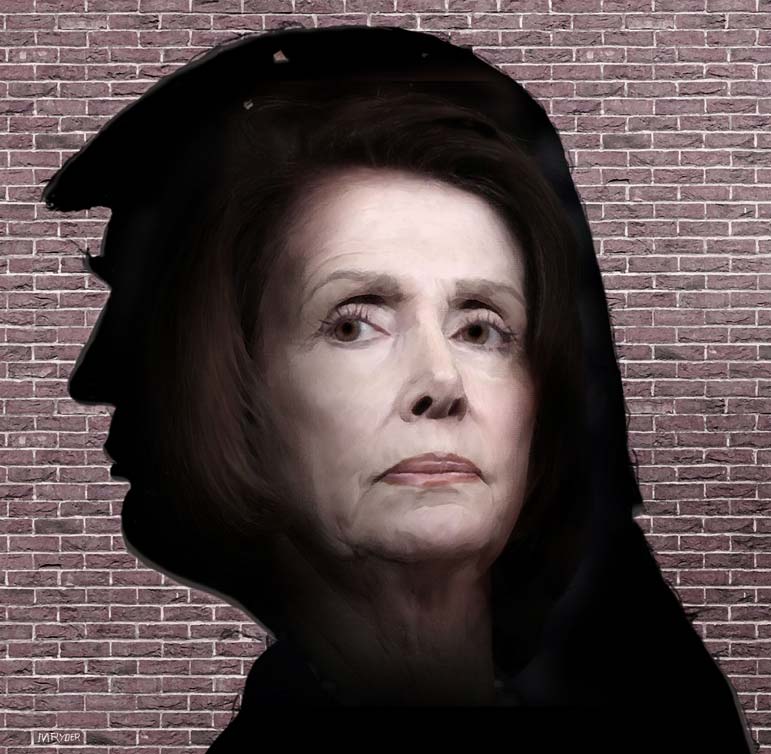 Of all the Democrat arguments against a southern border wall, the shadiest is that it would not work.

In fact, walls work. Love them or hate them, their effectiveness is indisputable.

• “Part of our area is covered with some fencing on our east side. That accounts for about 6 percent of our traffic,” Border Patrol chief Raul Ortiz told journalists during Trump’s January 10 visit to Rio Grande Valley, Texas. “Where we have no fencing, over 90 percent of our traffic occurs in those areas.” A day earlier, Ortiz added, 450 people were apprehended in the unfenced sector, including 133 from such non-Latin nations as India, Pakistan, and Romania.

“Crime has significantly decreased in the Yuma area,” then-acting Homeland Security Secretary Elaine Duke wrote in USA Today in August 2017, “and smugglers now look for other less difficult areas of the border to cross — often areas without fencing.”

• Just as British Gibraltar dangles from Spain’s underside, Spanish Ceuta and Melilla surf atop Morocco. Multiple fences and barriers there sliced 2014’s 2,100 arrests at the Spanish-territorial/Moroccan frontier to 2015’s 100 — down 95.2 percent.

The strongest proof that walls work is that Democrats once loved them.

Former and current senators Joe Biden, Tom Carper, Hillary Clinton, Dianne Feinstein, Barack Obama, Chuck Schumer, Debbie Stabenow, and Ron Wyden were among the 26 Democrats who voted for the Secure Fence Act of 2006. It authorized 700 miles of double-fence. All 54 Senate Democrats voted unanimously in June 2013 for $46 billion in border security, including 350 miles of new steel fence.

“Between 2005 and 2015, polls show that nearly half of Democrats continued to support building a border barrier of some kind,” Cato Institute scholar Emily Ekins wrote in The Federalist. “However, things changed in 2015 when Donald Trump announced his bid for the presidency,” she continued. “Democratic support shifted more swiftly starting in the fall of 2015 onward. Now only about 12 percent of Democrats support a border wall or fence.”

Indeed, Ekins elaborated, “Reuter/Ipsos found that simply telling Democrats Trump supports a policy turns them against it — even universal health care.” Saying to Democrats that Trump favors government medicine drives their enthusiasm for it from 68 percent to 47. If Trump likes it, Democrats loathe it.

Walls work, and Democrats know it. But they want this president to fail. So, Democrats battle effective border protection so they can “resist Trump” — national security be damned. The Democratic Party truly is America’s arsenal of hypocrisy.