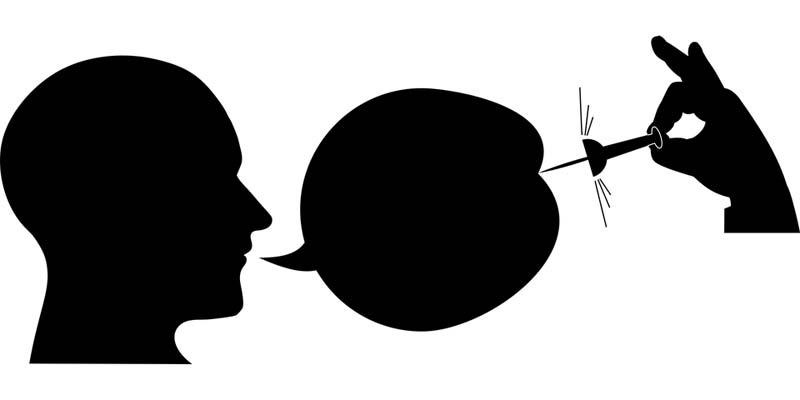 The reinvention of vocabulary can often be more effective than any social protest movement. Malarial swamps can become healthy "wetlands." Fetid "dumps" are often rebranded as green "landfills."

Global warming was once a worry about too much heat. It implied that man-made carbon emissions had so warmed the planet that life as we knew it would soon be imperiled without radical changes in consumer lifestyles.

Yet in the last 30 years, record cold spells, inordinate snow levels and devastating rains have been common. How to square that circle?

Substitute "climate change" for global warming. Presto! Any radical change in weather could be perceived as symptomatic of too much climate-changing carbon dioxide in the atmosphere.

Affirmative action originated as a means of making up for past prejudices against the community, which comprised about 12 percent of the population.

By the late 1960s, slavery, Jim Crow and institutionalized segregation were finally considered unique stains on the American past, to be redeemed in the present by set-aside programs in college admissions and hiring predicated on racial considerations.

The problem with affirmative action is that the very name implied redress for historical wrongs that could be "affirmed" by compensatory action for a particular minority of the population. But lots of other groups wished to be included in an ever-expanding catalog of the oppressed.


Mexican-Americans were soon added on the basis on past biases. Yet weren't Asian-Americans discriminated against in the past as well, especially during the construction of the railroads in the 19th century and during the Japanese-American internments of World War II?

Then, a host of other nonwhite groups -- especially newly arriving immigrants with no prior experience of supposed American racism -- sought inclusion in set-aside categories. By the 1980s, a new and vaguer term, "diversity," had increasingly replaced "affirmative action."

Diversity meant that it was no longer incumbent upon job or college applicants to claim historical grievances or prove that they were still victims of ongoing and demonstrable discrimination from the white-majority population. Diversity also meant that members of any group that declared itself nonwhite -- from Arab-Americans to Chilean-Americans -- were eligible for advantages in hiring and college admissions.

Unlike affirmative action, diversity meant that approximately 30 percent of the country -- in theory, more than 100 million Americans -- were suffering as aggrieved minorities, regardless of income or class.

"Illegal alien" -- a term still used by official government agencies -- described any foreign national residing in the without government sanction. But when the numbers of those who fit the old classification grew, and the number of people invested in relaxed immigration policies expanded across the political spectrum, the term gradually metamorphosed.

If "alien," a Latinate word deriving from the idea of "other" or "different," sounds too outer space-like, why not substitute "immigrant"? Yet "illegal immigrant" still sounded as if breaking federal immigration laws was somehow a serious legal matter. So the vague "undocumented immigrant" superseded the old term.

As the numbers of those crossing the southern border grew and the power of those invested in expanded immigration -- employers, identity-politics activists, Democratic operatives, the Mexican government -- peaked, even more euphemisms emerged to downplay illegality.


Often, "undocumented" was dropped, leaving just "immigrants" -- conflating applicants who waited years for legal entry with those who swarmed the border illegally.

Increasingly we now hear just "migrants" -- a vague term that further divorces illegal immigration from reality by conflating the acts of leaving and entering the country.

used to self-identify as "liberals." The Latin etymology means "free," as in the context of "free" thinkers not burdened by oppressive traditions, ideological straitjackets and unworkable norms.

But the problem with "liberal" is that even conservatives occasionally used the term, as in "classical liberals" who judged issues by facts and reason rather than rigid orthodoxy.

"Progressive' infers an activist, not a neutral, ideology -- one that is always moving the country in the supposedly correct direction.

After all, who favors "regression" in any field over "progression," an inherently positive noun implying beneficial advancement?

A liberal Democrat was once someone seen as a free thinker. But "progressive" implies that one is more action-orientated and has an evolutionary agenda, not just a methodology.

Beware of euphemisms. Radical changes in vocabulary are usually admissions that reality is unwelcome or indefensible.