Now the Dems want to end America's nuclear first strike option. How clueless is that? 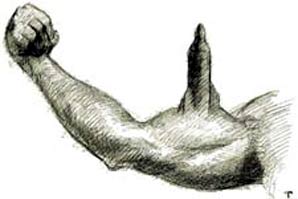 Democrats in the U.S. House and Senate introduced legislation last week to prevent the U.S. from using nuclear weapons unless first attacked by nuclear weapons from another country. Ideally, the bill will induce a long-needed reconsideration of U.S. nuclear weapons policy — and lead to the conclusion that "The No First Use Actâ€ť would hobble U.S. national interests and make the world a more dangerous place.

First, let us assume that the bill, one of whose sponsors is senator and presidential candidate Elizabeth Warren, actually would have binding force in some of the emergency cases where this might be an issue to begin with. Otherwise, it is an empty declaration.

What might be some possible occasions on which the U.S. would entertain a nuclear first strike? Say a president received intelligence reports that the North Koreans were planning either a nuclear attack themselves, or to sell some of their weapons to hostile terrorist groups. Assume also that a direct ground invasion was infeasible (likely) and that bunker-buster bombs would not suffice to take out the regime (also likely). In that situation, the U.S. might well entertain the notion of a limited nuclear strike on North Korea, if only to forestall an even greater catastrophe.

This is not to say that such a strike is actually a good idea, as in the abstract it is impossible to know (intelligence can be wrong, for one thing), and if the U.S. actually carried out the strike, the alternative scenario would never materialize. Still, the possibility of such a strike — even if it is irrational or too destructive — might deter the North Koreans from going down this path to begin with.

Or, if you prefer, take a hypothetical from history. Say Nazi Germany still was fighting World War II when the Manhattan Project succeeded in building a few nuclear bombs. If the Germans were on the verge of getting their own nuclear weapon, would you have wanted America to have the freedom to take out the Nazi bomb?

It is hard to see why the U.S. should voluntarily surrender this capability. And if the fear is a truly rogue American president, that seems to be exactly the case where the law would be ignored and a unilateral attack would proceed anyway.

Maybe you think the bill will limit the risk of a miscalculation. But the most likely scenario for miscalculation is one in which the U.S. has concluded (mistakenly) that another nation has already launched nuclear weapons. The bill would not prevent this scenario.

Countries have different uses for their nuclear weapons. In the case of the hypothetical involving North Korea, for example, few would expect India to have either the desire or the capacity to solve the North Korea problem. A "no first strikeâ€ť nuclear policy thus might make sense for India, and indeed the country has adopted a version of such a policy. But as the world's dominant military power, the U.S. is in a fundamentally different position.

Furthermore, how exactly would it be determined that another nation had launched nuclear weapons first? There are plenty of unambiguous cases (e.g., Hiroshima), but also numerous intermediate scenarios requiring judgment. What if a missile is launched and then crashes, without delivering its payload? What if U.S. forces knock out a missile site while a nuclear launch is underway? What if the near future brings very small tactical nuclear weapons, with more discrete impacts than current tactical nukes? What if some other weapon of mass destruction, for example a bioweapon that is far more lethal and dangerous than a nuke, were deployed?

In those cases, does a commander in chief first have to obtain permission from Congress before ordering a nuclear strike? The bill itself is short on details, but a recent and comparable bill stated the logical alternative that a first-use nuclear strike would be prohibited "unless such strike is conducted pursuant to a declaration of war by Congress that expressly authorizes such strike.â€ť What if a devastating cyberattack rendered such a vote impossible? What if a hypersonic nuclear weapon were launched against Washington, giving the president only minutes to make a decision?

This debate is not entirely new. President Barack Obama considered a no-first-use declaration, but it was strenuously opposed by top cabinet officials and U.S. allies in both Asia and Europe. Obama wisely dropped the idea. Nothing in the basic calculus of the situation has changed since then.

The use of nuclear weapons remains the most important issue we face as a civilization. It is thus especially important that U.S. policy both engage with allies and reflect the lessons of game theory and nuclear weapons. Analytically speaking, the No First Use Act is weak. For the U.S., first-strike capability remains a valuable option.