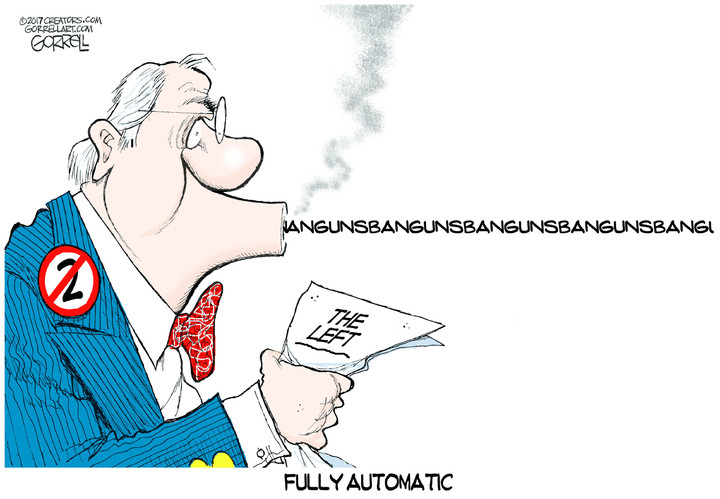 • Detroit's Devonne Marsh is charged with setting his girlfriend on fire. She was six months pregnant, with twins. Despite this atrocity and his criminal record, Marsh was released on $5,000 bond.

• "Homeless" people, among others, shoved five New Yorkers onto subway tracks this month — one fatally. Thirty people were muscled onto NYC's underground rails in 2021 versus 26 in 2020 â€“ up 15.4 percent.

• Five NYPD officers have been shot this month, including Jason Rivera, 22, and Wilbert Mora, 27. Five-time arrestee Lashawn McNeil killed them during a Harlem domestic squabble.

This unbridled bedlam comes courtesy of the Democrat Left. Their peaceful, easy feeling toward criminals no longer is cute. It now induces death.

In a closely related problem, violent criminals often are "homeless." Focusing on their housing is like giving skin cream to those with congestive heart failure. The "homeless" do not need "affordable housing." They require mental hospitals, brave psychiatrists, and healing pharmaceuticals.

Beyond addressing "homelessness" rather than lawlessness, the Left's autonomic response is to control guns, not illegal shooters. Remove the latter, and guns suddenly become inert.

After Brianna Kupfer's murder, why didn't Leftists demand knife control? Given Gotham's wave of subway shovings, why not hand control?

The time is now to arm the American people: Law-abiding citizens deserve maximum freedom to acquire guns, defend themselves against criminals and, when appropriate, erase them.

Too bad it has come to this. But here we are.

The Democrat Left's robust campaign to defund, demoralize, and demonize the police has worked beautifully. On a good day, decent, industrious, dedicated police officers patrol the streets with their tails between their legs. Others stay in their squad cars and observe crime.

With the entire criminal-justice system in collapse, the last resort is to let Americans pack heat. The mere presence of armed citizens will deter some criminals. The hardier weeds can be yanked out, once and for all, with sober aim and the swift infusion of lead.

Police say a violent lunatic named Martial Simon, 61, fatally shoved Michelle Go, 40, onto Times Square's subway tracks on January 15. If Go were armed, she could have liquidated the "homeless" ex-con who allegedly murdered her and later declared: "I'm God." Simon never would have bothered anyone again.

Consider Darrell Brooks, the whacko who drove his SUV over 68 people in Waukesha, Wisconsin on November 28, killing six. If an earlier victim on Brooks' 50-page rap sheet had neutralized him years ago, 62 people would be unwounded and six more undead. And bloodthirsty Brooks would be in a box beneath six feet of dirt.

This policy can be implemented with sensible precautions: Gun-permit applicants should be law-abiding, sane, and trained in firearms safety.

But within these common-sense parameters, the next step cannot happen too soon: