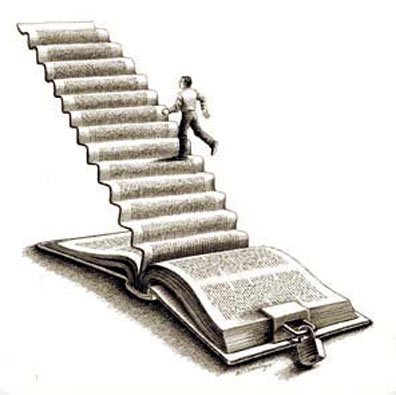 This is National School Choice Week, and if there's been one benefit to the pandemic lockdowns of public schools across the country it's this:

American parents have realized they have a choice.

Because working from home, many have had to go to school, too, listening along to the laptop learning on the kitchen table.

They might not be "woke," but they've certainly been awakened. And many don't like what they see.

Some have overheard political indoctrination of their children as a trend of "woke" public education spreads across the nation, from both coasts, and even in the heartland, like Illinois.

Others may not be so politically aware. And some may want their children indoctrinated, to enjoy the full Orwellian experience. But they might also like them to understand "Animal Farm" before living it. And to write and do math, rather than simply recite, "Four legs good, two legs better!"

Many parents aren't thrilled with the remote education their children receive.

And those with means — Democrats and Republicans — are already making school choice decisions. They're leaving the locked-down public systems for private schools or leaving for other states so their children may see the inside of a classroom and speak directly to a teacher, socialize with other kids, learn and play sports the way kids once did.

Democratic Party politicians, including mayors and governors, send their own children to private schools that are open, while the teachers unions to whom they answer keep the public schools closed.

So who is left behind?

Black and brown children, and low-income white children stuck in substandard urban public school systems that serve the power interests of the unions and Democratic politicians, but not the kids.

In big cities, these are mostly the children of the poor, and of many front-line workers who go to their jobs as store cashiers, as hourly health care workers, while teachers union members get paid for staying away from school.

There are efforts to give families educational options. In Illinois, for example, there are opportunity scholarships for private schools. While the program is successful, it is at risk in the hostile political environment of the state legislature.

What is required is more.

What is required is real school choice: to allow parents to use their tax dollars for the school they choose, public or private. It is the only way to break the corrupt education monopoly.

Because real school choice is the civil rights issue of our time.

The Democratic Party and the teachers unions that get out the Democratic vote aren't all that enthused about school choice.

In fact, they're all about limiting educational choice for families, as they make war on charter schools.

School choice threatens their monopoly on power. And it also slams uncomfortably into their new favorite word, "equity."

Democrats once talked about "equal opportunity" and quoted the late Rev. Martin Luther King Jr. But now they've hitched their wagons to "equity," which has nothing to do with opportunity but is all about using government to dictate outcomes based on race and gender.

Yet Democrats and progressives see "equity" as the only real answer to redress the nation's past sins.

And they're in the business of deciding who will pay for the sins of the fathers, even if that father was born in some land far away, across the ocean.

The Democratic Party's "equity" argument runs into trouble when confronted with school choice. They don't engage. They avoid.

I called Nathan Hoffman, a policy researcher at the nonprofit education group Empower Illinois, which supports the opportunity scholarships program.

"We cannot have an â€˜equity' conversation without talking about the most inequitable thing we do with respect to education, which is to force students into schools based solely on the ZIP code they reside in, whether the only way out is to either buy a home in a better neighborhood or buy a seat in a private school," said Hoffman.

"Those who would say the way we achieve â€˜equity' is by doubling down on the same schools that have failed to teach generations of students to read, write and do math — while they themselves send their children to different (and better) schools are not interested in true â€˜equity.' Rather, it's an interest in convenient â€˜equity,'" Hoffman said.

If President Joe Biden were truly serious about treating Americans fairly, "no matter their ZIP code, race or religion â€¦" there is one thing he could do:

He'd use that soft Biden voice that he uses now to sound reasonable when announcing unreasonable presidential executive orders, and call on all the states, red and blue, to enact full school choice, reasonably.

The president might even use the COVID-19 lockdowns of public schools across the country as pretext.

The Centers for Disease Control and Prevention argues in a recent report that kids belong in school, and that public schools could open safely, with reasonable precautions, without fear of transmission.

But as you know, many schools remain closed.

And parents with money, liberals and conservatives, have made their choice to put their kids into schools with open classrooms.

And who's left behind?

The kids who are poor, Black and brown, and low-income white kids who can't afford to move or pay private school tuition.

Yet if Democratic politicians stand up for them, their union boss allies in education would become angry. And that just wouldn't do.

And "equity" becomes just a word mouthed by politicians, as they tell all Americans that they care about the kids.