Thoughts on the 1776 Commission and its report 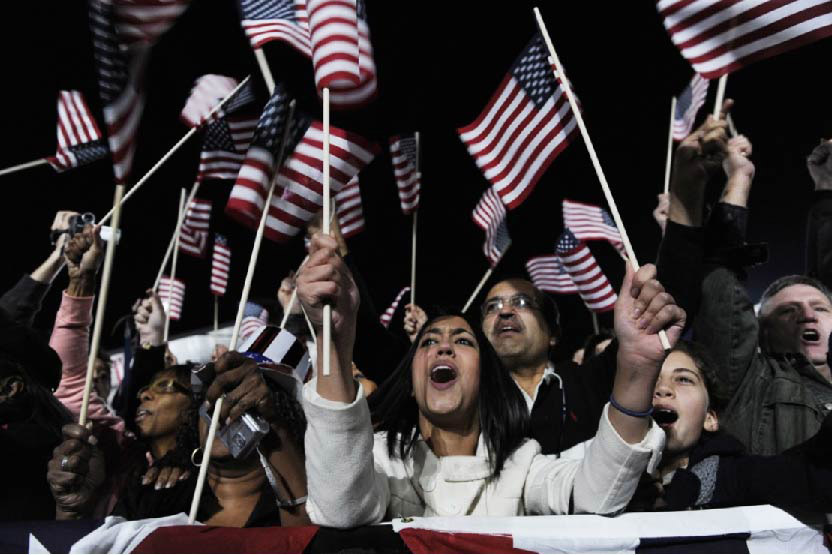 The newly formed President's Advisory 1776 Commission just released its report. The group was chaired by Churchill historian and Hillsdale College President Dr. Larry P. Arnn. The vice chair was Dr. Carol M. Swain, a retired professor of political science. (Full disclosure: I was a member of the commission.)

The unanimously approved conclusions focused on the Declaration of Independence, the Constitution, the historical challenges to these founding documents and the need for civic renewal. The 16-member commission was diverse in the widest sense of the familiar adjective. It included historians, lawyers, academics, scholars, authors, former elected officials and past public servants.

Whether because the report was issued by a Donald Trump-appointed commission, or because the conclusions questioned the controversial and flawed New York Times-sponsored 1619 Project, there was almost immediate criticism from the left.

Yet at any other age than the divisive present, the report would not have been seen as controversial.

First, the commission offered a brief survey of the origins of the Declaration of Independence, published in 1776, and the Constitution, signed in 1787. It emphasized how unusual for the age were the founders' commitments to political freedom, personal liberty and the natural equality endowed by our creator — all the true beginning of the American experiment.

The commission reminded us that the founders were equally worried about autocracy and chaos. So they drafted checks and balances to protect citizens from both authoritarianism, known so well from the British Crown, and the frenzy of sometimes wild public excess.

The report repeatedly focuses on both the ideals of the American founding and the centuries-long quest to live up to them. It notes the fragility of such a novel experiment in constitutional republicanism, democratic elections and self-government — especially during late-18th-century era of war and factionalism.

The report does not whitewash the continuance of many injustices after 1776 and 1787 — in particular chattel slavery concentrated in the South, and voting reserved only for free males.

Indeed, the commission explains why and how these wrongs were inconsistent with the letter and spirit of our founding documents. So it was natural that these disconnects would be addressed, even fought over, and continually resolved — often over the opposition of powerful interests who sought to reinvent the Declaration and Constitution into something that they were not.

Two of the most widely referenced Americans in the report are Frederick Douglas and Martin Luther King Jr. Both argued, a century apart, for the moral singularity of the U.S. Constitution. Neither wished to replace the founders' visions; both instead demanded that they be fully realized and enforced.

The report details prior ideological and political challenges to the Constitution as we approach America's 250th birthday. Some were abjectly evil, such as the near-century-long insistence that the enslavement of African Americans was legal — an amorality that eventually led to more than 600,000 Americans being killed during a Civil War to banish it.

Some ideologies, such as fascism and communism, were easily identifiable as inimical to our principles. Both occasionally won adherents in times of economic depression and social strife before they were defeated and discredited abroad.

Perhaps more controversially, the commission identified other challenges, such as continued racism, progressivism and contemporary identity politics. The report argued how and why all those who insisted that race might become a basis from which to discriminate against entire groups of people were at odds with the logic of the Declaration.

Historically, progressivism assumed that human nature is malleable. With enough money and power, Americans supposedly can be improved to accept more paternalistic government, usually to be run by technocrats. Often they sought to curb the liberties of the individual, under the guise of modernist progress and greater efficiency.

The commission was no more sympathetic to the current popularity of identity politics or reparatory racial discrimination. It argued that the efforts to insist that race, ethnicity, sexual preference and gender define who we are, rather than remain incidental in comparison to our natural and shared humanity, will lead to a dangerous fragmentation of American society.


Finally, the commission offered the unifying remedy of renewed civic education. Specifically, it advocates far more teaching in our schools of the Declaration and the Constitution, and other documents surrounding their creation.

It most certainly did not suggest that civic education and American history ignore or contextualize past national shortcomings. Again, the report argued that our lapses should be envisioned as obstacles to fulfilling the aspirations of our founding.

The commission may be short-lived with the change of administrations, given that it was born in the chaos of the divisive present. President Joe Biden reportedly planned to terminate the commission through an executive order.

But any fair critic can see that the report's unifying message is that we are a people blessed with a singular government and history, that self-critique and moral improvement are innate to the American founding and spirit, and that America never had to be perfect to be both good and far better than the alternatives.