Time to end states' bias against funding of religious schools 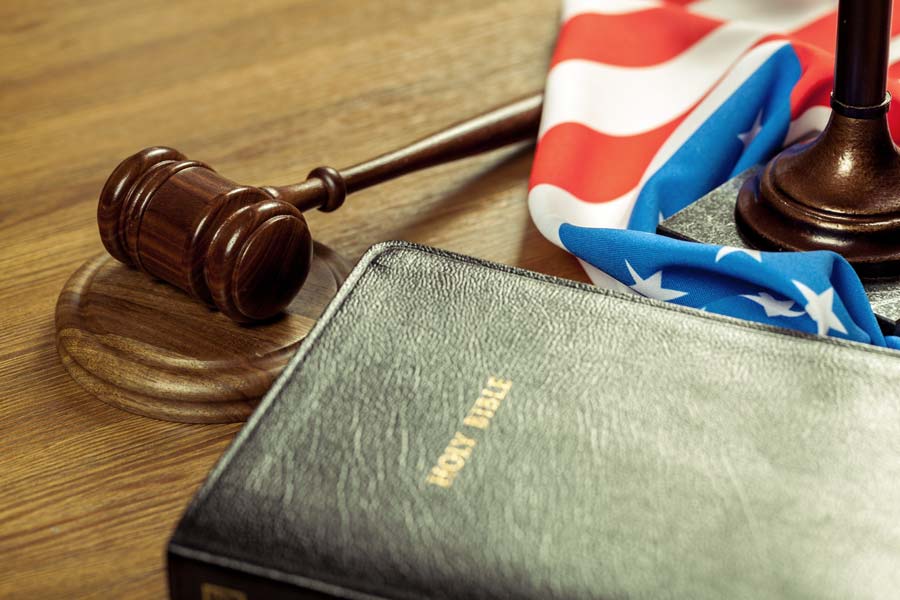 The majority of American Jews who identify as politically liberal and are largely secular may not think they have much in common with the parents who send their children to the Stillwater Christian School in remote Kalispell, Mont. Stillwater Christian is an avowedly evangelical establishment located in a town in the remote northwestern part of the state nestled among national forests and parks.

But like many families throughout the country that look to private and parochial schools to provide an alternative to public schools that are either failing or don't provide a curriculum that supports their values, many of the parents at Stillwater Christian struggle to pay the tuitions that nonpublic institutions are forced to charge. That's why people like Karen Espinoza, a single mother of two daughters who holds two low-income jobs to make ends meet, cheered when the Montana State Legislature passed a 2015 law that gave tax credits to donors who funded private schools. The legislation, similar to other education tax-credit schemes in 17 other states, enabled scholarship programs that kept Espinoza's children in the school she feels is best for them.

In 2018, the Montana Supreme Court struck down the scholarship program as violating the state constitution. Like many other states, Montana has a so-called "Blaine Amendment" to its constitution that forbids any public funds from going to religious schools. Espinoza's challenge to that ruling (Espinoza v. Montana) was argued this week before the U.S. Supreme Court.


Sadly, not only are most of the groups that purport to represent the interests of the Jewish community not weighing in on behalf of Espinoza and others who are challenging "Blaine" laws around the country, some are supporting Montana's efforts or staying silent.

At stake here are some misguided traditions that need to be discarded.

As a small religious minority, Jews rightly feared the influence of religion in the public square. As a result, most Jewish groups are fierce supporters of the highest possible wall of separation between religion and state.

It might have been reasonable in the past to think that any state support for religious institutions was a threat to the Jewish community. But that is no longer the case. To the contrary, those who recognize that Jewish religious schools are essential to the future of the community understand that scholarship plans such as the one struck down in Montana (but which has been a godsend to families in states like Pennsylvania, where it continues to help families that send their kids to private and religious schools) should be defended.

The notion that states should discriminate against religious schools and deny them services that are provided to other students or even the most indirect benefits, such as those provided by tax-credit tuition legislation, does nothing to defend religious minorities. Nor does it forestall a hypothetical threat of oppression by those who would entangle faith with government institutions.

That's especially true when you realize the reason why "Blaine" laws were passed in the 19th century. They were named after James G. Blaine, a Republican politician and their chief advocate, who lost the 1884 presidential election. These amendments were part of a surge in anti-Catholic prejudice in that era led by Protestant bigots like Blaine, who hated both Catholicism, and the Irish and Italian immigrants who practiced it.

Up until that era, religious classes were a standard part of American public education. Blaine and his followers, however, wanted to stamp out Catholic schools, and therefore put in place measures that denied them funds that were routinely given to institutions that promulgated the practices associated with the Protestant faith.

In the 21st century, such enmities are largely forgotten. And thanks to other Supreme Court rulings, efforts to force Jewish children to recite Christian prayers in school are likewise a distant memory.

But the fears of the past are still motivating many Jews to adopt a mindset that sees private religious schools — whether they are Jewish, Catholic or evangelical — as a threat to public education or church-state separation. Extreme separationism, such as the effort to oppose even the indirect aid that tuition tax credits give to faith-based schools, ignores the plight of poor or minority students. They are often trapped in failing public schools since their parents don't have the money to send them to private and religious schools that can give them a better chance to succeed. Unfortunately, the political influence of teachers' unions — and their wish to preserve public education as a government monopoly — have worked against education reform for decades.

It also fails to take into account the interests of society in supporting educational institutions that help religious minorities thrive, such as Jewish day schools.


Yet outside Agudath Israel, which represents the interests of fervently-Orthodox Jews, Jewish groups aren't rallying to the support of Espinoza, or efforts to preserve and expand similar laws in other states where they have helped both Jewish and non-Jewish families afford private education costs.

While other national Jewish groups are either silent or supporting efforts to undermine school choice, the Montana Association of Rabbis is also opposing efforts to help private schools in their state. The reason is that their community is too small to support a day school, so they consider a measure that might help adherents of other faiths a form of discrimination against them. While it is unfortunate that Jews can't support their own schools in that state, that's not a good reason to take scholarships away from Karen Espinosa's kids.

The Jewish community needs to transcend its fears of any conjoining of faith and government, and get behind school choice programs that help families and promote quality education. The time is long past for the courts to treat "Blaine amendments" as relics of a past that America has long since transcended. Prejudice against private and religious education hurts children while doing nothing to preserve anyone's constitutional rights.