The Israel-US model has been a resounding success 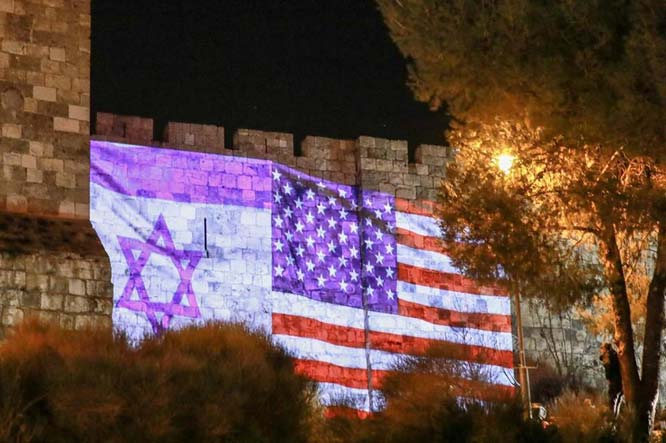 Whether by accident or by deliberate osmosis, and the have adopted similar solutions to their existential problems.

Before 2002, during the various Palestinian intifadas, suffered hundreds of deaths and thousands of injuries from suicide bombers freely crossing from the and into .

In response, planned a vast border barrier. The international community was outraged. The Israeli left called the idea nothing short of "apartheid."

However, after the completion of the 440-mile border barrier -- part concrete well, part wire fencing -- suicide bombings and terrorist incursions into declined to almost nil.

The wall was not entirely responsible for enhanced Israeli security. But it freed up border manpower to patrol more vigorously. The barrier also was integrated with electronic surveillance and tougher laws against illegal immigration.

The wall also brought strategic and political clarity. Those who damned but freely crossed its borders sounded incoherent when they became furious that the barrier prevented access to the hated Zionist entity.

The strategy seems similar: The wall will free up manpower for better border policing. It likewise provides a certain political clarity. is often criticized by and other Latin American countries. It is now being taken to task for the effort to make it more difficult to illegally enter such a supposedly unwelcome and hostile landscape.

For years, great weakness was its dependence on imported energy, while its neighboring enemies grew rich exporting oil and natural gas. Yet in the last decade, has ramped up production to take advantage of its vast natural gas reserves -- to the point that it is not just self-sufficient in fossil fuels but soon will become a major exporter.

Now, cannot be threatened economically by either or various Persian Gulf monarchies. Its economy is stronger than ever. Europeans suddenly are more accommodating, given that may well become a natural gas exporter to a fuel-hungry .

Like , but unlike , the was eager to frack and horizontally drill to tap vast new fossil fuel reserves. The change in strategic energy independence is similarly astounding.

America is now the largest producer of natural gas and oil in the world. Its output has increased world supply, dropped prices and hurt America's oil-exporting enemies.

The relative power of and Middle Eastern nations, such as , over decision-making has radically diminished -- along with the need to station huge numbers of American troops in the volatile .

As in , opponents either argued that more drilling would ruin the environment or that it would not work. They seem to be wrong on both counts.

foreign policy could be called Jacksonian. allies with friends, neutrals and former enemies whenever they share particular strategic goals.

In the topsy-turvy , is now sometimes a strategic partner with formerly hostile regimes in , , and other Gulf monarchies. They all share greater fears of theocratic and its terrorist appendages in , and .

Apparently, much of the Arab world is no longer as interested in the Palestinian desire to destroy . Many Palestinian groups are allied with a despised , while many Arabs believe that strength can sometimes be strategically useful.

Current American realism is similar. The is neither isolationist nor an interventionist nation-builder. Its foreign-policy goals are to enhance its military, expand its already powerful economy, limit its strategic exposure, and bank its resulting hard and soft power to use only as a deterrent force against those who kill Americans or endanger interests.


Instead of cajoling allies to join us in expeditionary wars abroad, the increasingly appears reluctant to intervene, especially in the . As a result, former critics are now becoming suppliants requesting assistance.

As with , the is less eager to apply political litmus tests to its occasional allies. It also seeks to avoid quagmires where its overwhelming conventional firepower can be neutralized by terrorists and urban guerrillas.

The promoters of these unconventional policies, Israeli Prime Minister and President , are both despised by their respective establishments and under constant threat of removal by their livid political opponents.

Yet they both have transformed their respective countries. Their policies remind us that it is sometimes preferable to be respected rather than just be liked -- and that when a nation is strong and does not beg for help, it often finds more than it needs.