Europe's precarious position is of its own making. It's not too late to reverse 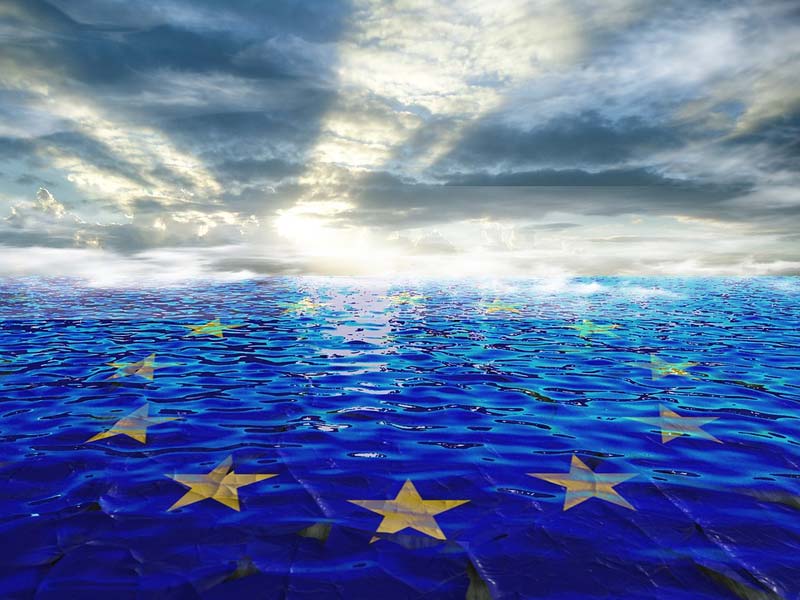 Despite its cool Green parties and ambitious wind and solar agendas, remains by far the world's largest importer of oil and natural gas.

Oil output in the and off the coast of is declining, and the is quietly looking for fossil fuel energy anywhere it can find it.

itself is naturally rich in fossil fuels. It likely has more reserves of shale gas than , currently the world's largest producer of both oil and natural gas. Yet in most European countries, horizontal drilling and fracking to extract gas and oil are either illegal or face so many court challenges and popular protests that they are neither culturally nor economically feasible.

The result is that is almost entirely dependent on Russian, Middle Eastern and African sources of energy.

The American-Iranian standoff in the , coupled with radical drop-offs in Iranian and Venezuelan oil production, has terrified -- and for understandable reasons.

The has almost no ability to guarantee the delivery of critical oil and gas supplies from the should close the or harass ships in the Persian Gulf.

only maritime security is the fleet -- a synonym for the .

supplies an estimated 30 percent of oil needs. In times of crisis, Putin could exercise de facto control over the European economy.

In other words, refuses to develop its own gas and oil reserves, and won't fund the necessary military power to ensure that it can safely import energy from problematic or even hostile sources.

It's no wonder that traditional foreign policy reflects these crazy paradoxes.

Energy neediness explains why the EU was so eager to maintain the so-called " deal" with the theocracy in , and also why it was nervous about the anti- hysteria that arose in after the 2016 election.

Past European distancing from reflected fear of alienating Arab oil producers in the and .

Europeans are also uneasy about the Trump administration. They see the current government as nationalist and unpredictable. Americans appear not so ready as in the past to enter the world's hotspots to ensure unimpeded commercial use of sea and air lanes for the benefit of others.

The result is a sort of European schizophrenia when it comes to America and foreign policy in general. On one hand, the resents its military dependence on , while on the other it prays for its continuance. loudly promotes freedom and democracy abroad, but it is careful to keep ties with oil-exporting Middle Eastern autocracies that are antithetical to every value Europeans promote.

agrees with its allies that Russian imperial agendas could threaten European autonomy. But privately, reassures Putin's that it wants to buy all the gas and oil that has to sell. increasingly seems far friendlier with a suspicious than it is with an America that protects it.

In sum, what ensures that Europeans have enough daily gasoline and home heating fuel are not batteries, wind farms and solar panels -- much less loud green proselytizing. They count instead on a mercurial , an array of unstable Middle Eastern governments and an underappreciated military.

In a logical world, Europeans would retake control of their own destiny. That recalibration would entail beefing up their military power, and their navies in particular.

They also would begin to frack and horizontally drill. Europeans would push ahead with more nuclear power, hydroelectric projects and clean-coal technologies -- at least until new sources of clean energies become viable.

should applaud gas and oil development, which has upped world supplies, diversified suppliers and lowered global prices. Europeans should especially remember that the military keeps global commerce safe for all vulnerable importers such as themselves.

But these remedies are apparently seen in as worse than the disease of oil and gas dependency.

The result is again chaos.


lectures about greenhouse gases while it desperately seeks supplies of fossil fuels. usually sets the tone in , and it is the most hypocritical in both denouncing and buying fossil fuels from unsavory sources.

The danger for now is that the charade may soon be over.

Americans are self-sufficient in gas and oil. They have lost interest in quagmires and petro-regimes. And they don't like patrolling the world for countries that both count on and ankle-bite the military. Meanwhile, the more Europeans pander to oil-rich , and various Gulf states, the less respect they earn in return.

It is hard to be both the world largest importer of gas and oil and the loudest critic of fossil fuels, but has managed to do it.