Most dietary supplements don't do anything. Why do we spend $35 billion a year on them? 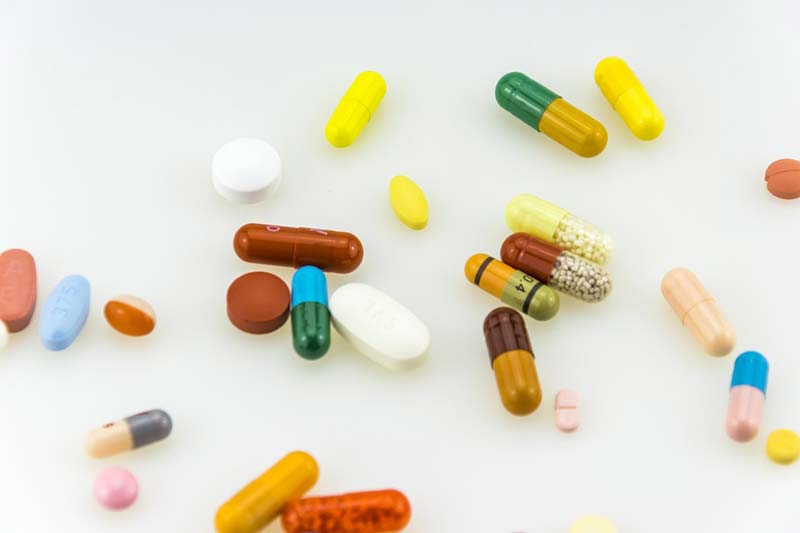 How is it that perfectly respectable public-health initiatives, such as vaccines and water fluoridation, give rise to suspicion and conspiracy theories, while an entire industry that's telling us out-and-out falsehoods in order to take our money gets a free pass?

Dietary supplements, people! Where is the outrage?

Every year, Americans spend something like $35 billion on vitamins, minerals, botanicals and various other substances that are touted as health-giving but mostly do nothing at all. Nothing at all!

Could the entire category really just be a rip-off? I turned to the National Institutes of Health. I spoke with Carol Haggans, a scientific and health communications consultant with the Office of Dietary Supplements, about vitamins and minerals, and to Craig Hopp, deputy director of the National Center for Complementary and Integrative Health, about botanical and other kinds of supplements.

My question was the same: Which dietary supplements actually have well-established benefits?

"It's a short list," Hopp told me. "Ginger for nausea, peppermint for upset stomach, melatonin for sleep disruption. And fish oil does seem to show some promise for cardiovascular disease, although some of the data is conflicting." He went on to list some of the supplements that haven't shown benefits in trials: turmeric, St. John's wort, ginkgo, echinacea.

On the vitamin and mineral side, Haggans pointed out a couple of wins. Folic acid reduces risk for fetal neural tube defects, and it is widely recommended for women who may become pregnant. Vitamin B12 in food is sometimes poorly absorbed, she told me, and supplements can help in people over 50 (and vegans, because B12 comes from animal products). Then there's a combination supplement that may slow the progression of macular degeneration. It's also possible a daily multivitamin may decrease some disease risk.

Beyond that, supplements can help fill in a nutrient gap if you don't get enough, say, magnesium in your diet, but we don't have a lot of compelling evidence that using supplements to do that improves health outcomes.

I also checked in with Andrea Wong, senior vice president for scientific and regulatory affairs for the Council for Responsible Nutrition, a supplement industry group. She mentioned some of the same benefits and added that the Food and Drug Administration allows a health claim on calcium, or a combination of calcium and vitamin D, for reducing risk of osteoporosis.

That covers the noncontroversial territory, where both industry and independent scientists agree that there's at least some evidence of benefits. If you've got a favorite - niacin? garlic? - you could try to make the case. (If you want to investigate your supplement of choice, a good place to start is with NIH fact sheets.) This column is obviously too short to adjudicate every single one, but Hopp's assessment stands: It's a short list.

But how about the vast expanse of shelves of dietary supplements that aren't among those listed? The ones that purport to give you energy, support your immune system, stimulate hair growth or enlarge your penis? Wong points out that the FDA does regulate those claims; the agency requires that they have substantiation and be truthful.

You can hop on over to the FDA's website and read about what exactly constitutes "substantiation," and you'll find it's a low bar. I have yet to talk to a scientist who takes dietary supplement claims seriously, so I asked Wong to refer me to one - somebody with no ties to industry who believed the health claims made on dietary supplements were meaningful.

Think about that for a second. The dietary supplements industry group couldn't point me to a single independent scientist who comes down on their side of this. Wong made the case that I shouldn't dismiss research out of hand just because it's done by industry. And I agree, although I always take the funding source into consideration. But if the body of evidence were compelling, at least some independent scientists would be persuaded. They're not. They're just not.

On top of that, some dietary supplements can be downright harmful. There's no requirement that supplement companies establish safety before they market their products, but they are required to report serious adverse events, and the FDA monitors those. If things get bad, they step in.

Peter Lurie, president of the Center for Science in the Public Interest, points to ephedra as the poster supplement for the harm the category can do. It's a substance that occurs naturally in some plants, and it was marketed as an appetite suppressant and energy booster. But then 155 people died, and the FDA took it off the market in 2003. But it's the only dietary supplement that has been banned in the history of dietary supplements.

Lurie points out that even vitamins, which we think of as, at worst, benign, can increase disease risk: In trials, beta-carotene increased risk of lung cancer in smokers, and vitamin E increased risk of prostate cancer. According to Haggans, high doses of vitamin A can cause birth defects, and too much iron can even be fatal. "With vitamins and minerals," she says, "the main risk is getting too much."

Lurie is also concerned that we don't have a good way of knowing what damage supplements do. We have little safety information on the active ingredients, adulteration and contamination are real problems, and only serious adverse events are required to be reported to the FDA. It's more than reasonable to believe there may be dangerous products on the market; we just don't know what they are.

But take heart! "The reassurance, such as it is, comes from the fact that the products are mostly ineffective," Lurie told me.

That's the lay of the land. Supplements have very few benefits and some serious risks. So why do some three-quarters of Americans spend $35 billion on them every year?

I asked Alan Levinovitz, professor of religion at James Madison University and author of "Natural: How Faith in Nature's Goodness Leads to Harmful Fads, Unjust Laws, and Flawed Science" (available in April). The first thing he pointed to was the pictures of fruits and leaves on the bottle, the emphasis on plant-based ingredients and the focus on naturalness. "Think about the names medicines have," he said. Atorvastatin! Tramadol! "They sound like alien space lords. Then look at supplements with names like Nature's Way."


People feel comfortable with herbs and other botanicals, and they feel empowered by the idea that they make these choices for themselves. "You're like a sorcerer," said Levinovitz. "Do I want to supercharge my brain or refresh my vitality? There couldn't be a more empowering place than the supplement aisle." The only problem, of course, is that "none of it's true."

Levinovitz sees ritual in supplement-taking; it's a way to counterbalance the disempowerment of modern medicine. "It's an unmet need," he told me, and he sees a parallel to prayer. How can we measure the value of those things? It makes no scientific sense, but what do we do about things that make no scientific sense but still matter to people?

Since people like supplements, and often think they do better with them than without them, I'd be reluctant to issue an across-the-board no-supplements diktat even if I could. But I can't stop thinking about what people could do with that $35 billion. For starters, you could buy every man, woman and child a hefty (1/2 cup, dry) serving of lentils every single day. Not only would that be 24 grams of protein and 10 grams of fiber, it would be a whole day's folate and hefty doses of thiamin, iron, phosphorous and zinc. Also soup. Take that, vitamin pill.

Alas, I don't think I can talk people into lentils any more than I can talk them out of dietary supplements. But maybe if someone could find a way to put them in a pill . . .