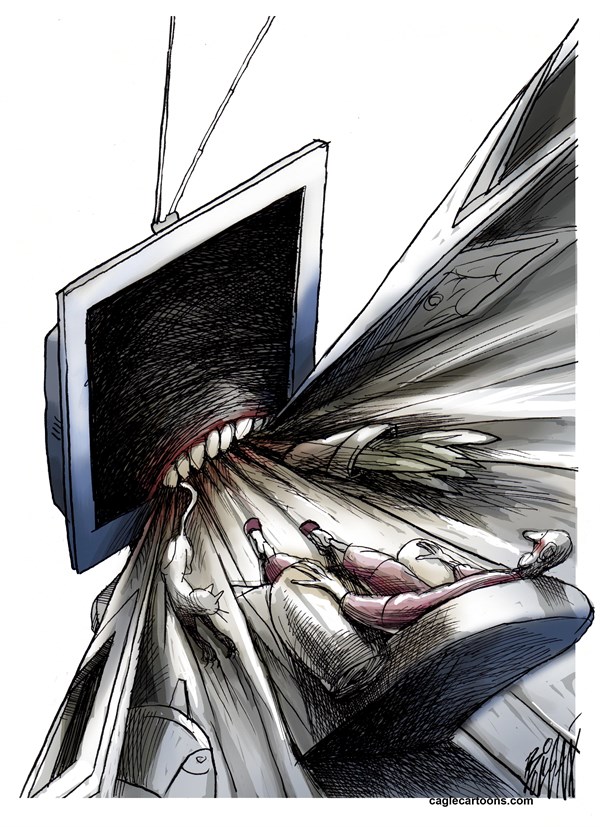 It's kind of interesting that the central goal of Democrats in the wild-and-wooly Capitol impeachment hearings is to use their misapplied, blistering power to ruin the re-election chances of Republican President Donald Trump.

Their central case against Trump is that this is the kind of thing he did — use his powers in delaying military aid to Ukraine to get the country to stomp on Joe Biden and thereby ruin his chances of replacing Trump as president.

The Democrats know, of course, that they are not going to get enough support from the Senate's Republican majority to give them the two-thirds vote necessary to actually evict the president.

Here, however, is what they have been enjoying: hours and days of TV time in which they lambast the president in every way possible in the hope of winning over voters. Their top spokesman, Rep. Adam Schiff, has demonstrated his skill as a debater as others jump in to call the Republicans treacherous to America, show videos out of context, toss misinformation into the mix and repeat points so often as to make sure no one misses them.

Because of the coverage of multiple TV networks, what it amounts to is one great big, incredible TV ad with millions watching. To obtain this opportunity, no money was required, just a rushed House procedure in which a whistleblower relied on hearsay for his allegations, Republicans were denied the right to call witnesses and minimal evidence was produced.

Schiff says the evidence was overwhelming and the truth inescapable even if he wants more witnesses to support the truth. You imagine him at a restaurant with a waiter providing a full glass of water. "Pour in more," Schiff demands. "But the glass is full," the waiter says. "I still need more water in the glass than that," Schiff would then bark, his eyes glaring, his rhetoric getting ready to flood the room and his tip likely to be withheld.

I have to say, though, that I myself would like to see a couple of witnesses on the stand, namely Joe Biden and his son Hunter. Trump had mentioned to the Ukrainian president in the famous phone call that he'd like an investigation of Biden. After all, Hunter Biden was vastly enriched when named to the board of directors of a Ukrainian energy company after Vice President Biden was named point man on Ukraine. The senior Biden threatened to withhold $1 billion in U.S. aid to Ukraine minus the firing of a prosecutor wanting to probe the company widely considered corrupt. All of this was a stark conflict of interest that even worried some in the Obama administration, and to think there's nothing objectionable is absurd.

When you put it all together, it is something Congress should rightly have looked into with serious reprimands as possibilities. But it and the other charges against Trump are not impeachable offenses, and to treat them as if they are is to erode our principles and open the door for impeachment as an everyday kind of destructive activity.

The Republicans, of course, are shouting back and making good points on such matters as defending executive privilege as crucial to presidents being able to manage the nation's affairs. They are absolutely right that what we have had here is a prolonged effort to rip the selection of presidents from the hands of voters by those seeing themselves as their superiors.

And they are right that the Senate is wasting time when there are oh, so many truly major issues to be addressed. The sooner we turn this TV ad off the better.