Don't tolerate hate in the name of inclusion 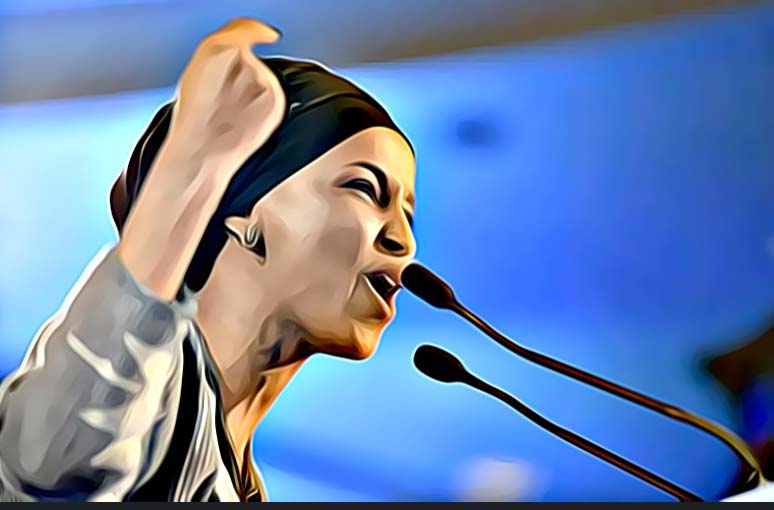 Rep. Steve King (R-Iowa) is the poster child for the Republican Party's problem with right-wing extremism. His fate also provides an object lesson in how American democracy has always had a knack for dealing with people who challenge the nation's basic values. Unfortunately, Democrats who felt that the GOP was engaging in selective discipline for their members aren't prepared to apply the same standards to their own caucus.

In the same week that House Minority Leader Kevin McCarthy (R-Calif.) stripped King of all of his committee assignments (a move that not only marginalizes him, but also makes it far more likely that the end of his long tenure in Congress is in sight) for making a series of statements that seemed to endorse white supremacy and white nationalism, Democrats rewarded one of their own extremists when they gave Rep. Ilhan Omar (D-Minn.) a coveted seat on the House Foreign Relations Committee.

Omar was a major part of one of the 2018 midterm elections most uplifting stories: the election of a record number of women to Congress. She also became the first Somali-American immigrant elected to the House of Representatives and did so alongside Rep. Rashida Tlaib (D-Mich.) who similarly became the first Palestinian-American woman to enter Congress.

As such, the pair's political success is a tribute to American democracy that continues to prove that neither religion nor immigrant background of any kind is a barrier to high office in the United States.

However, while both of them seem to exemplify the American dream, they also demonstrate that expressions of hatred and prejudice are not the exclusive preserve of middle-aged white males like King. Yet it would appear that Omar's and Tlaib's status as groundbreakers for women, immigrants and Muslims seems to have given them a degree of impunity for bad behavior that bodes ill for the future of American public discourse.

King's defenders on the far-right claim that he was unfairly pilloried when the House voted to rebuke him last week after he was quoted in The New York Times as questioning why terms like "white nationalism" and "white supremacy" or "Western civilization" had become offensive. While one can parse those comments in a manner that might be defensible, he has a long history of hateful comments, as well as associating with hatemongers, such as his endorsement of white supremacist Faith Goldy for mayor of Toronto. His offensive suggestion that "other people's babies" (meaning, non-WASPs) couldn't preserve Western civilization was hateful as well as inaccurate.

As I pointed out in National Review at the time, those who could be called "other people's babies" had been fighting and dying to preserve American democracy since before Iowa had become a state. It was high time for House Republicans to make it clear that King's brand of nativist hate had no place in their party.

But while Democrats may feel that Republicans should also upbraid U.S. President Donald Trump for some of his own offensive comments, their silence about Tlaib and Omar exposes them as hypocrites.

Tlaib made headlines for using profanity when vowing to impeach Trump. She received less attention from the mainstream press for tweeting that those who support an anti-BDS bill being debated in the Senate were guilty of dual loyalty, a classic anti-Semitic smear intended to brand supporters of Israel as part of a nefarious conspiracy.

Like Tlaib, Omar is a supporter of BDS — a movement that aims to single out the one Jewish state on the planet for pariah status. While it's possible to oppose the anti-BDS bill without embracing hate (though the claim that the legislation, which bans compliance with discriminatory commercial conduct, violates the right to free speech is utterly bogus), advocacy for BDS is an expression of prejudice against Jews and therefore indistinguishable from anti-Semitism.

Support for BDS is not the only proof of Omar's hate. In 2012, she invoked classic anti-Semitic conspiracy theories about the nefarious powers of Jews when she tweeted that "Israel has hypnotized the world. May Allah awaken the people and make them see the evil doings of Israel."

When given a chance to disavow that comment this week in an interview with CNN's Christiane Amanpour, she refused, and instead merely said they "were the only words I could think about expressing at the moment," and that Jews shouldn't be offended by her attacks on the Israeli "regime."


The problem here is that far from being pilloried for her hate, Omar is still being feted as a progressive heroine in the mainstream media, as Amanpour's softball interview with Omar demonstrated. While, as Amanpour prompted Omar to say, criticism of Israel's government isn't anti-Semitic, accusing Jews of hypnotizing the world and supporting the elimination of the only Jewish state most definitely is.

But instead of being placed in the dock alongside King, Omar (who, in a separate CNN interview, spread slander about Sen. Lindsey Graham (R-S.C.) without providing any evidence) is being rewarded by her party with a seat on the Foreign Relations Committee. While she will be just one voice on a panel whose new chairman, Rep. Eliot Engel (D-N.Y.) is an ardent friend of the Jewish state, she will nevertheless be able to use her place there as the sort of bully pulpit that Israel-haters have lacked up until now.

There are those who dismiss complaints about either Omar or Tlaib as merely diversionary tactics by Republicans who aren't as fastidious about Trump's various offensive comments. But that sort of "whataboutism" is as disingenuous as attempts to excuse King. If he doesn't deserve any committee assignments — and he doesn't — then neither do they.

More to the point, it ill behooves those who, in spite of the president's close connections to Jews and exemplary support for Israel, attempt to connect the dots between Trump and anti-Semitism to decide that the same scrutiny shouldn't apply to Democrats. Those who are willing to tolerate Omar's and Tlaib's hate in the name of inclusiveness or solidarity with fellow progressives and Democrats, which appears to be their party's official position, are in no position to criticize King or, for that matter, the president.