Trump lost the shutdown. But there's a way he can get his leverage back 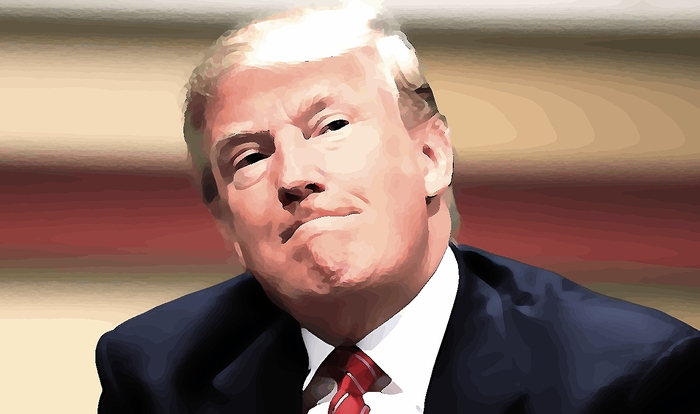 Having lost the government shutdown standoff, President Trump has also lost his leverage. But there is one way he can get it back.

Democrats are standing firm in opposition to a border wall, but they have also been at pains to argue that they are not weak on border security. House Speaker Nancy Pelosi, D-Calif., and Senate Minority Leader Charles Schumer, D-N.Y., say Democrats support "smart, effective border security solutions -- just not the president's wasteful and ineffective wall."

Trump should call their bluff. He should go back to the experts at the Department of Homeland Security and ask them: If Democrats refuse to give you the addition physical barriers you have said are essential to secure the border, what other funding would you need to make up for it? How many extra border agents would you need in the absence of a wall? How many more canine units? How much more for improved coordination with state and local law enforcement in our border communities? How many more Immigration and Customs Enforcement agents for interior enforcement? How much for underground sensors, radar, unmanned drones and fixed towers with infrared cameras? How much more advanced detection technology at our ports of entry? How many more portable scanners to detect smuggled narcotics, weapons and other dangerous materials? How much for construction of new ports of entry? How many more immigration judges? How much for employment eligibility verification? How much more in humanitarian assistance and medical support for those detained at the border? How many more detention beds and temporary housing units for migrant families? How much more for DNA testing to establish family relationships? How much to set up a new system that will allow Central American minors to apply for asylum in their home countries?

The total, he should tell the border professionals, can be far more than $5.7 billion. Just tell me what you need -- the sky's the limit.


Then, the president should then use his State of the Union address to demand that congressional Democrats fund every single penny. He should announce that if Democrats won't pay for a wall, this is what border agents and homeland security professionals say they need immediately to secure the border without one. Unfortunately, it is more expensive to secure the border with people and technology than it is with steel slats.

Trump should make clear these demands are nonnegotiable. He will not make any concessions for them. No protections for "dreamers" or extension of the Temporary Protected Status program. Those things are still on the table, but only in exchange for a physical barrier.

But Democrats will not refuse, because they have no grounds to do so. They have repeatedly claimed over the past few weeks to support such measures. Well, now it is time to start funding them.

Such a massive border security request would divide the Democratic caucus. While Democratic leaders claim they want to secure the border, their rank-and-file members do not. Those members want to abolish ICE, not give it more resources. If Trump wants to pit the likes of Rep. Alexandria Ocasio-Cortez, D-N.Y., and her neo-socialist followers against Pelosi, this will do it.

If Democrats agree, then Trump can legitimately claim to have done more than any president in history to secure the southern border. He will have essentially built a virtual wall. And he can do all this without giving up on a physical barrier. Trump can make clear that he will make wall funding a condition of every policy initiative that Democrats put forward in the coming two years. He can declare that he is more than willing to cut a bipartisan deal to reform our broken immigration system -- as long as that deal includes a wall.

Right now, Democrats have a winning hand when it comes to a border wall. But when it comes to border security, Trump essentially has carte blanche. Democrats have little choice but to give him pretty much anything he wants to secure the border short of a physical barrier. If he recognizes this reality and uses it to his advantage, he can still win.