Trump-Hating Media Destroys It's Own Credibility 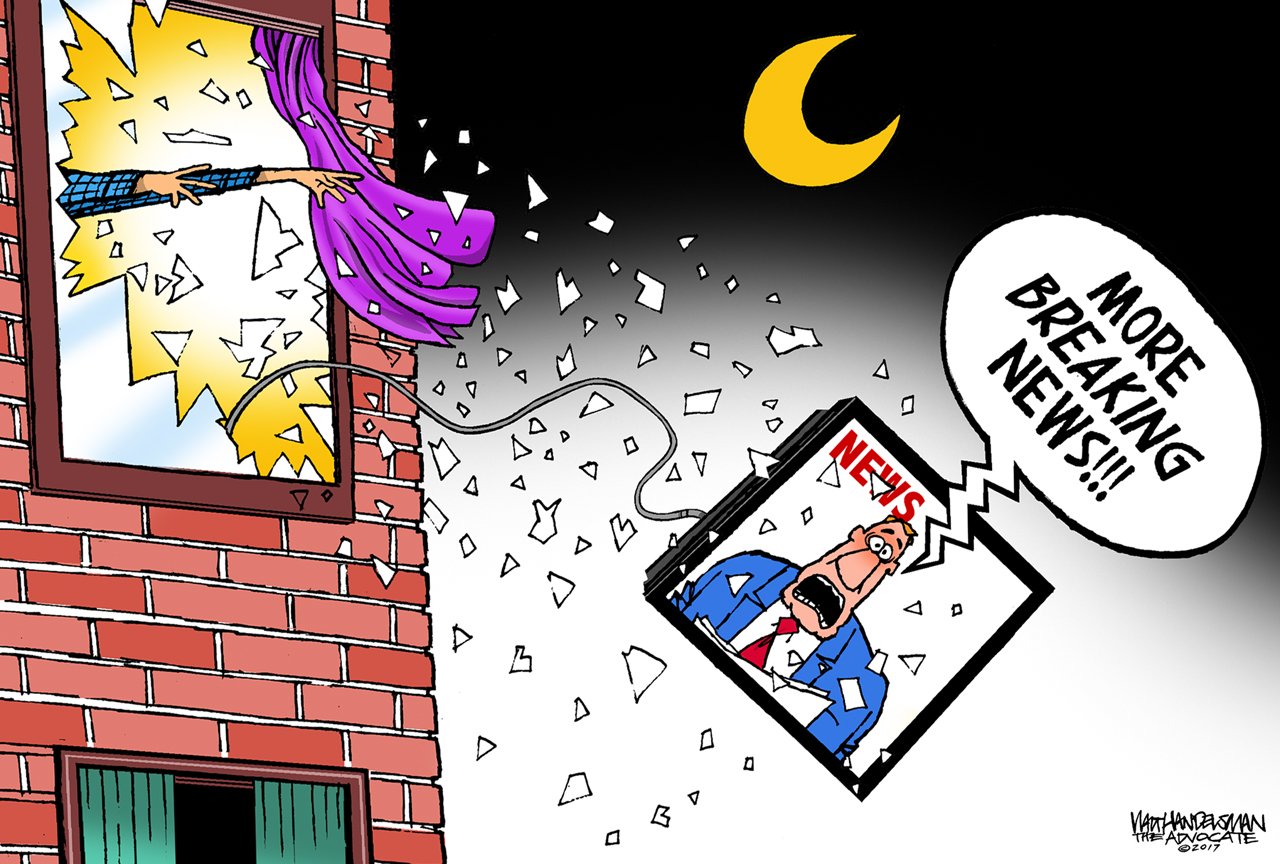 When you are a jackhammer, everything looks like a broken sidewalk. This is why the Trump-hating media are demolishing themselves.

The Left’s journalists and artists are so deeply consumed by vile, vicious, venomous rage towards President Trump and his supporters that they have become incapable of clear thought.

Just about daily, they soil themselves and stain beyond recognition the notion of a free press as a bulwark of American liberty. Instead, they humiliate themselves while aiming to “get Trump” and reverse the results of the 2016 election, which they remain too juvenile to accept, even halfway through Trump’s term.

Leftist journalists and “entertainers” perpetrated an appalling rush to misjudgment regarding the MAGA-hat-wearing students from Kentucky’s Covington Catholic High School. Responding instantly to an abbreviated video shot in front of the Lincoln Memorial, this media mob immediately bullied these teenage boys as white-supremacists who tormented Nathan Phillips, a Native American Indian activist.

“Have you ever seen a more punchable face than this kid’s?” TV personality Reza Aslan asked via Twitter about Nick Sandmann, who stood in front of Phillips. “Fire on the maga [c***s******],” wrote Los Angeles DJ Michael Buchanan, AKA Uncle Shoes. “LOCK THE KIDS IN THE SCHOOL AND BURN THAT [B****] TO THE GROUND.”

Jack Morrissey, co-producer of Disney’s 2017 live-action remake of "Beauty and the Beast," was beastly indeed via Twitter: “#MAGAkids go screaming, hats first, into the woodchipper.” CNN alumna and alleged comedian Kathy Griffin, who once proudly posed with a mock-up of President Trump’s decapitated head, insisted: “Name these kids. I want NAMES. Shame them. If you think these [f******] wouldn’t dox you in a heartbeat, think again.”

These boys and their families soon received death threats and demands that their parents get fired from their jobs. For safety’s sake, Covington shut down this week.

But additional video told a 180-degrees different story. The boys clapped along as Phillips banged his drum in Sandmann’s face. The teen smiled silently. As it happens, the only racist homophobes on the scene were… the Black Hebrew Israelites. They called the teens “[c*******]” and “a bunch of [f******] made out of incest.”

America’s so-called “Paper of Record” reported January 11 that the FBI probed the president for allegedly advancing Russia’s agenda. The Left-wing media erupted into a war dance, convinced that Donald J. Trotsky must be a KGB deep-cover asset, perhaps transferred from Leningrad to Queens as a boy, via Soviet submarine.

The Trump haters skipped right past a buried detail that confirms the pointlessness of the FBI’s equally Trump-despising former leadership: The Bureau found no evidence that Trump works for Vladimir Putin.

The Leftist media’s relentless acid throwing surely has damaged Trump. Imagine how much more popular and successful he would be if his major-network evening news coverage were not 90 percent negative in 2018, according to the Media Research Center.

But this caisson of non-explosive “bombshells” has run right over the media’s feet, turning them to mush.

Objective journalism is dead. Its replacement? Wall-to-wall seething hatred of America’s commander-in-chief and countless examples of Left-wing celebrities who publically fantasize about assassinating the president of the United States.

These epic fails should chasten media people, so they calm down, rejuvenate objectivity, and check flimsy stories at least briefly before cartwheeling like circus clowns about the latest “evidence” of wrongdoing by Trump and his followers.

More likely, though, the Trump haters have learned nothing from all of this. As they labor to destroy the president, these ink-stained suicide bombers are destroying themselves.