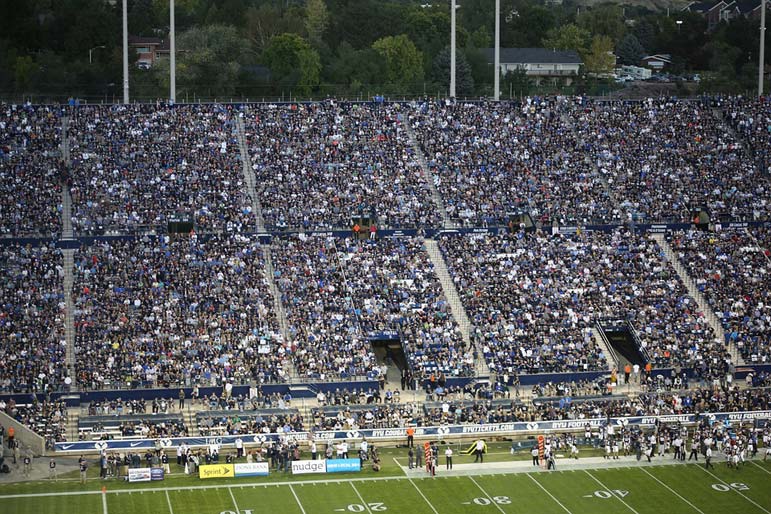 Advanced data analytics have transformed the world of big business. But one multibillion-dollar industry continues to resist the attraction of drilling down into the numbers to find surprising results that yield market advantage. I refer to professional football.

Consider the events of this week. In the National Football League, the day after the last games are played is called Black Monday, because it's typically when frustrated owners fire losing coaches.(1) This year, two head coaches were dismissed during the season, and since Sunday's contests, two more (as of this writing) have joined their ranks. More are expected to follow.

Firing the coach of a bad team is so common that only six of 32 NFL teams have the same head coaches today that they did in 2011. And the 26 teams that have switched coaches have, on average, switched twice. Firing the coach when the team loses might be called an NFL tradition.

But is it a sensible one?

A lot of sports analytics people are skeptical. While nobody argues that the head coach doesn't matter, plenty of numbers-crunchers say that he matters a lot less than fans tend to think. Coaches are fired essentially for compiling poor records. But wins and losses are a crude measure of team quality. In Major League Baseball, where teams play 162 games a year, and perhaps in the National Basketball Association, where they play 82, this approach might make sense. Because the football season lasts only 16 games, however, luck can play a large role. A couple of fumbles that bounce in strange directions, a highly accurate kicker who misses a potential game winner, a wide receiver who drops what would have been a touchdown - in a short season, these and other bits of randomness can transform what might have been a winning team into a losing one.

When this happens, it's not obvious that the solution is a new coach. Brian Burke, one of the giants of football analytics, makes the point simply and clearly: "Firing and replacing a losing coach doesn't appear to have much effect beyond what regression tells us would happen anyway." Simple coin-flip experiments show that even if every team has a 50-50 chance of winning every game, some will do significantly better than others, not only over the course of a handful of games, but even over a run of two or three seasons.

It's easy to predict that at the end of the third season, the coach of Team A will be rewarded with a fat new contract. The coach of Team B will be fired. Quite possibly, no owner will ever consider him for a head coaching job again.

But here's the thing: The records above were generated entirely at random, using a coin-flipping program. They have nothing to do with the skill of the coach or the players. They're just short-run trends of a 50-50 coin flip that will eventually regress to the mean.

Suppose that we continue for two more seasons:

These records are randomly generated by the same coin-flipping program. By this time, Team B of course has a new coach. Now he's the hero, given full credit for turning the team around. Meanwhile, fans of Team A are wondering whether the game has passed the coach by. And yet all we are really seeing is regression to the mean.

Again, this is not to say that the identity of the coach makes no difference. But on the data, that difference can be tough to quantify. A 2003 study of professional soccer found that once quality of opponents was taken into account, firing the coach had essentially no effect on team performance. A 2011 study, also of soccer, found a short-term boost in team fortunes that became "nonexistent" as more matches were included. So figuring out which coach to hire requires assessing more than a won-loss record over a few seasons.

Most NFL head coaches are pretty good, or they wouldn't be NFL head coaches in the first place. But they're not as good as Bill Belichick. We know Belichick is good not because he had one or two great years but because his teams have won a lot of games over a great many years. (And, yes, it's fair to debate how much of Belichick's success is due to Tom Brady, and vice versa.)

A well-known 2008 empirical study found that the principal difference among football coaches involves their ability to "synchronize" their resources (that is, players) to maximize the benefit gained from their various skills. This research yields the paradoxical insight that a slight improvement in the ability of the coach makes a larger difference with a poor team than with a good one.

If this insight is correct, then the coach who is unsuccessful with relatively poor players ought indeed to be on the hot seat. But the coach whose team full of world-beaters always makes the playoffs might be no better than average. So if you're the owner of a bad team and want a new coach, don't go after the big name who won the Super Bowl five years ago with a squad of superstars; look for the fellow who got the most out of what the analytics folks like to call "replacement-level players."

And, while we're on the subject, an owner who wants to win might look for a coach who understands the value of digging deeply into the data. (To take a single example, a data-driven coach would understand that a team will maximize its points by punting a lot less often than has become common.) Plenty of sports analytics firms now exist to help out, and the NFL itself compiles rich and complex stats. Still, professional football has been slow to embrace the analytics revolution that has transformed other sports.

Until this changes, disappointed owners and fans will go on blaming the coach when things go awry - and guessing wrong on which new one to hire.