Palestinian president shows the world who he really is --- believe him 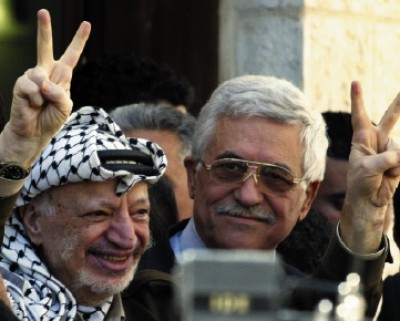 There are two ways to understand the two-and-a-half hour rant Sunday from the Palestinian president, Mahmoud Abbas, in which he called for discarding past agreements with Israel.

The first way is straightforward: He means it. As Maya Angelou famously said, "when someone shows you who they are, believe them the first time." In the case of Abbas, he has been showing us who he is for a while now.

He defends Palestinian Authority payments for terrorists. He called murderers "heroic brothers" when they were released by Israel in 2013 as a condition for restarting peace talks. In December he urged the Organization of the Islamic Conference to reconsider its recognition of Israel.

So when Abbas gives a Castro-esque speech laced with fake history about Israel being a colonial project of Europeans, it fits a pattern.

The second way of understanding his rant requires some creative accounting. Abbas doesn't really mean it. Abbas has been a patient peace partner now for 15 years, but along comes President Donald Trump, who recognizes Jerusalem as Israel's capital and asks Saudi Arabia to pressure Abbas to take a deal. What do you expect?

This is the interpretation of J-Street, the Soros-family-funded advocacy group that touts itself as pro-peace and pro-Israel. A J-Street statement on the Abbas speech began with this throat clearing: "Sunday's speech by President Abbas no doubt reflected his own and the Palestinian people's deep despair at the ever-deepening occupation and the lack of diplomatic progress toward resolving the Israeli-Palestinian conflict."

J-Street was careful to stipulate that this despair was "no excuse for calling into question either the Jewish connection to, or Palestinian recognition of, the state of Israel." But let's not lose the plot. This group asserts that Abbas would not have delivered his rant "if it were not for President Trump's inept and disastrous missteps regarding the Israeli-Palestinian conflict."

J-Street here is succumbing to a fallacy of international relations. Call it the prime-mover theory of geo-politics: There is always something America can or shouldn't do that determines the behavior of its adversaries and allies. We see this misunderstanding all the time. People say that had George W. Bush not invaded Iraq, there would be no Islamic State. Had Barack Obama not withdrawn prematurely from Iraq, there would be no Islamic State. You get the picture.

But foreign affairs are never so simple as one cause having one effect. And this brings us back to Abbas. The 82-year-old Palestinian leader certainly had reason to be disappointed with Trump's decision to recognize Jerusalem as the capital of Israel. He didn't like Trump's threats to cut off funding for the Palestinian Authority. But none of that quite explains a speech that wishes for the U.S. president's house to come to ruin, accuses Israel of importing drugs, and threatens to blacklist companies that do business in the occupied territory and report their names to Interpol for bribery.

To explain this vitriol as purely a reaction to despair or hopelessness is to ignore recent history. Abbas was elevated to his position after George W. Bush asked the Palestinian people to elect leaders not tainted by terror. Recall the Iranian shipment of arms coordinated by Abbas's predecessor Yasser Arafat in 2002, during the final months of the second intifadah. Abbas on the other hand had distinguished himself in this period by delivering a brave speech calling for nonviolent resistance to occupation, when Arafat was praising the suicide bombers.

The current Palestinian leader has been dining out on that speech now for 15 years, while consistently rejecting peace offers and later negotiations. In 2005, Israel unilaterally withdrew from Gaza and four settlements in the northern West Bank. This could have been the basis for new negotiations, but nothing happened.

Under Israeli Prime Minister Ehud Olmert, Abbas was offered an independent state in 2008. Olmert recalled in a 2015 interview that he told Abbas: "Remember my words, it will be 50 years before there will be another Israeli prime minister that will offer you what I am offering you now. Don't miss this opportunity." Abbas didn't take the offer. Instead he asked to study the maps.

To be sure, the Israelis too have continued to expand the population in existing settlement blocs. The world is less focused on the plight of Palestinians as the Middle East has moved on with the Arab Spring and civil wars that followed. But Abbas remains stuck today as he was in 2005 when he won his only election to be the Palestinian president. He is a prisoner of a dysfunctional liberation movement.

The Abbas we saw on Sunday was not a leader inviting his people to embrace dark conspiracies and hopeless struggle. Rather, Abbas was meeting many Palestinians where they already are. He was reflecting a movement that equates Palestinian nationalism with the negation of the Jewish state.

Eventually Abbas will die. His legacy will be that of a weak man who was unwilling and unable to challenge deep flaws in his people's liberation movement. If there is ever to be peace or Palestine, the Palestinians need a leader who will challenge a liberation myth that Abbas has never relinquished.