When Is a Crime Committed in the Name of Allah Not About Islam? 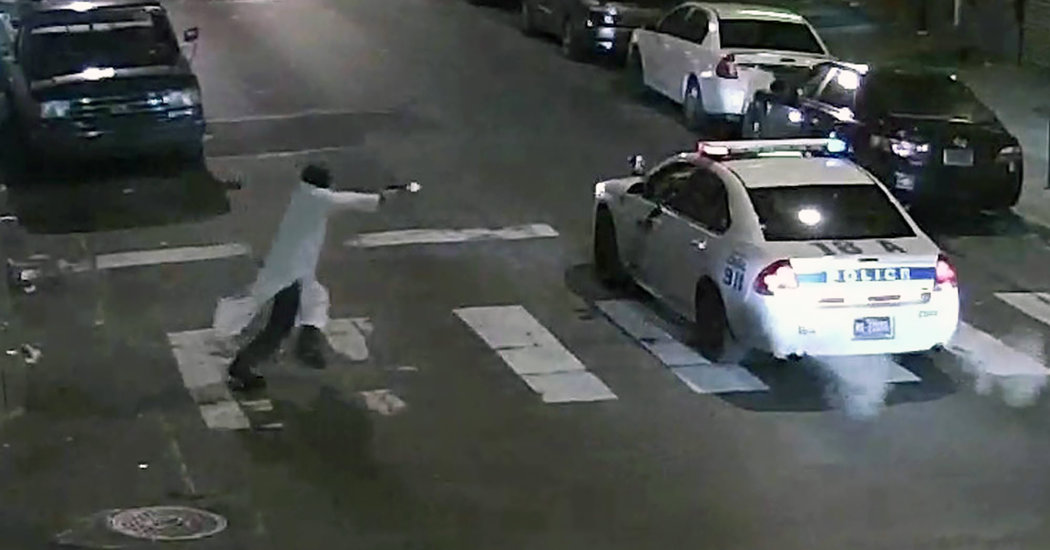 Politicians say dopey things all the time, but every now and then one of them says something so downright dim-witted that you have to stop and take notice.

Nancy Pelosi, of course, is such an example. When she said that Congress would have to pass ObamaCare so we could find out what's in it, I thought that was the dumbest remark I'd ever heard from a politician.

But sorry, Nancy, move over — we have a new winner.

In Philadelphia, you'll recall, a police officer was shot repeatedly while he sat in his police car. It was all caught on surveillance cameras. According to the city's police commissioner, Richard Ross, the gunman, who was captured moments after the shooting, told police he shot the officer in the name of Islam; that "the police defend laws that are contrary to Islam"; that all he wanted to talk about in the police station was his devotion to Islam.

Just seconds after Commissioner Ross made all this quite clear at a news conference, Philadelphia Mayor Jim Kenney, went to the microphones to declare: "In no way, shape or form does anybody in this room believe that Islam or the teaching of Islam has anything to do with" the shooting, which the mayor said, "does not represent the religion or any of its teachings."

To the blissfully delusional mayor, the incident was just your run-of-the mill crime. "This is a criminal with a stolen gun," the mayor said, "who tried to kill one of our officers. It has nothing to do with being a Muslim or following the Islamic faith."

Right after the mayor made a fool of himself, the head of the police department's homicide unit, James Clark, walked up to the microphones and said the shooter had repeatedly said that he was a follower of Allah and that he pledged allegiance to the Islamic State and "That is the reason I did what I did," he quoted the shooter as saying.

Did I mention that Mayor Kenney is a liberal Democrat? Did I have to?

What is it about so many on the Left that requires them to deny the obvious? If someone says he tried to kill a cop in the name of Islam, why pretend that's not what he did?

There was a time when the antics of the politically correct crowd were the butt of jokes. Speech codes on college campuses, for example, were, in their own way treacherous, but funny at the same time. There was a rule at one college that prohibited "inappropriate laughter" so as not to hurt the feelings of any of the hypersensitive students on campus. I know that's serious business but it's so ridiculous you have to laugh — at the left-wing jerks who came up with such a rule. As I've said many times: liberals over the years forgot how to be liberal.

When I heard about the remarks of the mayor in Philadelphia I went back to the files to find an op-ed I remembered reading in the Wall Street Journal on the subject of denial. It was by Ayaan Hirsi Ali who grew up a Muslim, is now an atheist, and who has become an activist calling for the reformation of her former religion. For this, she has received many death threats.

On March 20, 2015, she wrote this in the Journal: "I believe that it is foolish to insist, as Western leaders habitually do, that the violent acts committed in the name of Islam can somehow be divorced from the religion itself. For more than a decade, my message has been simple: Islam is not a religion of peace."

" When I assert this," she went on, "I do not mean that Islamic belief makes all Muslims violent. This is manifestly not the case: There are many millions of peaceful Muslims in the world. What I do say is that the call to violence and the justification for it are explicitly stated in the sacred texts of Islam."

Here's what liberals in our country, who deny the obvious, have in common: They have a dark view of America — and more specifically of Americans. They believe racism in general and hatred for Muslims in particular is embedded in the DNA of the American people. They believe bigotry is always lurking in the shadows, just looking for an excuse to strike. So they say Islam has nothing to do with crimes committed in the name of Islam in order to ward off the mayhem against Muslims they believe is waiting to be unleashed by hateful Americans — 99.9 percent of them, of course, being conservative Republicans.

We are constantly being told that if we see something we should say something. Most Americans of good will see very clearly what happened in Philadelphia. They see that a Muslim tried to kill a police officer in the name of Allah. They see a man whose guidance came from his Holy book. But if they say something — if they say the obvious — the mayor of Philadelphia and the other liberals just like him — will call them bigots.

Political correctness isn't funny anymore. It's gotten downright dangerous. And millions upon millions of Americans are fed up, refusing to deny the obvious. The mayor of Philadelphia may believe that Islam or the teaching of that religion had nothing to do with the shooting of that police officer. But no one else, with an ounce of common sense, believes it.